After a cliché-less Ferrari? Perhaps this Tiffany Blue Ferrari 430 Scuderia is just what the doctor ordered. Yes, although it looks a little like it came from the scene of the Smurfs, it is a proper Scuderia version of the Ferrari 430 supercar. 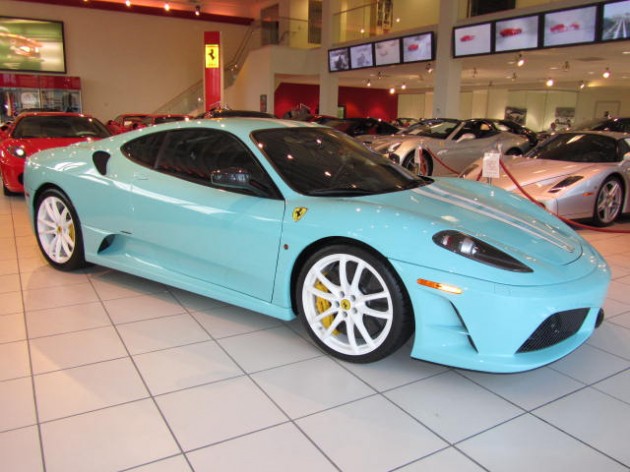 It’s currently up for sale at Ferrari of Newport Beach in the US. This is not your average Ferrari colour, it’s not even a special edition colour, the showroom itself actually came up with the idea and custom ordered it from Ferrari. The Tiffany Blue Ferrari 430 Scuderia advertisement explains,

“If you’re a serious car collector or just someone looking for an extremely rare find this is your car and the only one like it on the planet. We sent the Tiffany gift box along with the white silk ribbon to the factory and said match it!”

What do you think? From one viewpoint, a Tiffany Blue Ferrari 430 Scuderia has got a kind of cool beach theme to it, and it’s something different to the very usual red colour scheme. But on the other hand, it looks a little bit, umm… non-aggressive. We’re not sure. 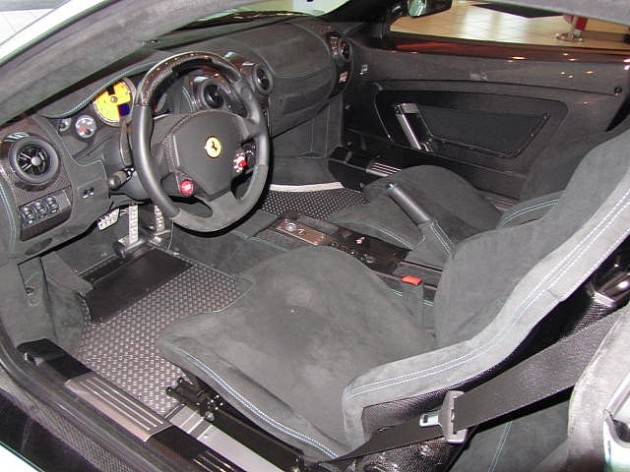 The other reason this Tiffany Blue Ferrari 430 Scuderia could be a cool buy is that it has only got 687km on the clock. This would surely make it one of the rarest and most mint condition 430 Scuderias around. What do you think of it?

If you’re interested, the buyer is asking US$219,000 (approximately AU$212,779). Head over to the Ferrari of Newport Beach website for the full details.