Sebastian Vettel has taken the Infiniti FX Vettel Edition SUV for a drive up the hill climb event at the 2012 Goodwood Festival of Speed. The special edition was initially unveiled at the 2011 Frankfurt Motor Show. 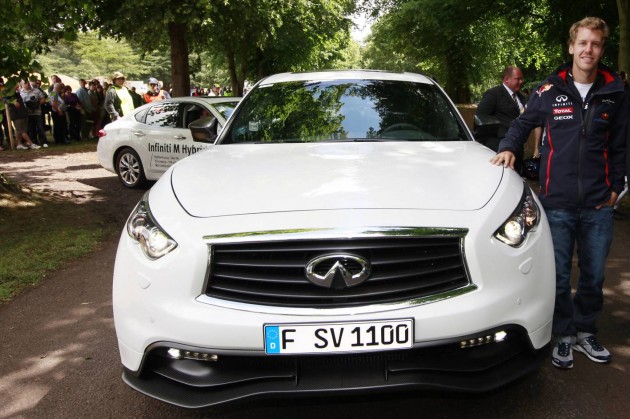 This is the first time Vettel has had the chance to drive the sports SUV, inspired by himself. From the original clay model design to the development of its components, Vettel was on hand to help out with its conception. Sebastian Vettel recently said,

“This is the first road car I have helped develop. The Infiniti handles really well and the power is good. It’s big enough to fit my mountain bike in, but the performance is really good and driving it up the Goodwood hill was great fun.

“It is fantastic for me to have contributed to the design of this car and I’m very excited to take delivery of my own!”

Just 150 examples will go on sale internationally. Sadly, none of them are set for release in the Australian market when Infiniti launches locally in September.