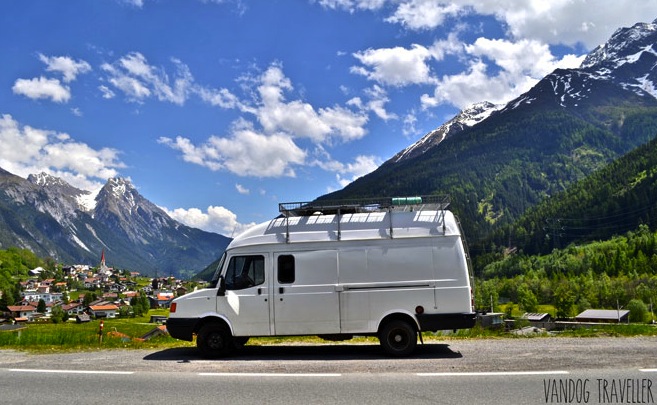 Step one: Quit job. Step two: Build camper van. Step three: Travel. With this trio of sentences, Mike Hudson perfectly describes the last eighteen months or so of his life. As you may have guessed from the intro, the 26-year-old Brit has realised something that merely remains a nebulous dream snoozing in many others’ minds. He decided to abandon his office career, converted a van into a mobile home, and started an incredible journey. 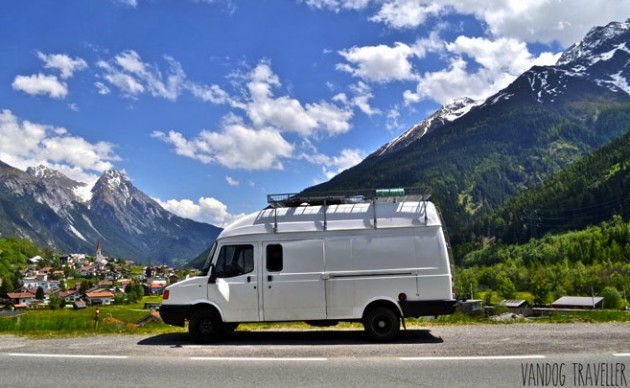 When Hudson first laid eyes on his future moving house (worth £2500, around AU$4650), it was mainly characterised by a stark white layout and prominently peeling paint. After a complete make-over process that took four months, the former systems engineer managed to turn the vehicle into a cosy domicile on wheels. A closer look reveals a charming interior where rustic wood dominates, which guarantees a pleasant and homely feel. Furthermore, it boasts all the necessary comfort that every sturdy globetrotter could wish for, such as a walk-in shower, a fridge, a gas cooker, and a multi-coloured hammock for lazy days.

Ever since March 2014, Hudson has been enjoying more than 16,000 km of travelling across the European mainland. So far, his movable dwelling has halted in France, Spain, Portugal, Germany, Austria, Slovenia, Hungary, Romania, Bulgaria, and Greece. As he is unemployed, Hudson lives off a daily budget of £10 (AU$28) and earns money through his blog and by performing as a fire juggler. For the record, he is not planning on returning to the UK soon.

If you want to keep track of Hudson’s latest odyssey stories, be sure to visit the VandogTraveller website. We should warn you, though, his vital wanderlust is highly contagious.