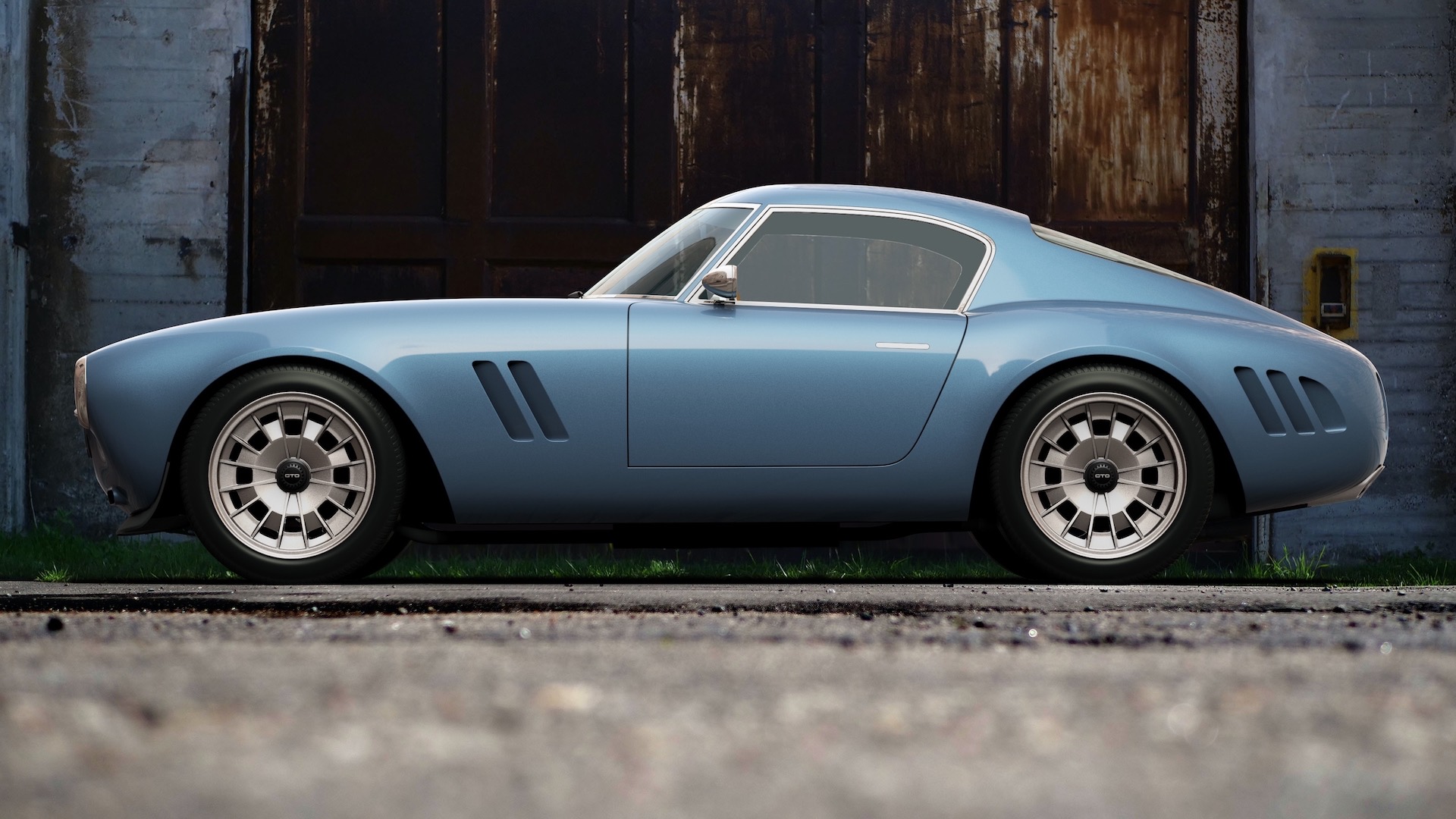 GTO Engineering has confirmed the styling and some engine specs for its soon-to-be-released throwback to the iconic Ferrari 250, called the Squalo. 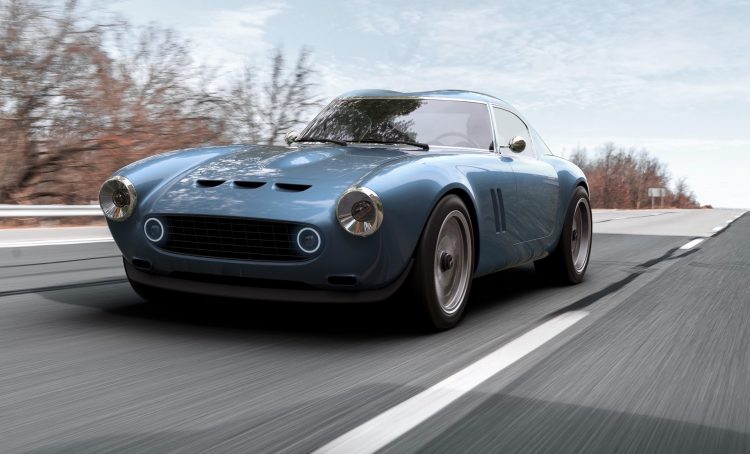 The name Squalo translates from Italian, meaning shark, and is the realisation of the GTO Engineering team who specialises in Ferrari servicing, repairs, engine builds, and complete restorations. The firm also, it seems, wants to be known as a full-blown manufacturer.

Previously codenamed Moderna, the Squalo is powered by a 4.0-litre quad-cam V12 with the carburettor surrounds removed for that extra special look a the intake trumpets. The company says it will announce more specific specs and the power output next month.

GTO Engineering also says the Squalo will weigh under 1000kg thanks to its steel-tube chassis, and extensive use of lightweight materials like carbon fibre and hand-beaten aluminium for the body panels. Expect an epic power-to-weight ratio. 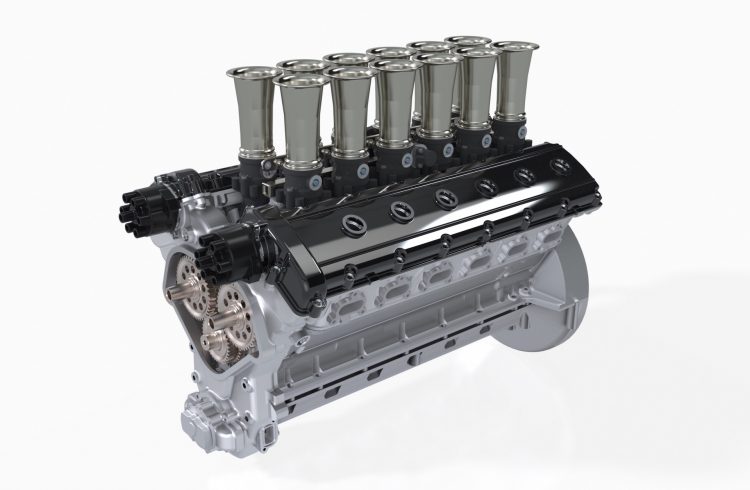 In a nod to the ’60s era and the Ferrari 250 GTO, in which its main design inspiration is drawn from, the Squalo will throw power to the wheels via a manual transmission (six-speed), with everything from the engine to the bodywork built completely by hand at GTO Engineering’s headquarters in Twyford, UK.

The company says that its design team has signed off on the Squalo’s bodywork and styling package, and has finalised the bespoke 18-inch alloys which are also a throwback to the classic period. An independent suspension setup for the Squalo is also locked in. 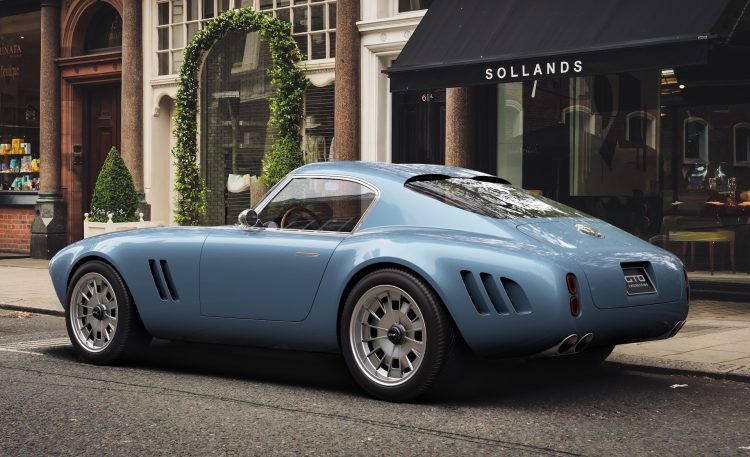 Since it first teased audiences with renderings and intent to produce a 250 GTO-inspired production car, GTO Engineering says it has been working away to achieve its goal of delivering the first customer-ready units in 2023. The company was established by Mark Lyon in the ’80s, who has since served as a sub-contractor for a number of Ferrari dealers around the globe. Lyon said:

“There’s been an outpour of admiration for what we’re doing here and we realise that a little bit of scepticism whether we’re actually making this: a V12-powered, sub-tonne sports car with a Sixties feel but modern reliability, enjoyment and manufacturing quality. We’re here to hopefully set the record straight to say yes, it’s happening and we’re sticking to our original ethos for the car as well as timing promises for production.” 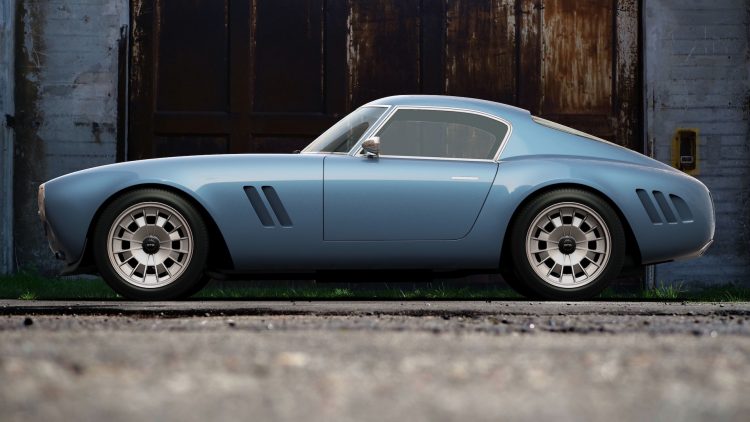 Lyon also says the company has taken in customer orders already, but admits it is the smallest parts of the car that are taking the longest time to finalise. He said

“We’re now at a stage where design models are being created here in the UK and soon we will announce our technical partners working with us on the exterior manufacturing and interiors, as well as wheels and tyres. In all my years of working in the automotive industry, I’ve never been as excited about the creativity of manufacturing and design as I am now.”

Stay tuned for more updates on this stunning creation. We can’t wait to see one driving and hear the beautiful V12 sing.