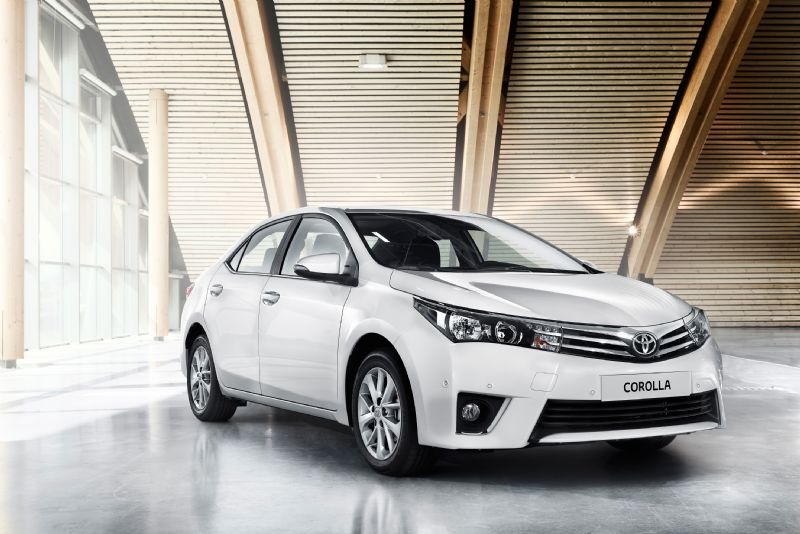 Toyota has unveiled the new-look 2014 Toyota Corolla sedan in two slightly different forms; a European version (pictured in white) and a US version. The local arm has confirmed Australia will receive a variation of the Euro version early next year. 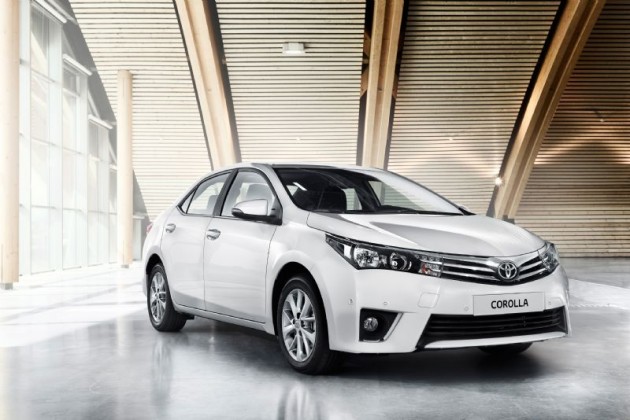 Showcasing a clear design relationship with the Toyota Furia concept car shown at the Detroit auto show earlier this year, the 2014 Corolla’s design is made up of two fundamental philosophies; ‘keen look’ and ‘under priority’.

The ‘keen look’ element is seen in the horizontal lines across the front end, which, Toyota says, underlines the width of the car and its hint of elegance. Meanwhile, the ‘under priority’ aspect is seen in the trapezoidal front grille layout. 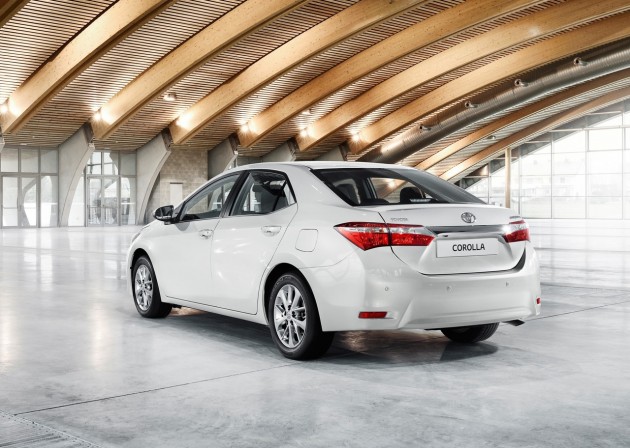 Other design highlights include the bolsters wheel arches, short front and rear overhangs for optimum driving dynamics and maximum cabin space, as well as a “premium” rear end with sophisticated taillights and a crisp boot line.

Specifications and technical data is yet to be announced, however, Toyota says the new sedan offers a “significantly roomier and quieter cabin”, an improved driving position with a lower set seat with more adjustability, and more cabin space, particularly in the rear where there is increased knee space.

Although the Toyota Corolla is not a performance car, it is Australia’s best-selling vehicle so far this year. Its global sales have reached 39.7 million since the first model was launched way back in 1966, of which 1.2 million were sold in Australia. Toyota said,

“Along with the hatch launched in Australia late last year, the new sedan is the 11th generation Corolla. It will be built in 16 locations and sold in more than 150 countries.”

The Australian introduction will take place during the first half of 2014. Click play below for a bit of an overview.