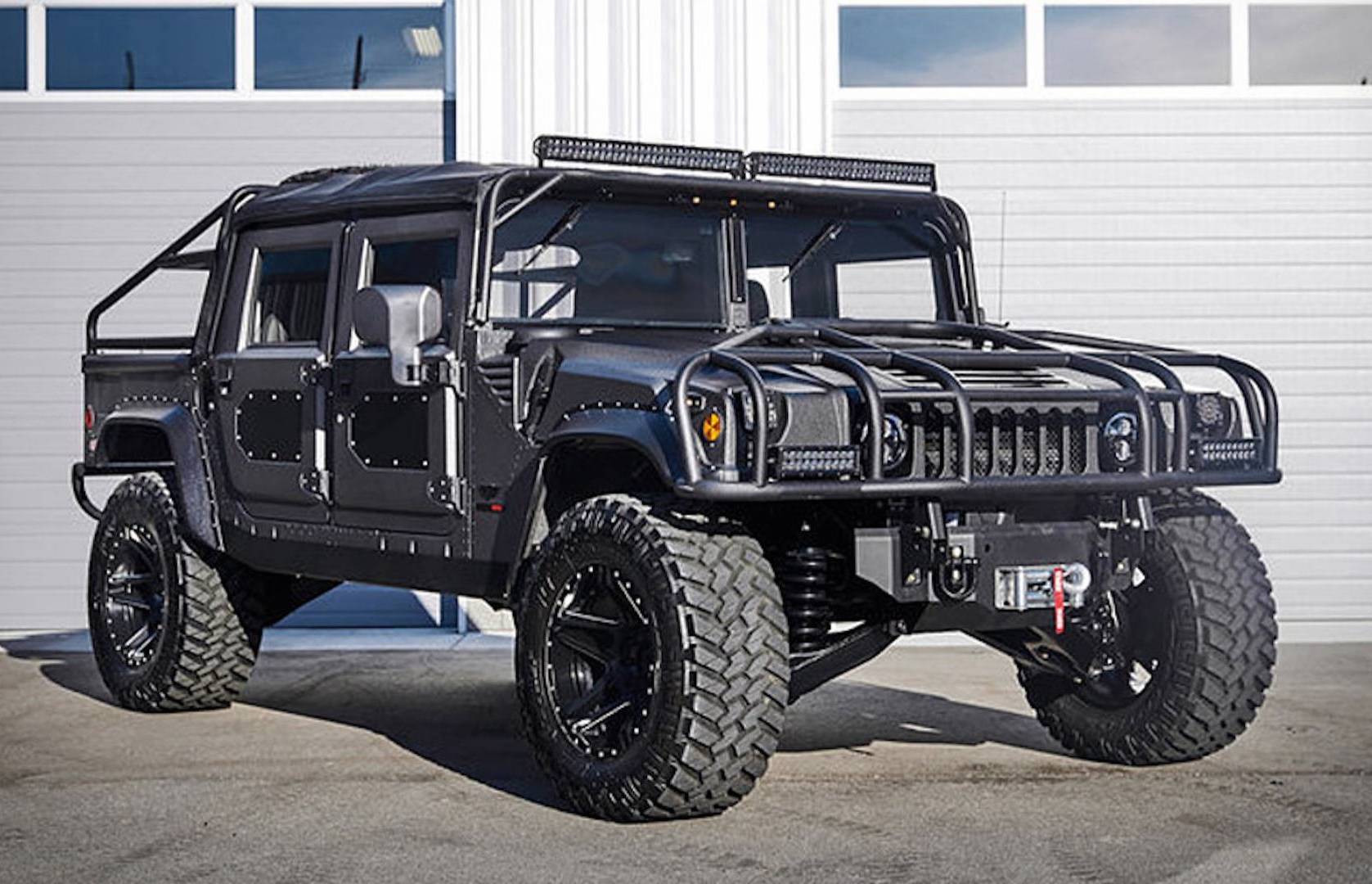 Looking to buy a new off-road beast and need something that will get you through anything? A Hummer H1 is usually a good place to start, but here’s a better version prepared by Mil-Spec Automotive. 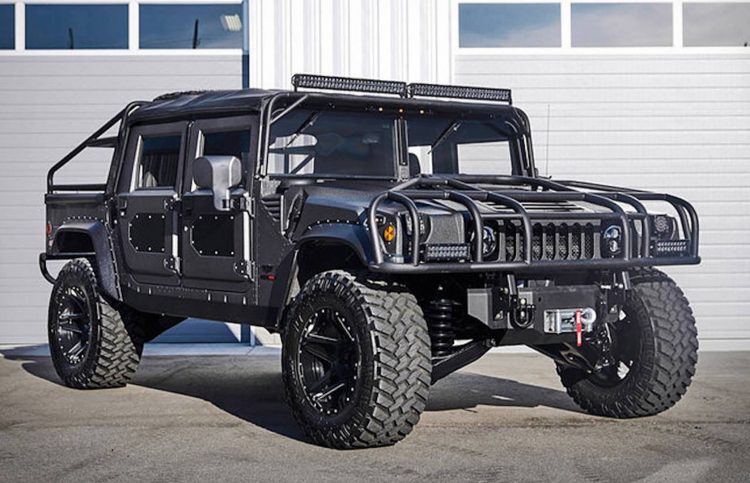 Taking the H1, which was originally designed for military use, MSA gives the body an external skeleton to protect all corners. A set of black alloy wheels are added on with chunky off-road tyres, however, instead of the factory-offered Central Tyre Inflation System, MSA offers an Inflation Control System with twin ARB compressors.

The interior has also undergone a major makeover, with improvements in comfort and connectivity, with custom aluminium parts everywhere you look, and military-spec leather. Almost every element is bespoke and made by MSA, with a sporty three-spoke steering wheel for the driver and climate vents front and rear with four MSA Design Works seats. There’s even a rear-view camera to bring it up to modern safety standards. 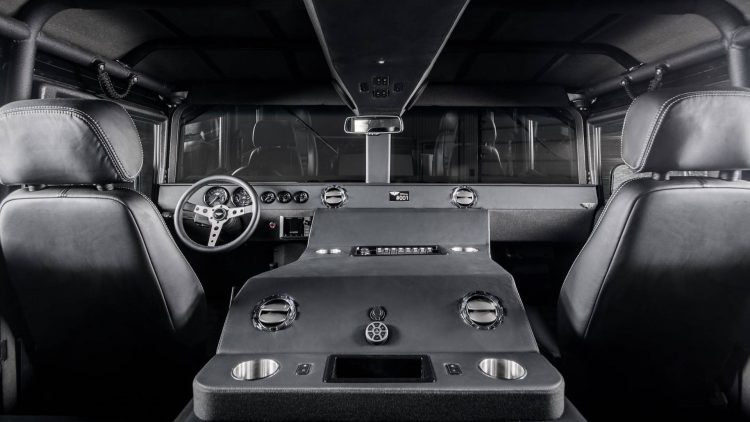 As for the power. Now, the original H1 wasn’t exactly known for its performance. MSA has solved this though by fitting a 6.6-litre Duramax turbo-diesel V8 under the bonnet. It’s also designed and hand-built by Mil-Spec Automotive, producing 373kW and 1356Nm. This is connected up to a six-speed automatic transmission with a manual transfer case with high and low range.

At each end there’s an independent suspension system with half shafts, portal hubs that use a 1.92:1 gear ratio, and custom MSA coil springs and dampers. There’s more than enough ground clearance, and even if there isn’t enough the underbody is fully protected.

There’s no mention on performance figures, but that’s not really what this vehicle is about. It’s more about climbing over or through any kind of terrain. Even the body is painted in heavy-duty coating so that its user can barge through anything.

Mil-Spec Automotive is planning to offer the package in five different body styles, ranging from hardtop, two-door, and four-door, and ute style. Check out the company website to go through all of the fascinating details and options.