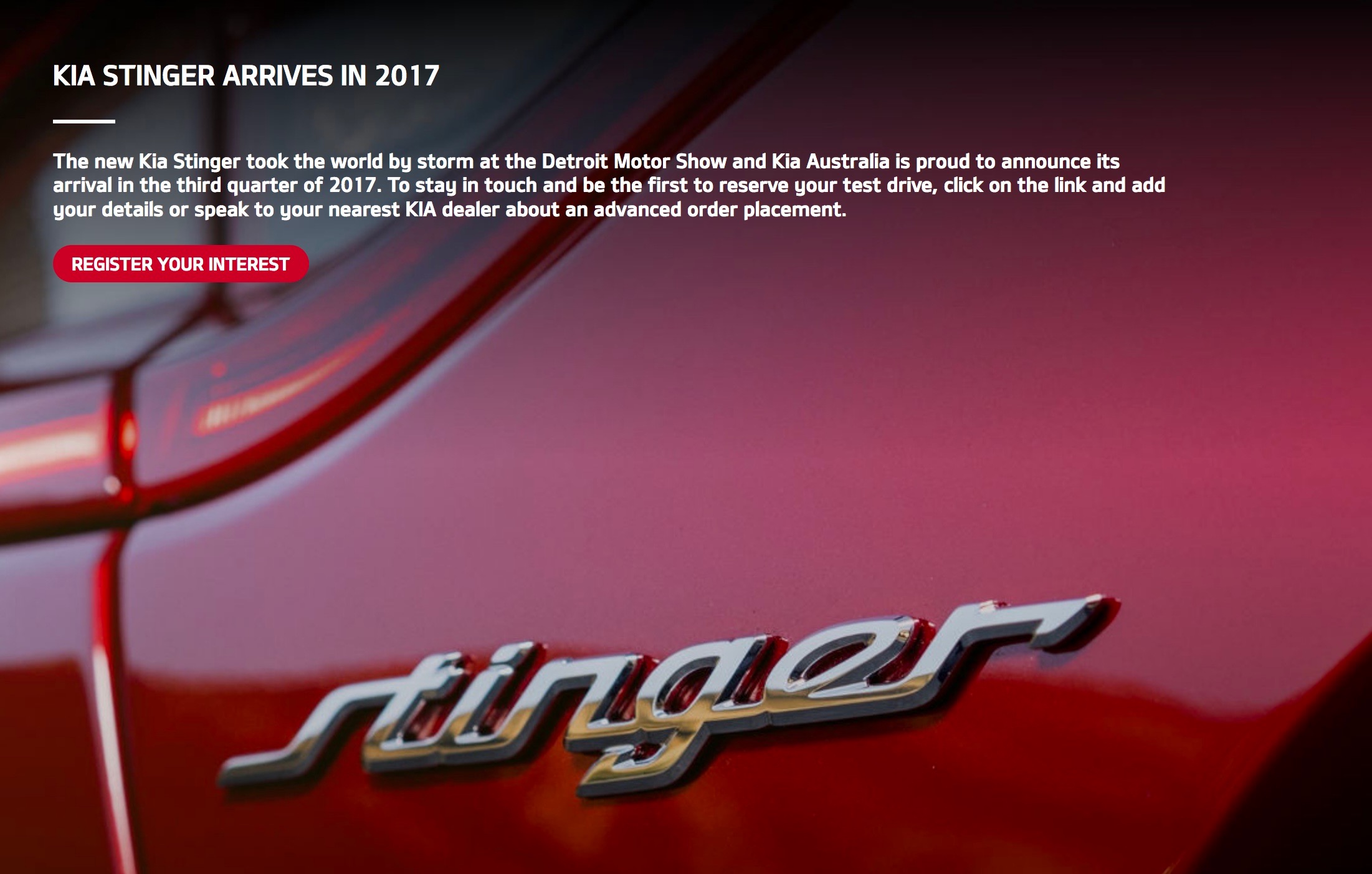 Kia Australia has confirmed the new Stinger rear-wheel drive sports sedan will arrive locally during the third quarter of this year. 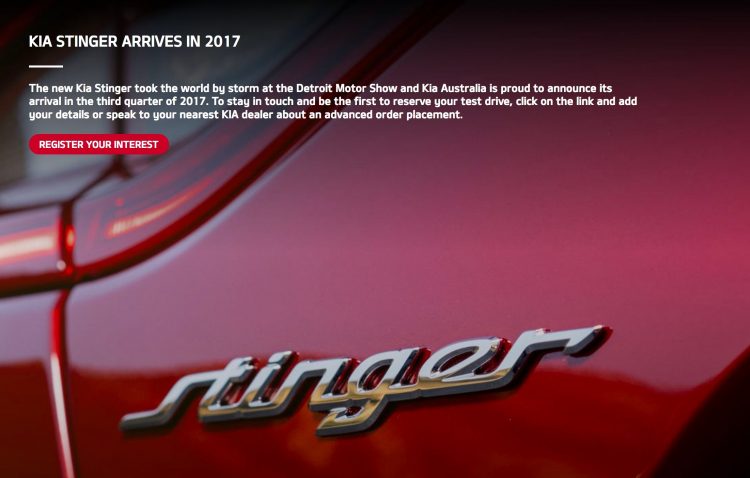 The confirmation comes from the company’s local website, that says it will arrive in the third quarter of this year. It also says the car, although originally developed on the Nurburgring in Germany, will be tuned for Australian conditions. According to the website:

“The new Kia Stinger has been developed on the legendary Nurburgring circuit and will be further refined by Kia Australia to ensure the best ride, handling and stability package for our diverse roads and driving styles.”

Kia Australia will be offering the Stinger in two main variants with two powertrain options, at least initially. At the top end of the range is the 3.3-litre twin-turbo V6 that develops 272kW and 510Nm, translating to a 0-100km/h time of 5.1 seconds.

There will also be a 2.0-litre turbo-petrol four-cylinder on offer generating 190kW. Both are set to come with an eight-speed automatic transmission with rear-wheel drive, making it the company’s first rear-wheel drive passenger car in Australia.

Like other Kia models in the local showroom, it’s been confirmed the Stinger will be backed by a seven-year warranty, with seven years capped-price servicing, and up to seven years roadside assistance. This should make it one appealing product, especially if it’s priced well. More info including prices are expected to be announced in the coming months. 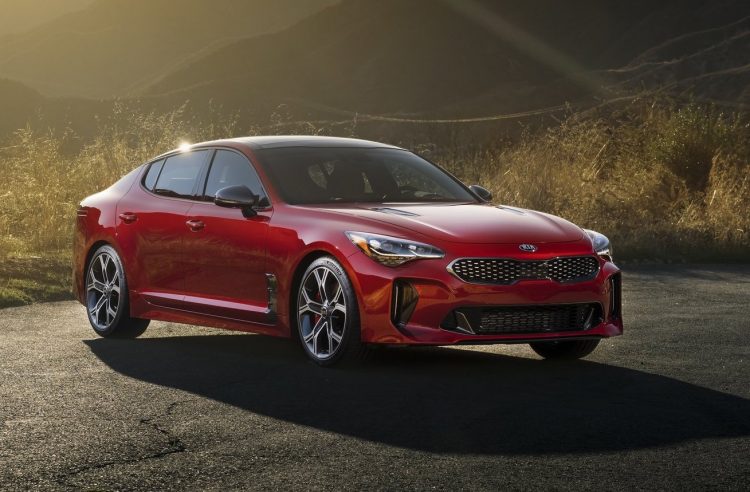