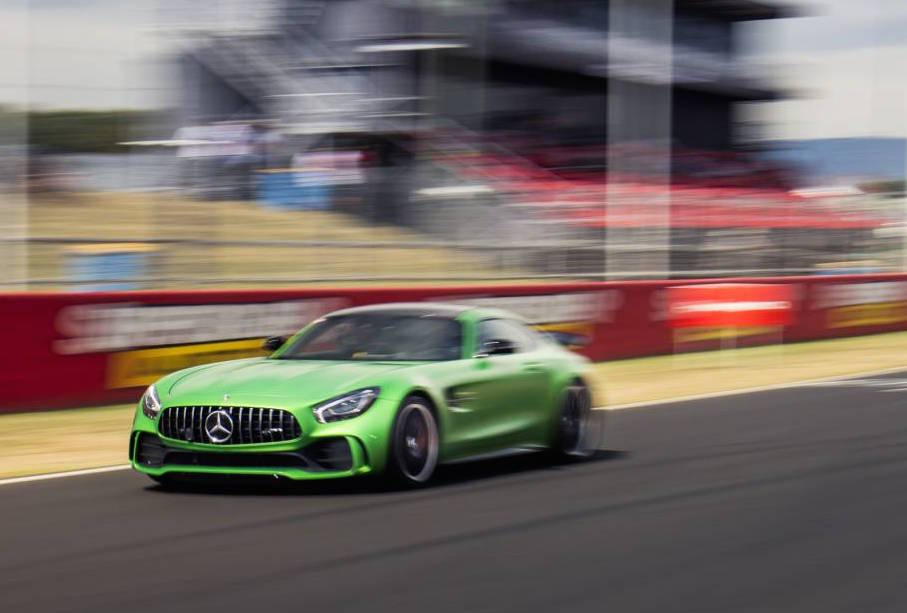 The Mercedes-AMG GT R has only just been announced for Australia, and it isn’t scheduled to arrive in showrooms until July. But that hasn’t stopped the company from setting a new production car lap record at Bathurst over the weekend. 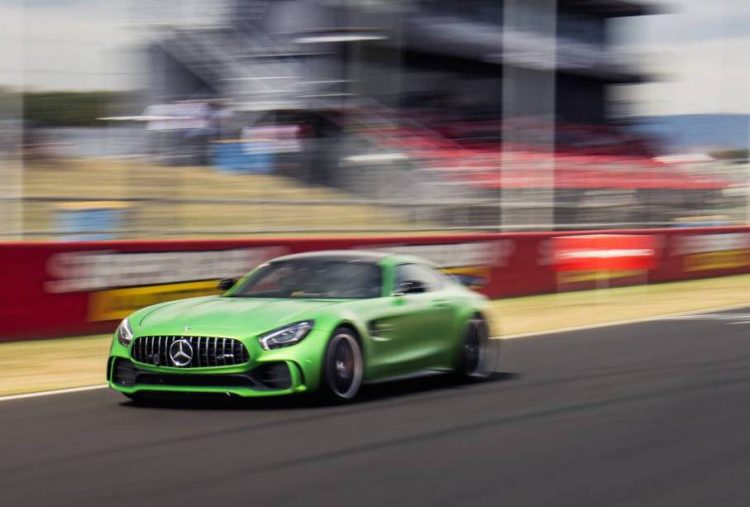 As reported last week, the AMG GT R is an enhanced version of the AMG GT sports car. It’s enhanced in pretty much every single area, including the 4.0-litre twin-turbo V8 that now develops 430kW.

To prove its performance Mercedes took an example to the 2017 LiquiMoly Bathurst 12 Hour Race at Mount Panorama over the weekend to set some lap times. In the hands of AMG factory driver Bernd Schneider, the new beast completed a lap in just 2:16.5.

This easily betters the previous record of 2:24.03, set in an AMG GT S in 2015 also in the hands of Schneider. Speaking soon after setting the lap, Schneider said:

“I love the GT R. I knew it would be a fast car, but it really feels at home here at Mount Panorama.”

Part of the track performance is thanks to an active aero kit exclusive to the GT R. This provides more downforce at speed and increased cornering grip. Across the 0-100km/h sprint the GT R is also very quick, putting down a claimed time of 3.6 seconds, while the top speed is 318km/h.

Interested punters should head to their nearest Mercedes-AMG dealer to place an order. It’s priced from $349,000 (excluding on-roads).