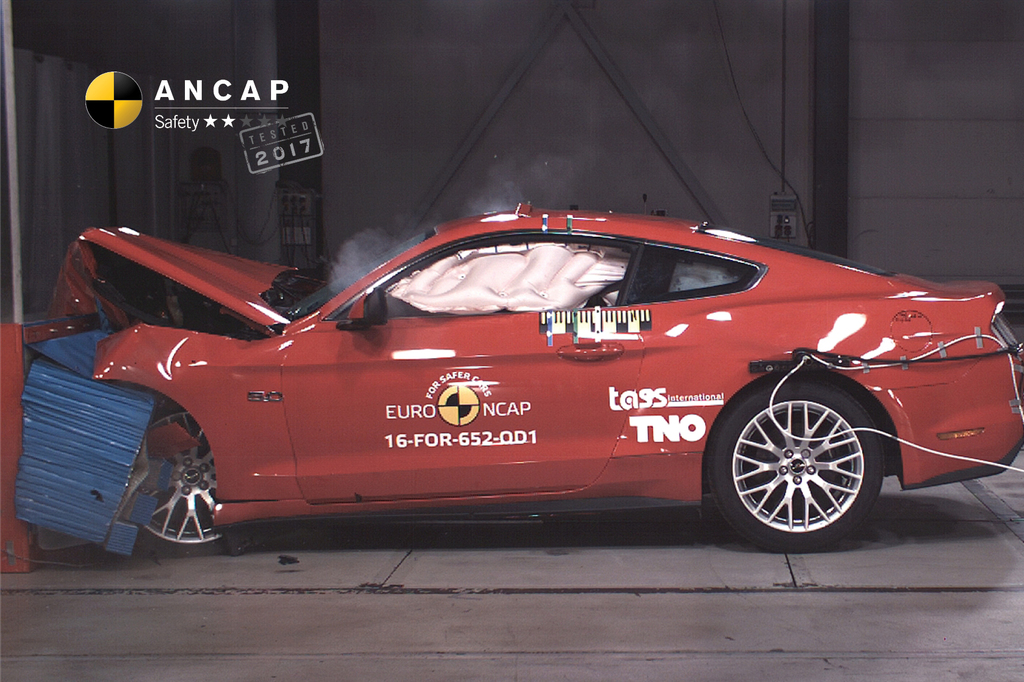 ANCAP has just revealed a shocking safety result for the new Ford Mustang, only good enough for a two-star rating. This will come as alarming news to motorists and fans, particularly as the Mustang is currently the most popular sports car on sale. 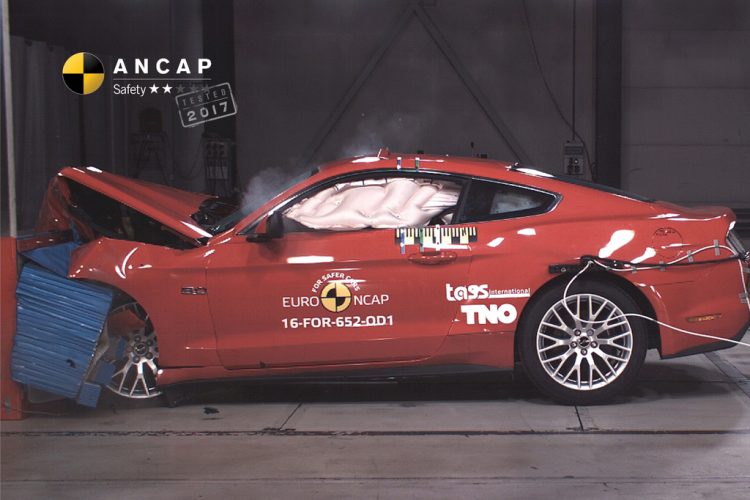 Taken from the Euro NCAP’s latest round of testing, ANCAP has analysed the data for the coupe model, and the scores are not good at all. The tests, conducted on the GT V8, showed excessive brake pedal movement during the offset crash.

The report says there is insufficient inflation of both driver and passenger front airbags, causing the dummy heads to bottom out. There is also a “slight risk” of serious chest injury in the side pole test, and the driver’s door opened during the collision.

ANCAP says rear passengers are not well protected, with a risk of serious head, chest and leg injury. Meanwhile pedestrian safety is rated at 67 per cent (acceptable). Child safety is rated at just 32 per cent, and points for safety assist technologies are lacking, with a score of just 16 per cent. In a statement, ANCAP CEO James Goodwin said:

“This result is simply shocking for such a newly designed and popular model. The safety of adult occupants, child occupants and the ability to avoid a crash all form the basis of our ratings and the Mustang falls short in each of these areas. There’s strong consumer expectation that a new vehicle will be 5 stars and a sports car is no different – safety should never be compromised.”

The Ford Mustang was the most popular sports car out of all price categories during 2016, with 6208 sales in the country. This gave it 34.1 per cent market share, even surpassing the otherwise popular models such as the Toyota 86 (2068) and Hyundai Veloster (2232 sales).