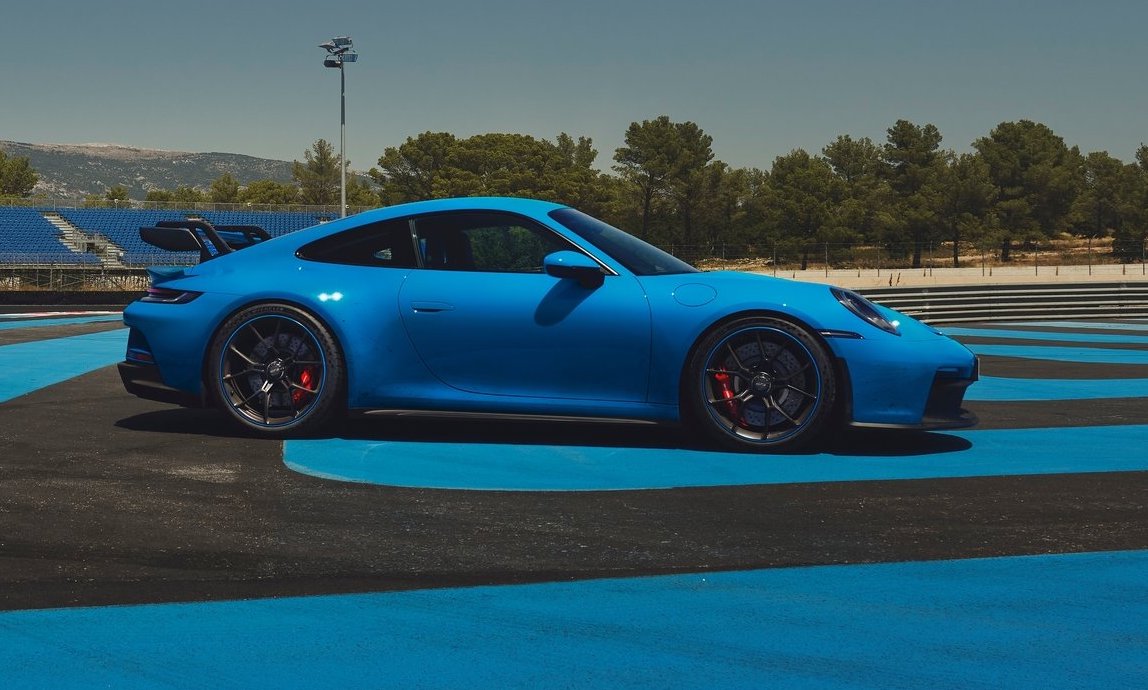 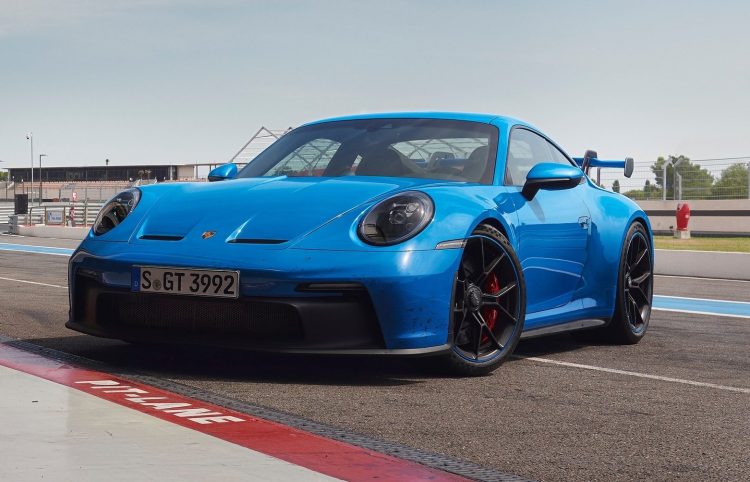 Let’s start with the engine, because, why not? Behind the rear axle sits a 4.0-litre naturally aspirated flat-six that develops 375kW. The unit is based on the 911 RSR racing car engine, and is very similar to the GT3 Cup engine. For the 2021 model it comes connected to a PDK dual-clutch transmission or an optional six-speed manual.

Across the 0-100km/h sprint Porsche says the clock stops in just 3.4 seconds, while the top speed is 318km/h or 320km/h with the manual gearbox. That makes it quicker than the outgoing GT3 RS. Also very impressive, Porsche development driver Lars Kern has clocked a Nurburgring lap in just 6:59.927 in the new model. 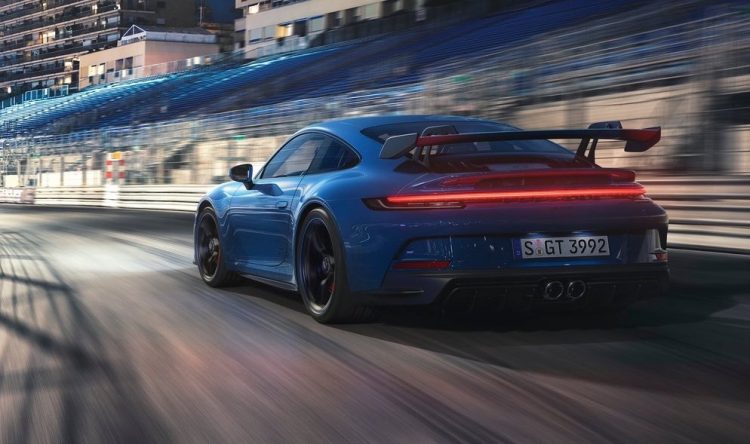 The exterior design is an evolution over the outgoing model rather than a revolution, as per typical 911 heritage. However, there is a revolutionary drop-style rear wing that offers adjustable settings. Porsche says the overall aerodynamics, which includes a new front splitter and adjustable rear diffuser, provides significantly more downforce than before.

Due to the 992 series underpinnings, the 2021 911 GT3 is slightly larger than before. But to compensate for any weight gains, the bonnet is made from carbon fibre, the windows are made from special lightweight glass, and the exhaust is around 10kg lighter than before. There’s also some new-look forged alloy wheels that save weight. With the standard PDK auto the sports car weighs 1435kg, while the manual stands at 1418kg. 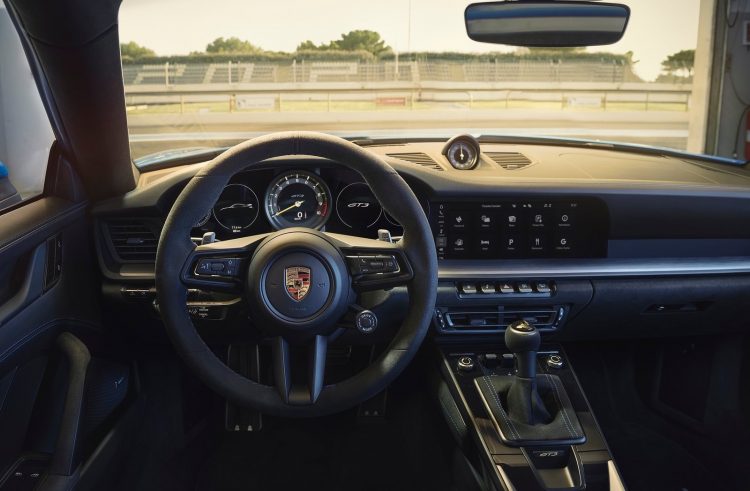 Buyers are being offered a range of optional enhancements through the Porsche Exclusive department, providing things like a carbon fibre roof, carbon side mirror caps, darkened LED matrix headlights, and Guards Red or Shark Blue colour highlights for the wheel rims.

Inside, passengers aren’t treated to many luxuries or pampering features. That’s not what the GT3 is about. But there is the 992 dash and console layout, mostly, while the twin digital screens for the instrument cluster can be put into a track screen mode to provide only vital information.

Porsche Australia confirms the new model will go on sale locally later this year, with prices yet to be confirmed. The first deliveries are expected to commence in the second half of the year.