For years Ferrari vehicles have been powered by high revving naturally aspirated engines, apart from a few exceptions such as the F40. There’s now word that the next-generation Ferrari California will be turbocharged. 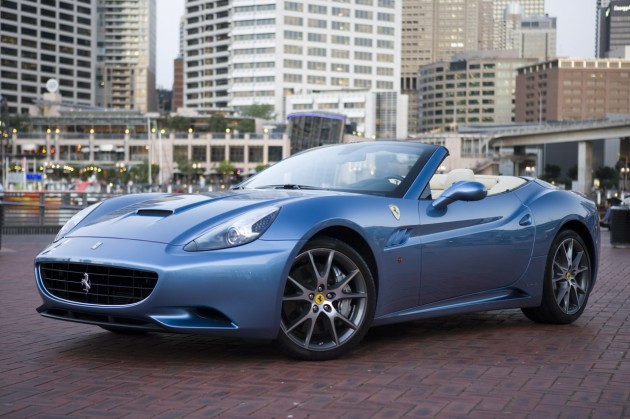 A prototype version of the next-gen California has been spotted undergoing testing and development by Autocar in the UK. The car is seen with various new bulges in the bonnet and additional air vents. This, according to the publication, suggests turbocharging is on the way.

An easy prediction in terms of a possible engine would of course be a version of the new 3.8-litre Ferrari-developed Maserati Quattroporte twin-turbo V8.

In the Maser, it produces 390kW and 710Nm of torque. Even if the specs were to remain the same for the Ferrari, it would still overshadow the current model California, which produces 338kW and 485Nm.

As we all know, turbocharged engines are regarded as more fuel efficient than their naturally aspirated counterparts – boosted engines breathe more easily and can produce torque from lower revs, helping cars build up speed with little effort.

Going this route with the California is expected to assist with reducing the company’s overall fuel consumption, as well as improving the economy of the California. The current model comes with an official rating of 13.1L/100km (the new 3.8-litre is rated at 11.8L/100km).

The next-gen California isn’t likely to hit the market until at least 2014. We’ll keep you updated.

Click play below to see an earlier prototype being tested on the Ferrari Fiorano test track. You can hear that distinctly muffled turbo sound.