Hyundai is planning to unveil a range of high performance project cars at this year’s SEMA Show in Las Vegas, including a unique turbocharged Cosworth Hyundai Veloster and two Genesis Coupes. 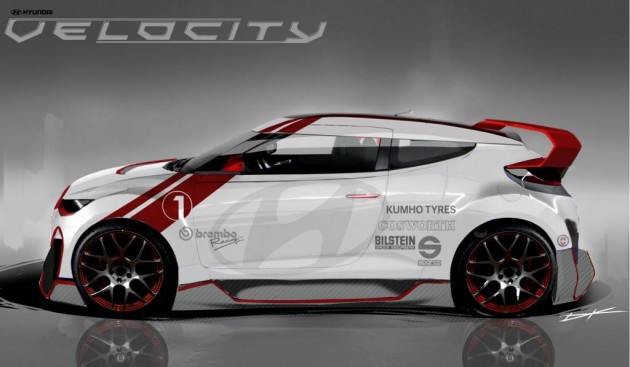 Calling on the expertise of the renowned performance and motorsport firm usually means things are serious. Cosworth is known for producing and transforming various road cars into heavily tuned and refined machines that are ready for racing.

In the Veloster’s case, the 1.6-litre direct injected four-cylinder engine is turbocharged and pumps out around 200 per cent more power than the standard car (103kW), resulting in 298kW and 474Nm of torque.

Increases are made thanks to uprated pistons, a complete fuel system upgrade, a large intercooler and a custom intake manifold, and a high-flow exhaust system. Controlling the air and fuel is a new engine management computer.

To ensure the rest of the car keeps up with the performance, the one-off Veloster features Brembo 350mm two-piece disc brakes, and a comprehensive Bilstein suspension setup with monotube dampers and new springs.

As for the Genesis Coupes, details are yet to be revealed. You can expect some pretty awesome upgrades though, especially as the SEMA Show is generally regarded as the biggest aftermarket event on the international automotive calendar.

Stay tuned for more details during the show. It runs from October 30 until November 2.