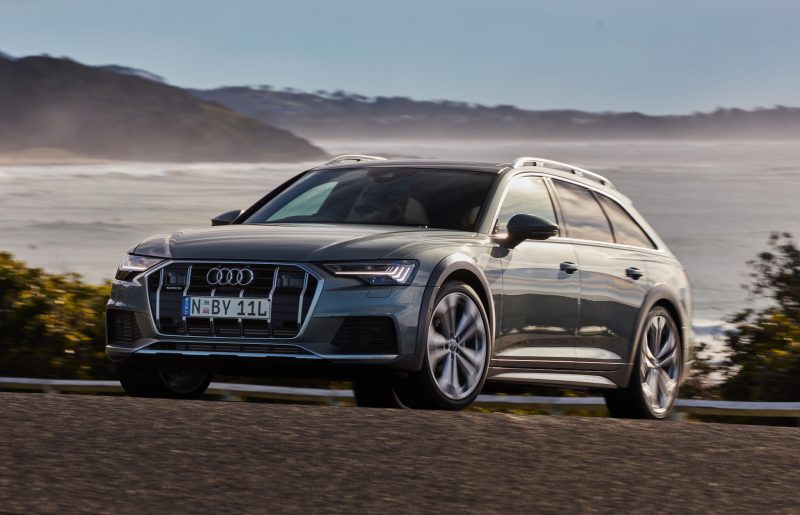 Audi Australia is announcing the new 2020 A6 Allroad 45 TDI, which carries on the Allroad tradition by promising sheer versatility and practicality, wrapped up in a premium package. It comes in as the only A6 Avant wagon for Australia. Just the single variant of the new Allroad is being introduced locally. It uses the 45 TDI engine, consisting of a 3.0-litre turbo-diesel V6 that produces 183kW and 600Nm. This is connected up to an eight-speed automatic with Audi’s renowned quattro all-wheel drive system.

Across the standard 0-100km/h sprint, Audi claims the clock stops in a very respectable 6.5 seconds. Meanwhile, economy is also reasonable, with an official averaged rating of 6.6.L/100km. Passengers are treated to sports seats in the front with heating, Valcona leather upholstery with contrast stitching and the extended package, three-zone climate control, wireless phone charging, and four USB ports to keep everyone happy. Speaking about the new model, Shawn Ticehurst, director of product planning and pricing at Audi Australia, said:

“It has the unmistakable look of adventure and will continue to occupy a unique place in the premium segment: combining the strengths of both an Avant and an SUV. For some of our most loyal owners, the Audi A6 Allroad quattro has always been ‘just right’ and the new generation delivers more in every area.” Audi also says the new model adds in more than $15,000 worth of extra equipment over the predecessor, making it even better value. For example, adjustable air suspension is standard, allowing drivers to adjust the ride height to suit various conditions.

The 2020 Audi A6 Allroad is on sale now and can be purchased through Audi’s online platform. Prices start from $109,500 (excluding on-road costs).