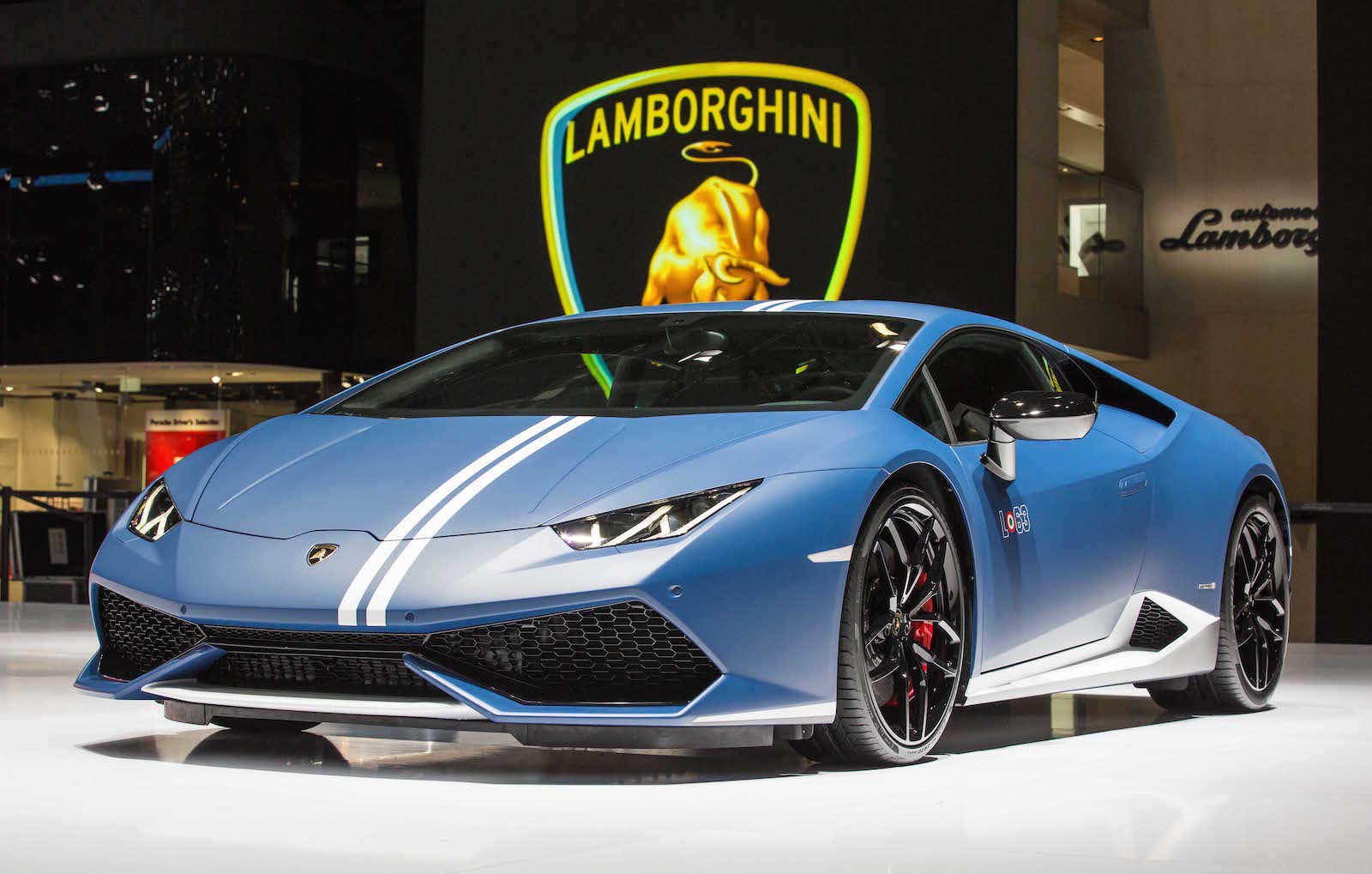 Sitting in the shadows of the insane Centenario, Lamborghini is also showing off a brand new special edition version of the Huracan called the LP 610-4 Avio. 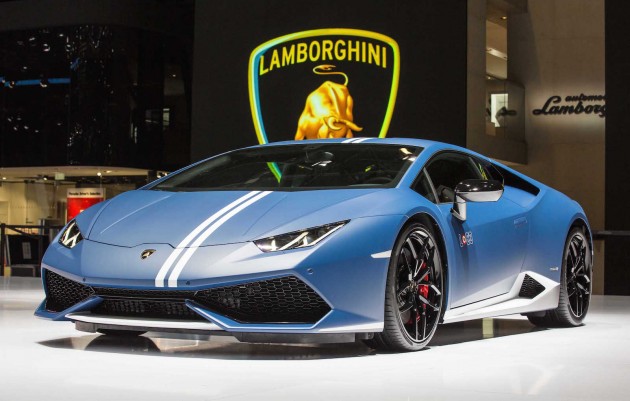 As the name suggests, the unique version pays tribute to the world of aviation and aeronautics, dressed with special colours and trimmings. Lamborghini says the theme is inspired by powerful fighter jets.

The body features many white or grey painted details to contrast the main panels, such as the side mirrors, the lip of the spoiler, and the side air intakes. It’s all finished off with twin racing stripes in white or grey that run along the roof and bonnet.

You might also notice the “L63” logos which represent the company and the year it was founded. A tricolour cockade is used in between the letter and number to distinguish its nationality.

Buyers can option between five different unique colours that have been specifically developed just for the Avio. There are: Grigio Falco pearl, matt Blu Grifo, matt Grigio Nibbio, matt Grigio Vulcano, and matt Verde Turbine. Each name is derived from the courses at the Italian Air Force.

Inside, the decor is dressed in black leather and black Alcantara with a laser-engraved hexagonal motif. There’s also contrast white stitching used for various parts. Buyers can of course personalise the trim via the Ad Personam program as well.

Lamborghini is planning to make just 250 examples of the Huracan Avio. All will go on sale in markets around the world. They are set to hit showrooms during mid-2016. 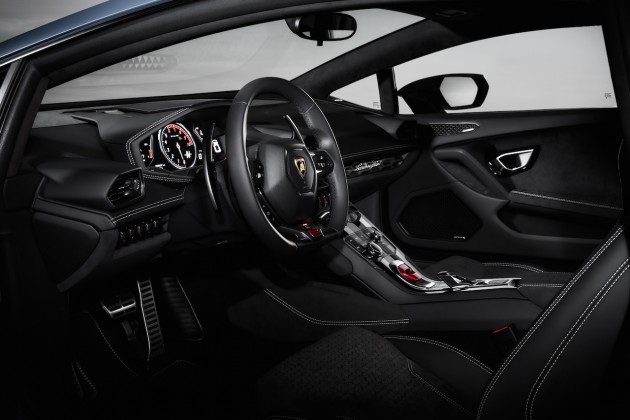