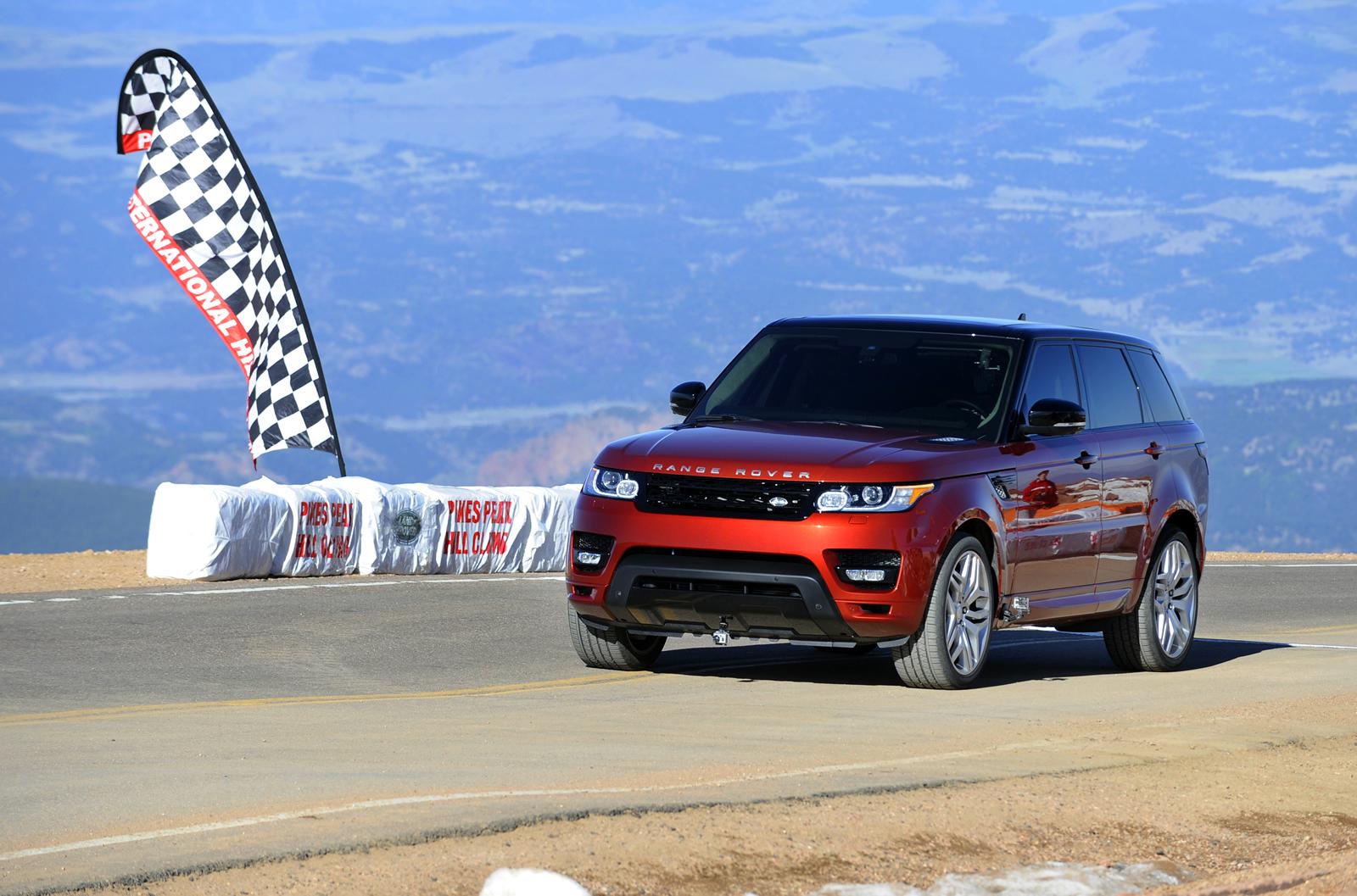 Range Rover has set a new world record by running the 2014 Range Rover Sport up the Pikes Peak hill climb course in 12:35.61, placing it in the record books as the fastest production SUV to conquer the mountain. 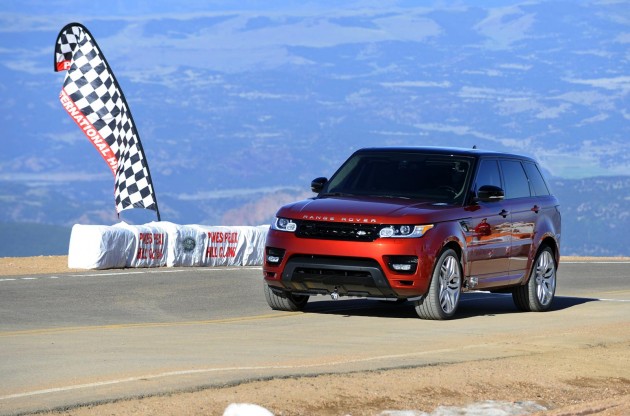 When Land Rover unveiled the new Sport, the company said it was the fastest, most responsive, and most agile vehicle it has ever made. Aside from the massive weight reduction of 420kg over the previous generation Sport, the new model also comes with a powerful 5.0-litre supercharged V8 producing 375kW.

With these ingredients, the big Range Rover hustled up the 19.99km hill climb with little stress. The altitude change of 2860 to 4300 metres above sea level from start to finish puts a lot of strain on naturally aspirated engines, as the air gets thinner the higher you go. For the Sport, the supercharger system was obviously ideal. 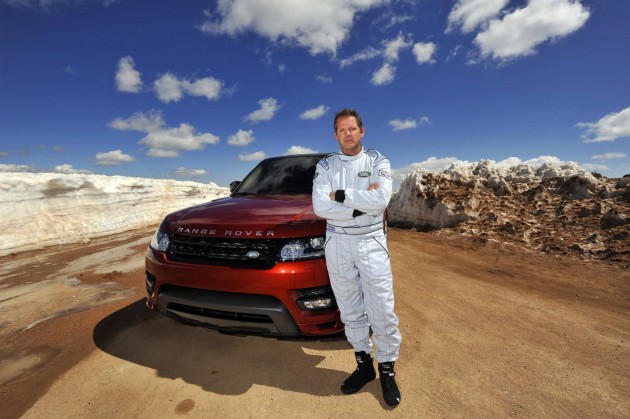 Pikes Peak specialist Paul Dallenbach took the helm of the SUV for the record run. He said,

“There’s no margin for error at Pikes Pike – you only need to misjudge one of those 156 turns and you’re into the trees or over the edge of the mountain. To take on this place the way I did today, you need complete confidence in your vehicle, and the Range Rover Sport sure gave me that – it’s fast, responsive and agile.”

The only modification to the SUV for the climb was the fitment of a roll cage for added safety. The production model will arrive in Australia later this year.