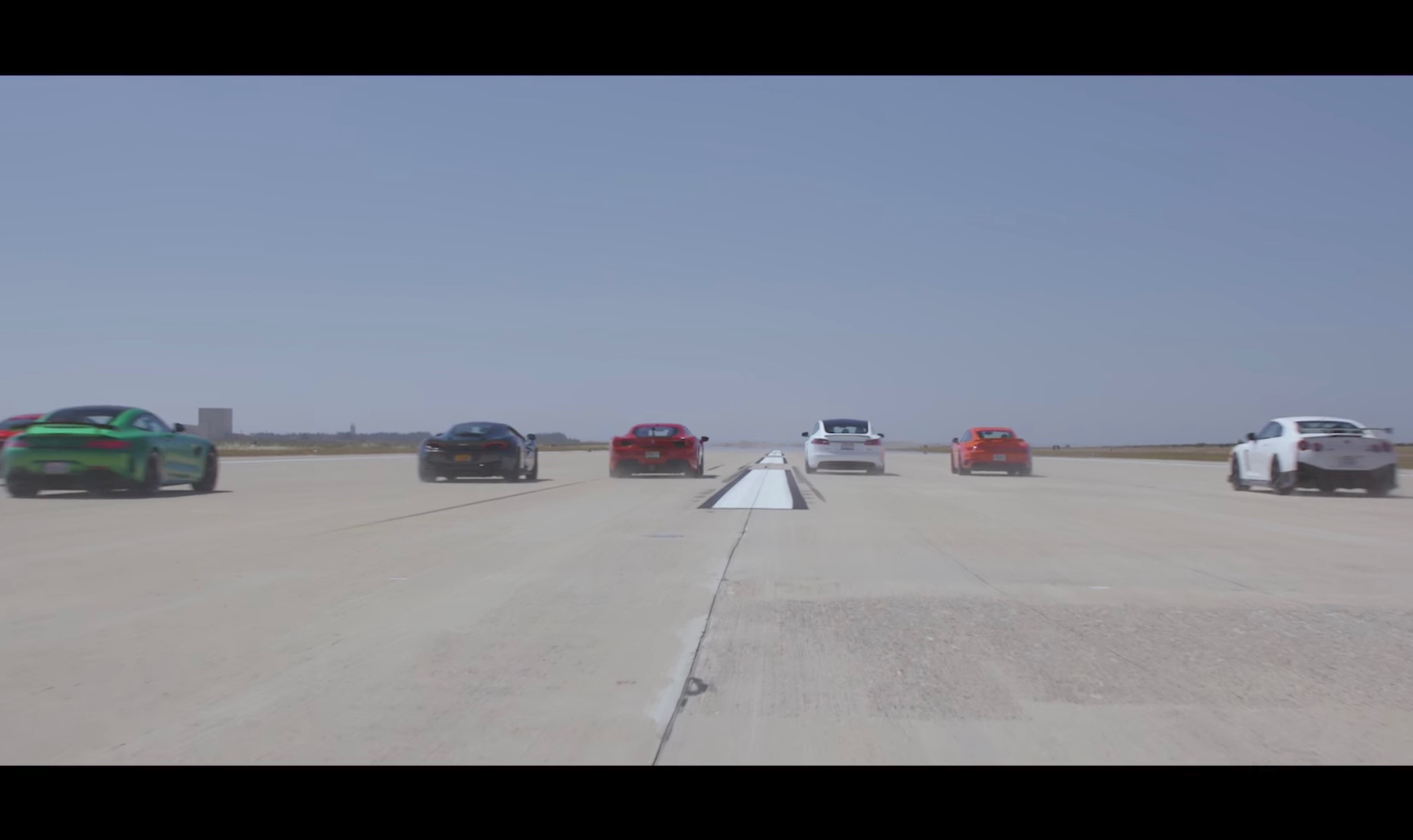 Motor Trend in the US has put together another one of its mega drag races with a collection of modern sportscars and supercars. Welcome to the World’s Greatest Drag Race 7. 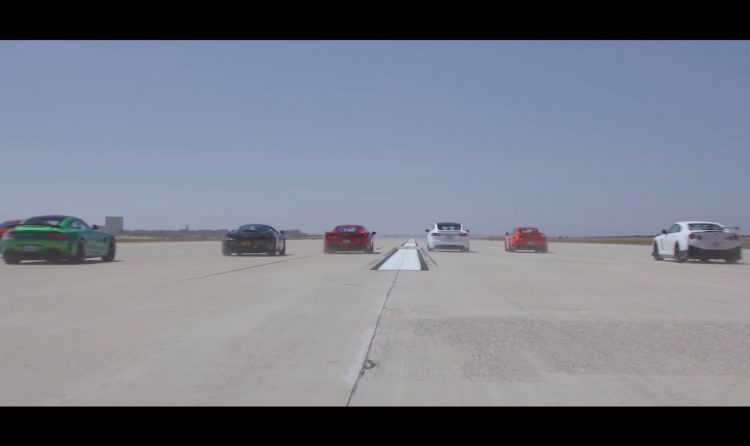 About every year the publication puts together a mega test of the latest and greatest driver’s cars. As part of the test is a 12-car wide drag race, which, this year, takes place at the Vandenberg Air Force Base in California.

There are some very interesting competitors in the race. In the mix is the new Aston Martin DB11, the Lexus LC 500, Alfa Romeo Giulia QV, and the Nissan GT-R Nismo. Some of the favourites include the Tesla Model S P100D, McLaren 570GT, and the 500kW-plus Ferrari 488 GTB. The latest Porsche 911 Turbo S should also do very well.

We won’t spoil it on you but we will say one thing; remember this race is over a quarter mile. It’s not only across the 0-100km/h sprint. That’s around 400 metres of flat-out acceleration. Take a look below. Without having seen it (yet), we’re guessing the 911 Turbo S will take the win.