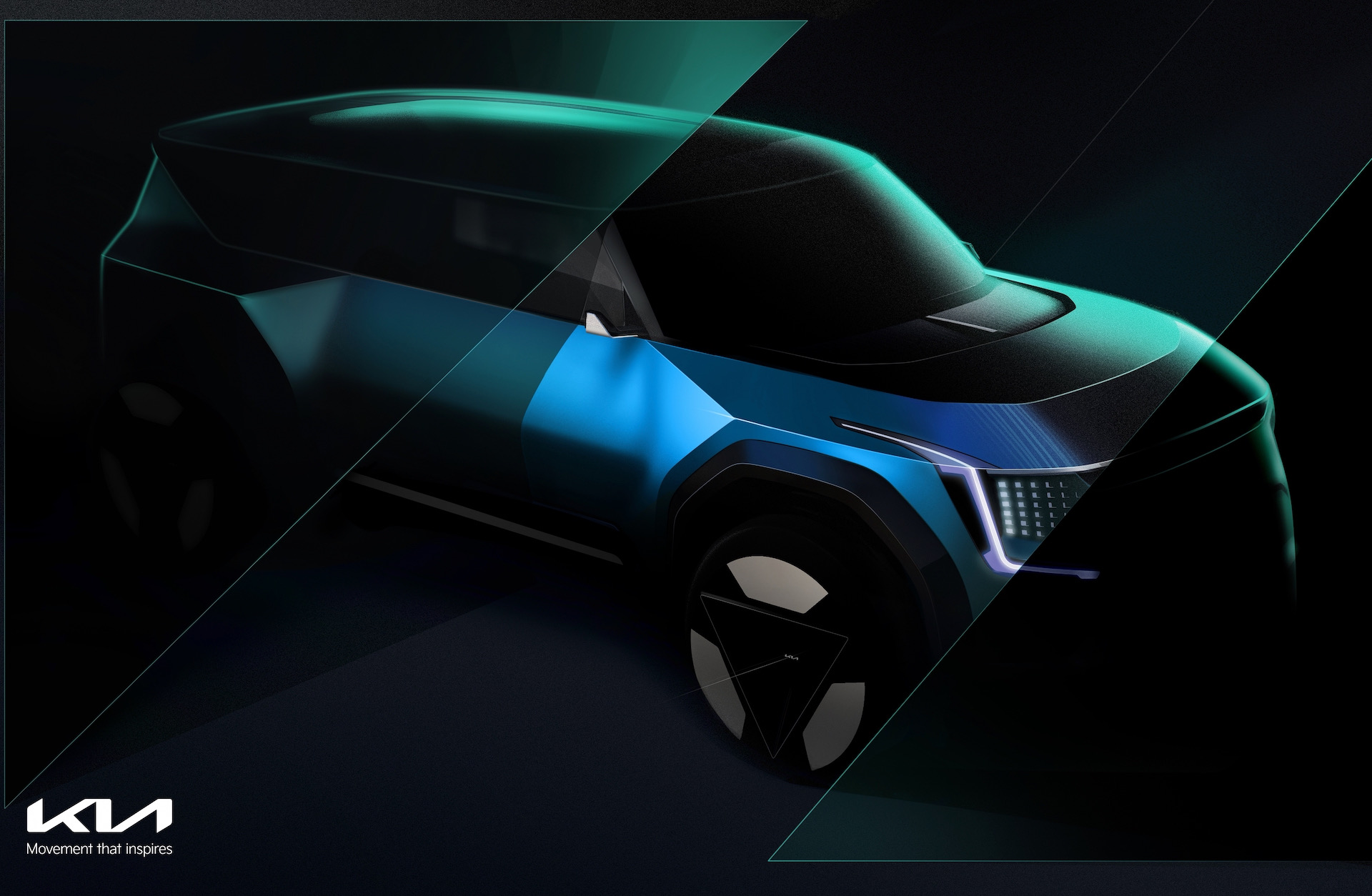 Kia has sent out more teaser images of its EV9 concept, which will eventually spawn the EV9 fully electric large SUV for the market. 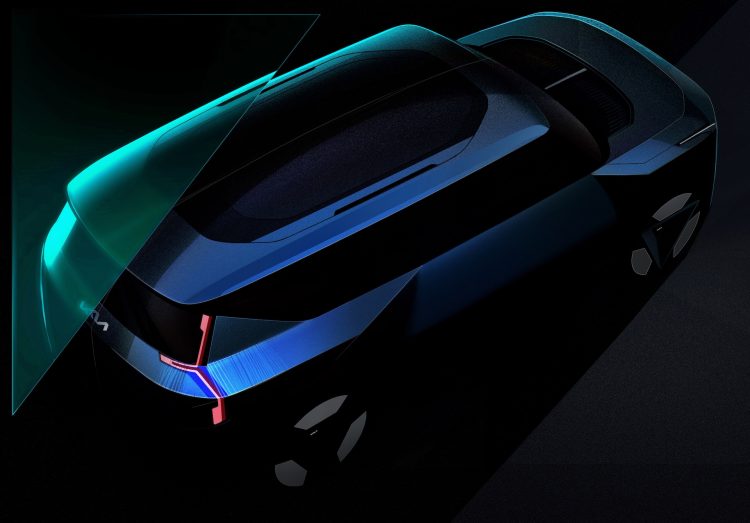 These preview images show a very edgy and muscular design, not really seen on other Kia products. There’s a defined two-stage slab approach, with the cabin glasshouse sitting atop a chunky torso.

Kia describes the design as progressive and ultramodern, and a design that hints at contemporary recreation. We guess that means it’s not technically an off-roader, but it suggests it can support modern ‘glamping’ excursions and urban exploring. 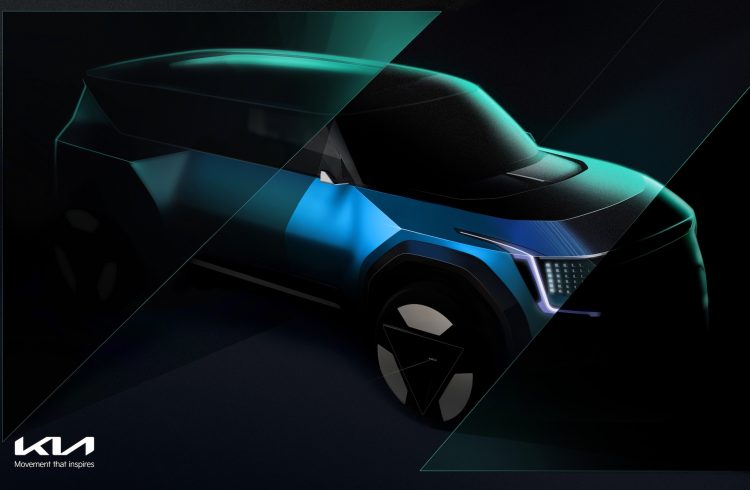 We also get a glimpse of the interior, which, again, is very modern. It shows off a super-clean and clutter-free dash with one massive wide-screen display running across the top, as well as a yoke-style steering wheel.

The EV9 will be Kia’s second bespoke fully electric vehicle to be based on Hyundai Motor Group’s E-GMP layout, after the EV6. Powertrain details are yet to be uncovered but simply looking at the top EV6 GT, it offers a twin-motor setup that develops a whopping 430kW and 740Nm. In other words, there’s certainly good potential here.

The concept will be unveiled in full at the LA Auto Show next week, starting November 17. A showroom version isn’t set to arrive for at least 12 months.