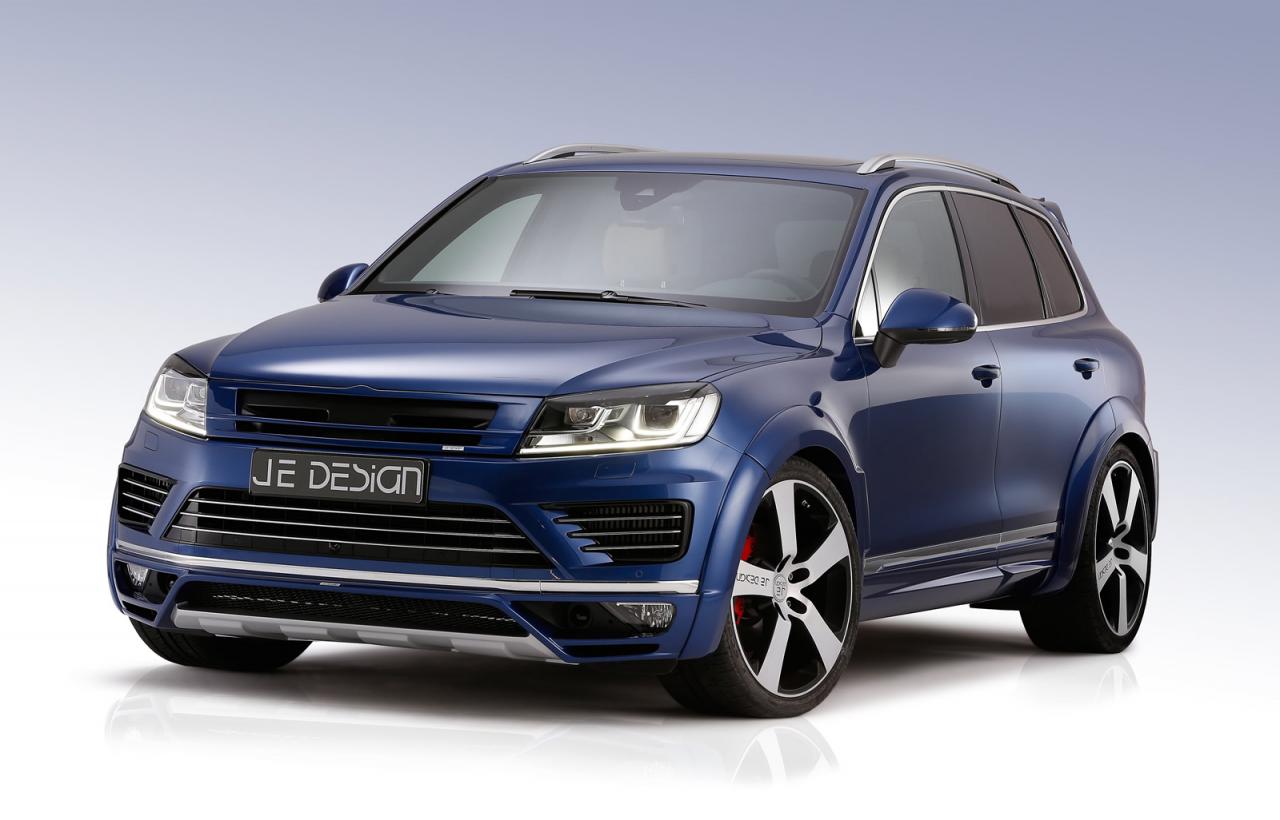 The latest Volkswagen Touareg V8 TDI is already a bit of a monster in the engine compartment. But if you want more, a company called JE Design has just come up with a package for you. 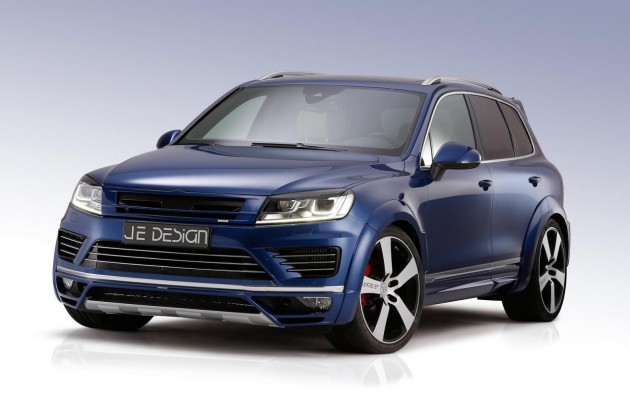 JE Design specialises in styling and cosmetic tuning, however, in its latest project it has taken on the task of enhancing the top-rung Touareg V8 R-Line and its 4.2-litre turbo-diesel V8 engine.

In standard form the unit produces a hefty 250kW of power and a mammoth 800Nm of torque. With some minor engine computer adjustments and an additional control module, these figures can be bumped up to 302kW and an enormous 930Nm.

Out on the tarmac the result is very impressive. Acceleration from 0-100km/h takes just 5.4 seconds, down from the factory 5.8-second time. JE says customers can also option a special stainless steel exhaust system for that extra touch.

As for the styling, well, the Touareg has put on weight. Visually, it’s as fat as they come, with bulging wheel arches giving it a very strong and masculine presence. There’s also a bespoke front grille, front and rear bumper bars, and a sporty rear diffuser.

Owners can option a set of 22-inch alloy wheels mounted in front of wheel spacers (60mm front, 80mm rear), further enhancing its width. The wheels can then be submerged into the body thanks to a lowering module for the factory air suspension.

Lastly, the interior is given a minor adjustment with a four-piece door sill set in brushed stainless steel finish, complete with illuminated JE Design logos. 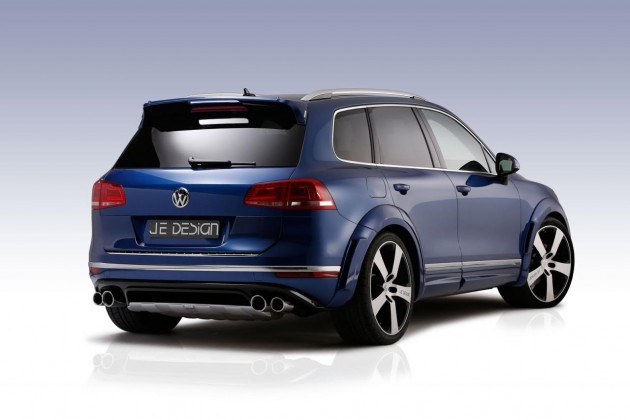 If this tickles your fancy you can make a start by getting yourself a Touareg V8 TDI R-Line which retails in Australia from $114,990. Australian prices for the kit are not confirmed, but in Europe they kick off from 4760 euros for the bodykit, 2990 euros for the wheels, and then 2399 euros for the engine tune.