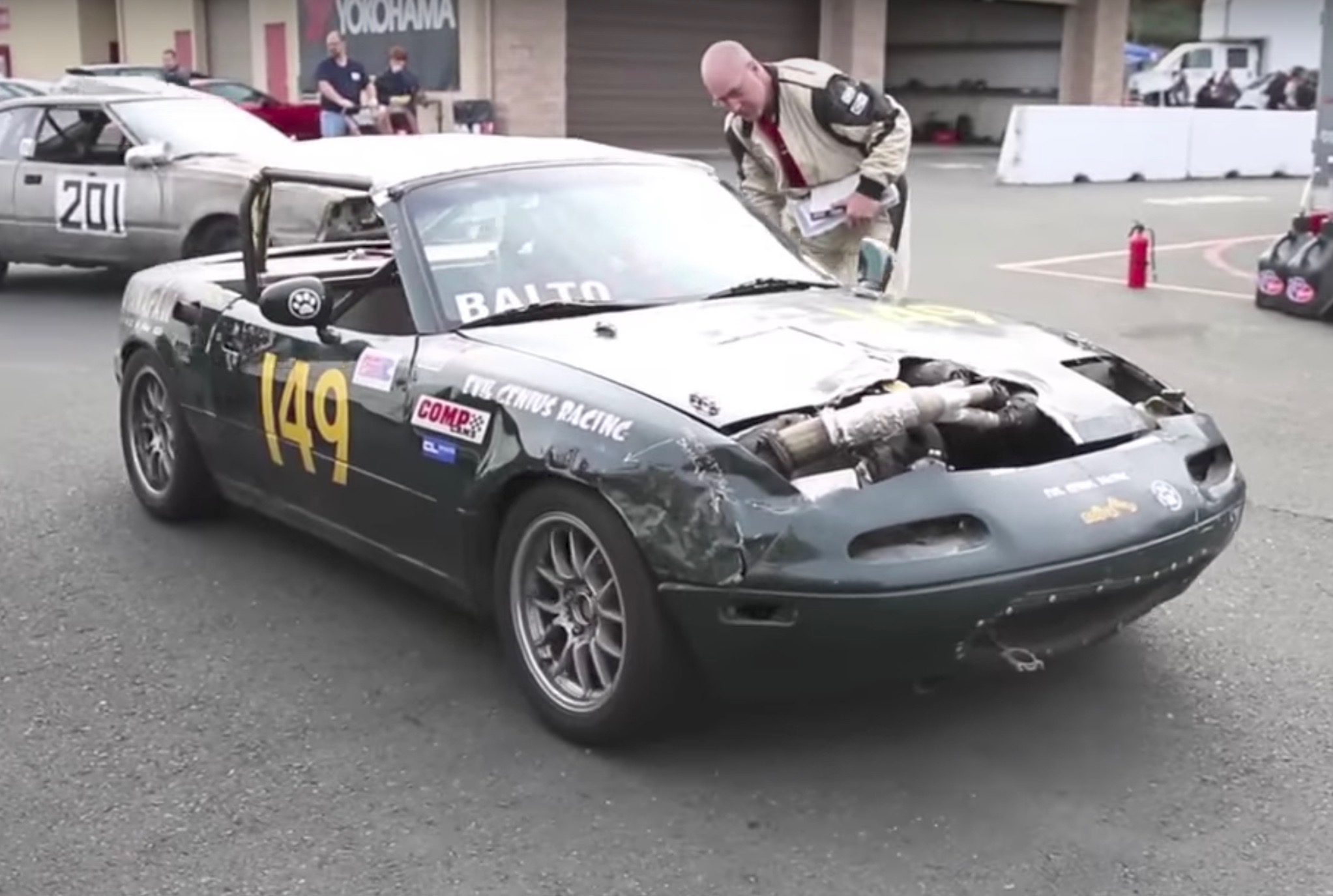 When a vehicle is the most popular sports car in history, with several million spread throughout the world, you can bet all kinds of nutty experiments will take place. 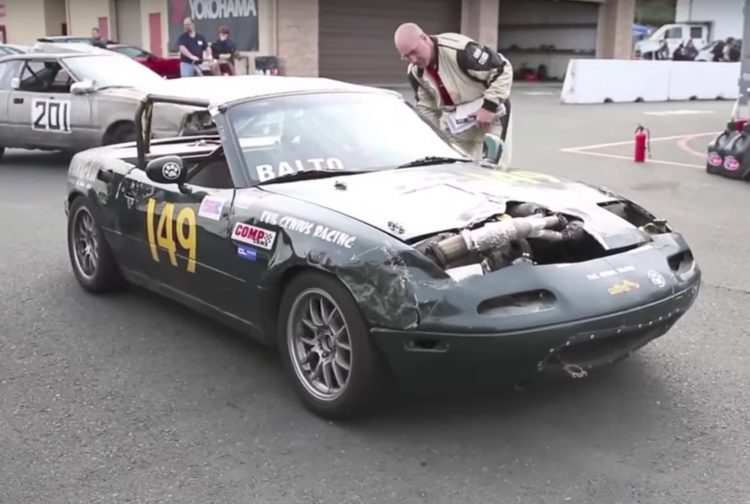 The Mazda MX-5 (or Miata as it’s known in the USA) has been mutilated for everything from 1UZ V8 swaps, LS3 V8 conversions, to three-cylinder eco-car engines to electric, and everything else you could imagine. Here we’ve encountered one of the more obscure and eccentric ideas, even by MX-5 standards.

The US-ordinated LeMons racing series encourages equal doses of ingenuity and hilarity on a low budget. We’ve seen everything from UFOs on wheels, to a sideways Kombi to name just a few of the more out-there entries.

Two-stroke engines died off in the automotive realm decades ago, but they still soldier on in other forms of transport. Snowmobiles are one such example, offering a better power-to-weight ratio than their four-stroke counterparts.

Team Balto called on a three-cylinder Yamaha snowmobile engine, complete with pull starter and CVT transmission. It screams all the way up to 9000rpm.

With the weight stripped down to around 635kg and the powertrain itself weighing under 40kg, lightness is definitely the key. With 111kW from the factory snowmobile engine, there is more than enough power to make this thing get out of town.

To hear the team members talk about the car in depth and see it in action, check out the video below.