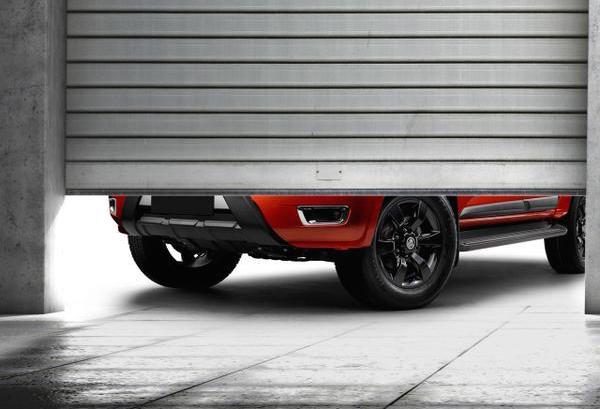 It looks like Holden is planning a sporty special edition of the Colorado, with the brand just releasing a handful of intriguing teaser images.

As you can see in the teasers, the special Colorado is going for a sporty look with plenty of black highlights. It’ll showcase a bespoke grille, black decals on the bonnet, unique tray trimmings, and a set of black alloy wheels.

It’s believe the edition will become the flagship variant, taking on the likes of the previous HiLux Black edition, the Ford Ranger Wildtrak, and the Volkswagen Amarok Ultimate.

Specific details are yet to be uncovered but it is believed it will get the usual 2.8-litre turbo-diesel engine, producing 147kW and 440Nm. With all-wheel drive, a towing capacity of 3500kg is on the cards.

Like the exterior, the interior will probably be administered with a sporty/luxury makeover. Expect a leather trim, colour-coded highlights, and potentially special badges, as well as the full suite of infotainment systems offered for the Colorado.

All will be revealed in the next 24 hours. We’ll be sure to keep you posted as soon as we hear more.