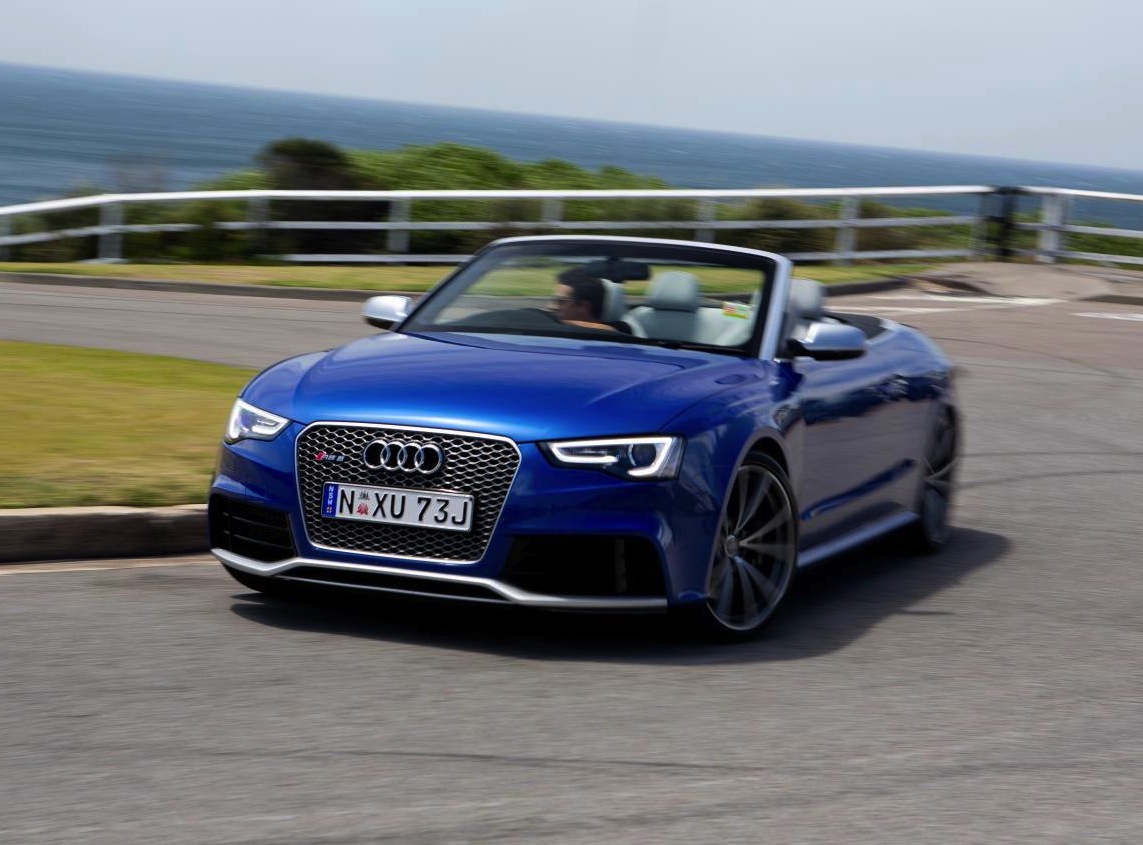 Audi Australia has launched the stunning new Audi RS 5 Cabriolet. This is the first drop-top ‘RS’ model Audi has launched locally since the RS 4 Cabriolet. 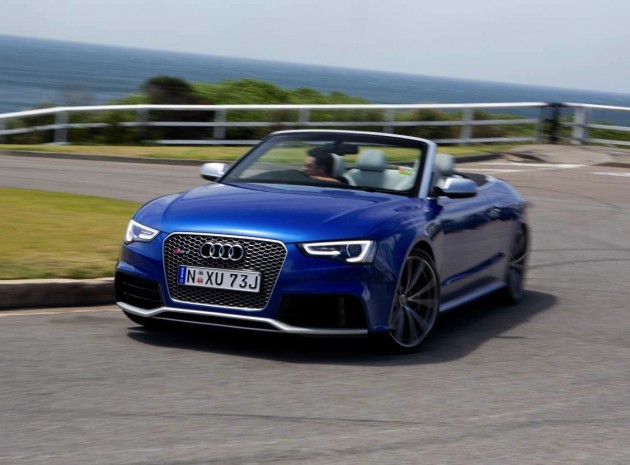 Featuring a swank four-seat interior layout with an electric folding soft-top roof, the new RS 5 – the first RS 5 convertible in fact – is certainly an exclusive stunner for the Aussie market.

Under the bonnet sits the high-revving 4.2-litre naturally aspirated V8 from the R8, RS 5 and RS 4, producing 331kW at an ear-pinching 8250rpm, and 430Nm from 4000rpm to 6000rpm. It sends power through an S tronic dual-clutch automatic transmission and into a quattro all-wheel drive system.

The quattro system uses a torque vectoring setup which is able to change torque bias being sent to the front and rear wheels. Under normal driving conditions, power is split 40:60 front to rear. Depending on what you’re trying to do, this can change up to 70 per cent toward the front axle, or up to 85 per cent to the rear axle.

With this kind of powertrain, it’s no surprise on-road performance is blistering. Acceleration from 0-100km/h takes just 4.9 seconds, while the top speed, like most German cars, is limited to 250km/h. Despite the cracking performance, the car has been given a combined cycle fuel consumption rating of 10.7L/100km.

As for the fabric roof, it stores away in the boot using up 60 litres of the 380-litre capacity. It can be operated at speeds up to 50km/h, taking 17 seconds to open or close.

Inside, the RS 5 is actually the first Audi model in Australia to be fitted with Audi’s new ‘Audi Connect’ system. What this is essentially is internet connectivity, allowing passengers to surf the internet using the on-board WLAN WiFi hotspot, and use the on-board interface to browse platforms such as Google functionality and Wikipedia. Of course, being an Audi, it is an $800 option.

The rest of the cabin is decked out in a sporty theme, with hip-hugging bucket seats, a flat-bottomed sports steering wheel for the driver, various carbon fibre and alloy trimmings, and ‘RS’ logos scattered about.

The new RS 5 Coupe and Cabriolet are available from the following prices (excluding on-road costs):