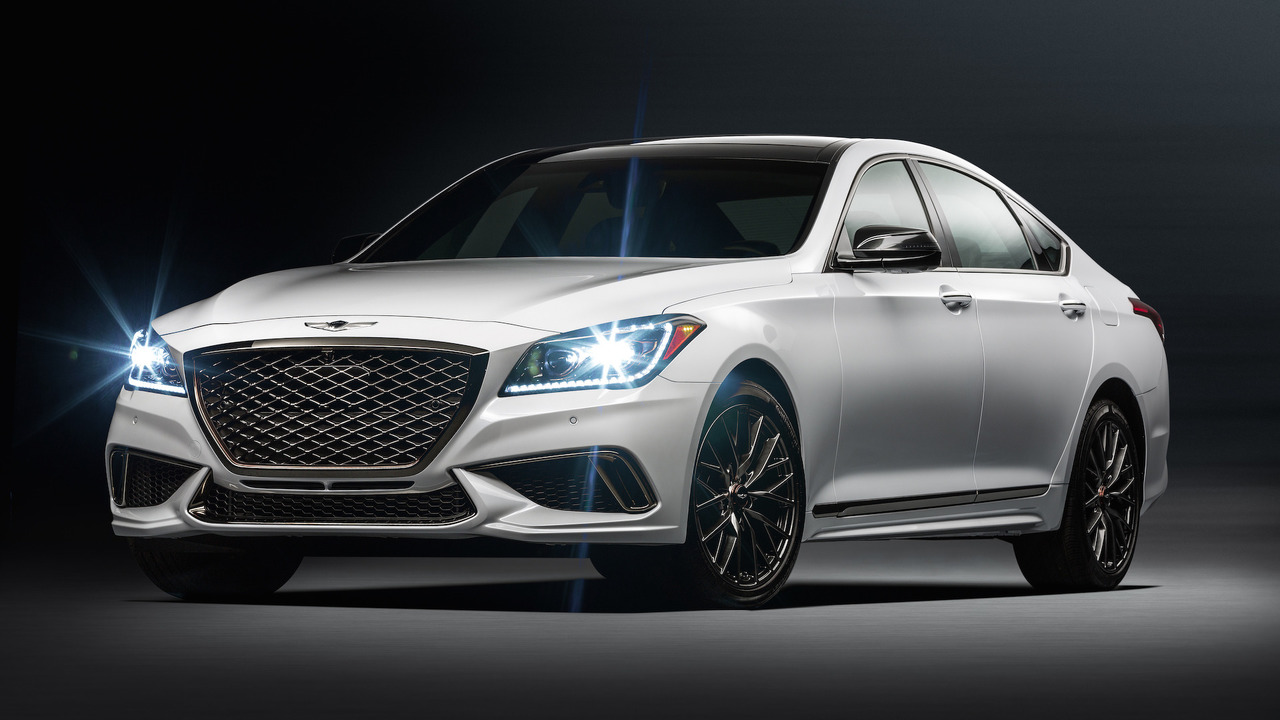 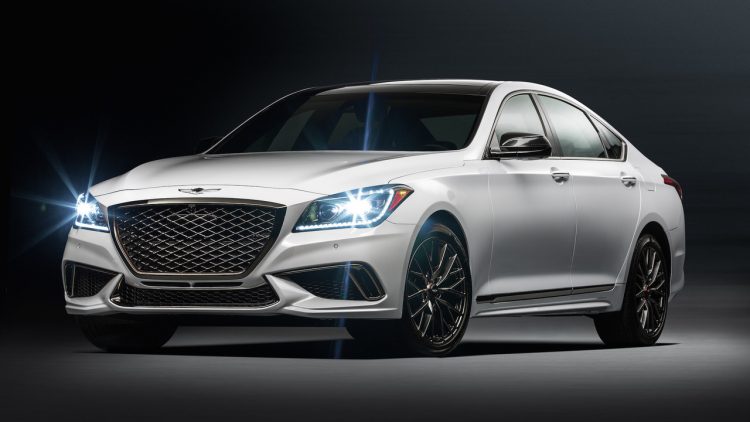 The Genesis brand doesn’t have much presence in Australia but that is set to change from next year when the local arm starts to introduce more models. At the moment the only Genesis on sale in this country is the Hyundai Genesis, which is actually the predecessor to this G80. So far this year (through October) Hyundai has sold 335 examples in Australia, making it about as popular as the Jaguar XF (361) and Maserati Ghibli (306).

Giving us some insight into things to come, the G80 Sport features a performance theme compared with the otherwise luxury-focussed model. The darkened highlights, such as the 19-inch alloy wheels, dark satin trimmings and dark chrome grille, provide some clues.

Perhaps the element of most interest is what lies beneath the bonnet. There sits a new 3.3-litre twin-turbo V6 churning out 272kW and 510Nm. It’s matched to an eight-speed automatic.

Although acceleration figures haven’t been confirmed for the Sport, we suspect it would perform very well indeed. This engine is expected to power the flagship G70 mid-size sedan (3 Series rival) set to arrive in Australia in the next 18 months. It’s also likely to power an upcoming coupe model.

Inside the G80 Sport are a set of sports pedals, steering wheel, and “generously bolstered” sports seats. The seats feature contrast stitching with black or grey leather. There’s also microfibre suede for the headliner and real carbon fibre trimmings.

So although this model might not make it to Australia any time soon, it should give us a preview of some of the exciting stuff to come from the sub-brand in the near future. 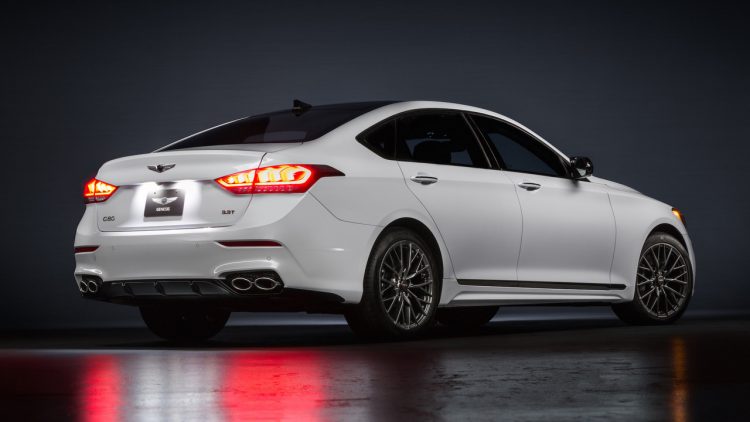