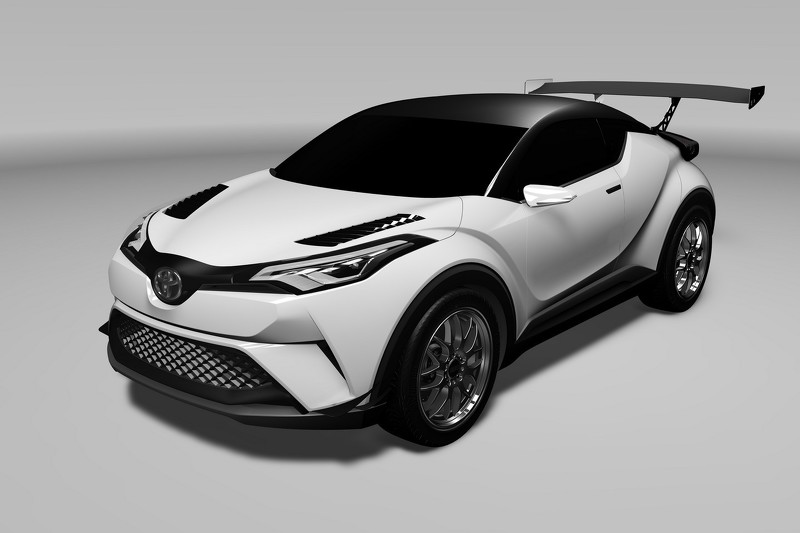 Toyota and Gazoo Racing are teaming up again for a special project car, this time using the new C-HR mini SUV for the upcoming Nurburgring 24-hour endurance event. 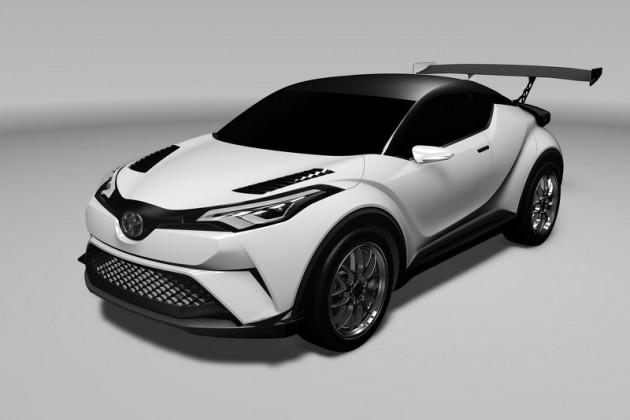 It hasn’t even been released on the market, yet, Toyota and its motorsport partner are already developing a racing version. It is probably all part of an idea to help boost awareness for the upcoming small SUV which is set to hit the market later this year.

At this stage only an early rendering has been drawn up to give us an idea of what the team is planning. Toyota says the racer will retain most of the production version’s foundations, including the body and general chassis layout.

The obvious changes will include a proper aero package to help keep the SUV stable and committed on the notoriously fast and dangerous Nurburgring, including a unique front splitter system, vented bonnet, side skirts, and a massive rear wing for downforce.

Underneath it all will be a dedicated racing suspension setup, a comprehensive roll cage system to hold it all together, and some lightweight alloy wheels wrapped in racing slicks for outright grip.

Powertrain details haven’t been mentioned, however, the production version is expected to be offered with a small four-cylinder taken from either the Yaris or Corolla, while a hybrid version is also expected further down the track. Both front- and all-wheel drive layouts are likely.

The C-HR racing car will be competing in the Nurburgring event which runs from May 26 to 29, while the production model will debut at the Geneva Motor Show in March.