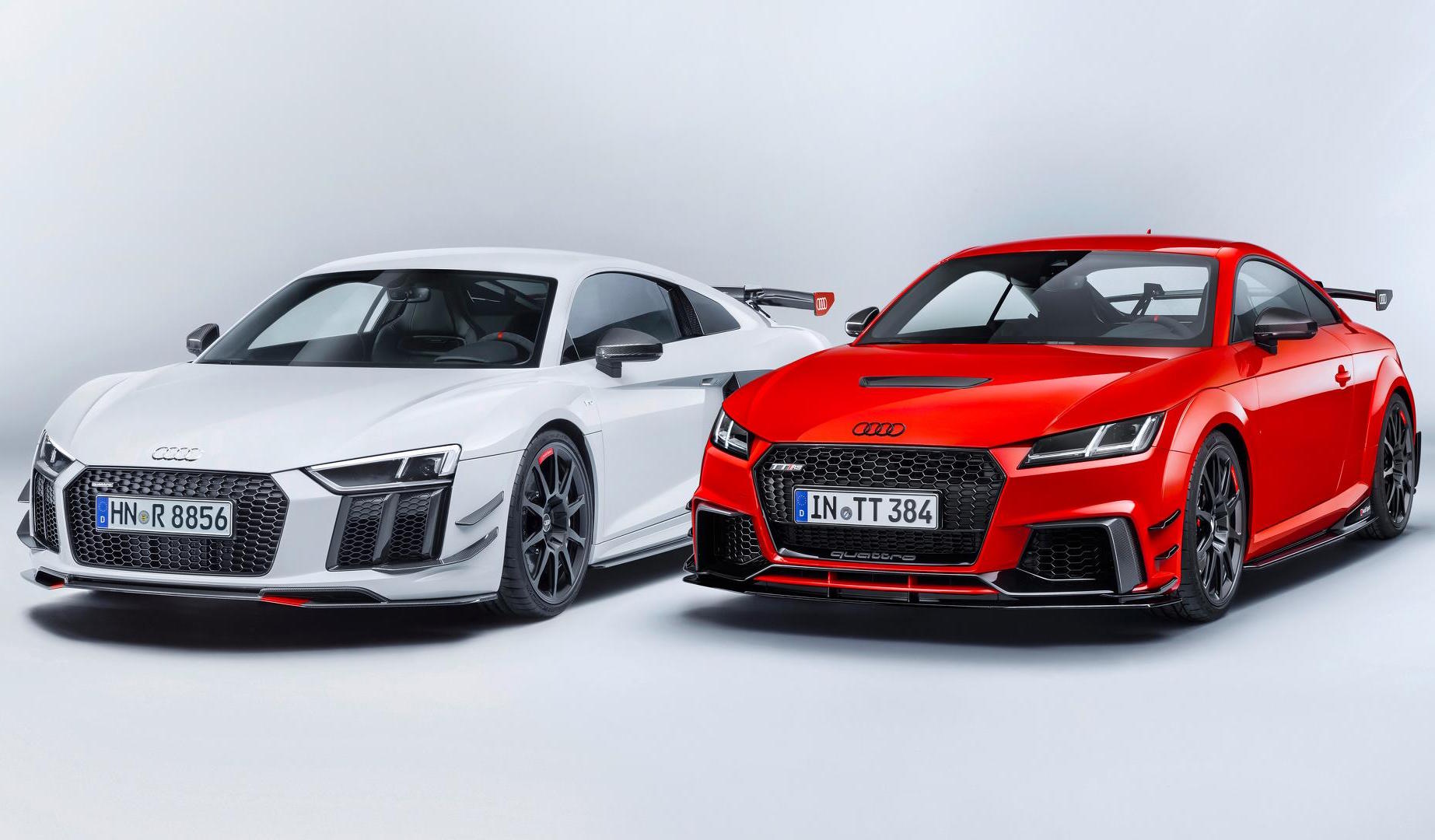 Looking for a bit more spice with your Audi TT or Audi R8? Audi Sport has just announced a range of racy accessories via its new Performance Parts catalogue. 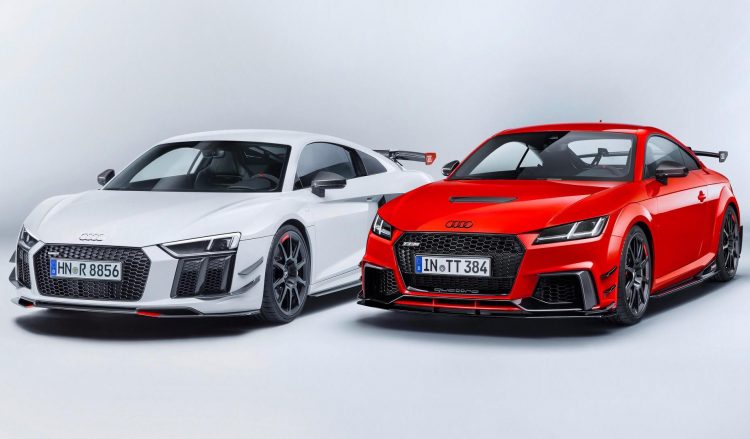 The latest Audi TT and R8 are already striking to behold, with their new-look hexagonal grille and squinted LED-infused headlights. But with the new accessories, buyers can dress this up further to give the sports cars some distinction on the road.

For the TT, Audi Performance Parts has come up with a sports suspension package with either two- or three-way coilover adjustment. There’s also upgraded brakes with stronger brake lines to help reduce fade, and bespoke calipers available for the TT RS.

A similar arrangement can be optioned on the R8, with new linings for the optional carbon ceramic discs, along with titanium carrying plates in fluorescent red. These are 1kg lighter than the regular items.

Alloy wheel options are on offer, with black 20-inch items for both the R8 and TT. These save up to 7.2kg on the TT and up to 8kg on the R8. For the TT with quattro drive, a cross-member reinforcement bar is fitted at the rear axle for increased stability and rigidity. 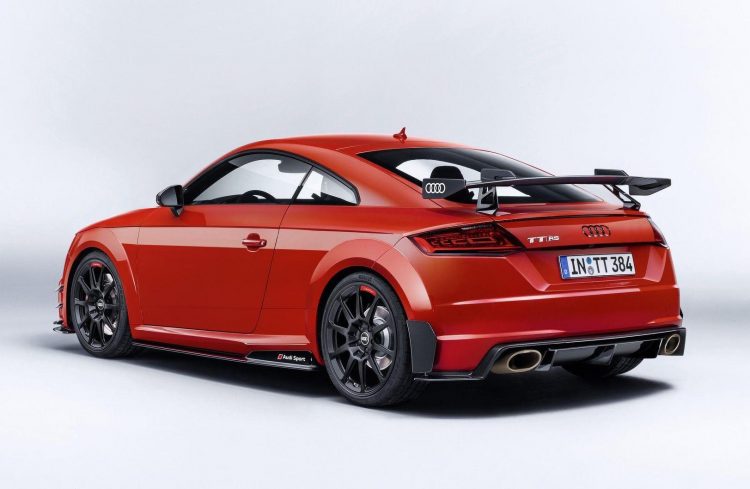 Topping it all off are some cosmetic aero tweaks. Audi says the bodykit components have been wind-tunnel-tested, while also improving downforce at speed. For the R8, downforce is an incredible 250kg at 330km/h, which is an increase of 100kg.

Parts comprise of unique spoilers front and rear, chunky race-like diffuser for the back, and for the TT there’s a unique bonnet with a large vent. All parts are made from lightweight carbon fibre reinforced polymer for the R8, and carbon fibre and plastic for the TT.

Some additional interior parts are available too, including a bespoke steering wheel, Alcantara trimmings, carbon shift paddles, and a strut brace for the TT made from carbon. Going for the rear strut brace removes the rear seats in the TT and actually cuts 20kg from the car’s kerb weight.

Audi says the parts will initially be offered in Germany over the next month or so, with other markets set to follow soon. Similar options for Audi’s other vehicle models are in the works.