This very car is the one that made a huge impact on Australian touring car racing back in the early 1990s. Piloted by Mark Skaife and Jim Richards, it annihilated the Ford and Holden V8s of the day with its 600hp all-wheel drive running gear. And now this legendary car is up for sale. 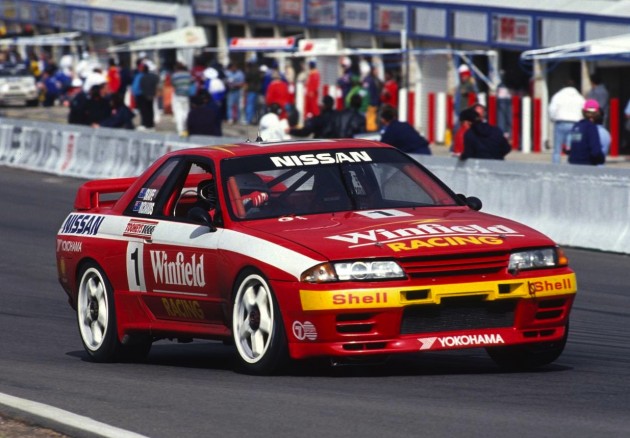 You could say this is one of the most iconic racing cars in Australian motorsport history. It simply left its competition for dead out on the track, and even won the famous Bathurst 1000 race in 1992. It also caused drastic changes to the Australian touring car regulations, which lead to the introduction of the V8 Supercars series.

This is one of only five Gibson Motorsport (GMS) R32 Nissan GT-R race cars ever made. This example, now on its second owner, is the fifth and last one built, combining all of the knowledge and engineering GMS had about the GT-R.

It was driven by Mark Skaife, who went on to win countless V8 Supercars races with Holden, and Jim Richards, an ace driver known for blitzing everything from tarmac rallies, such as the Targa Tasmania, to Australian GT Production car racing and Porsche Cup racing.

In terms of packaging, the ‘Winfield’ GT-R comes with loads of spares including a custom enclosed car trailer, two 2.6-litre twin-turbo Group A specified engines, four Nissan Motorsport diff assemblies, and four GMS turbochargers. Other parts are as follows:

This is one extremely rare car, and one that is likely to be a priceless collector’s classic in the future. So, what’s the price? Well, as you can imagine, the seller is asking for interested buyers to inquire within. Head over to the Ecurie Investments advertisement for more details.