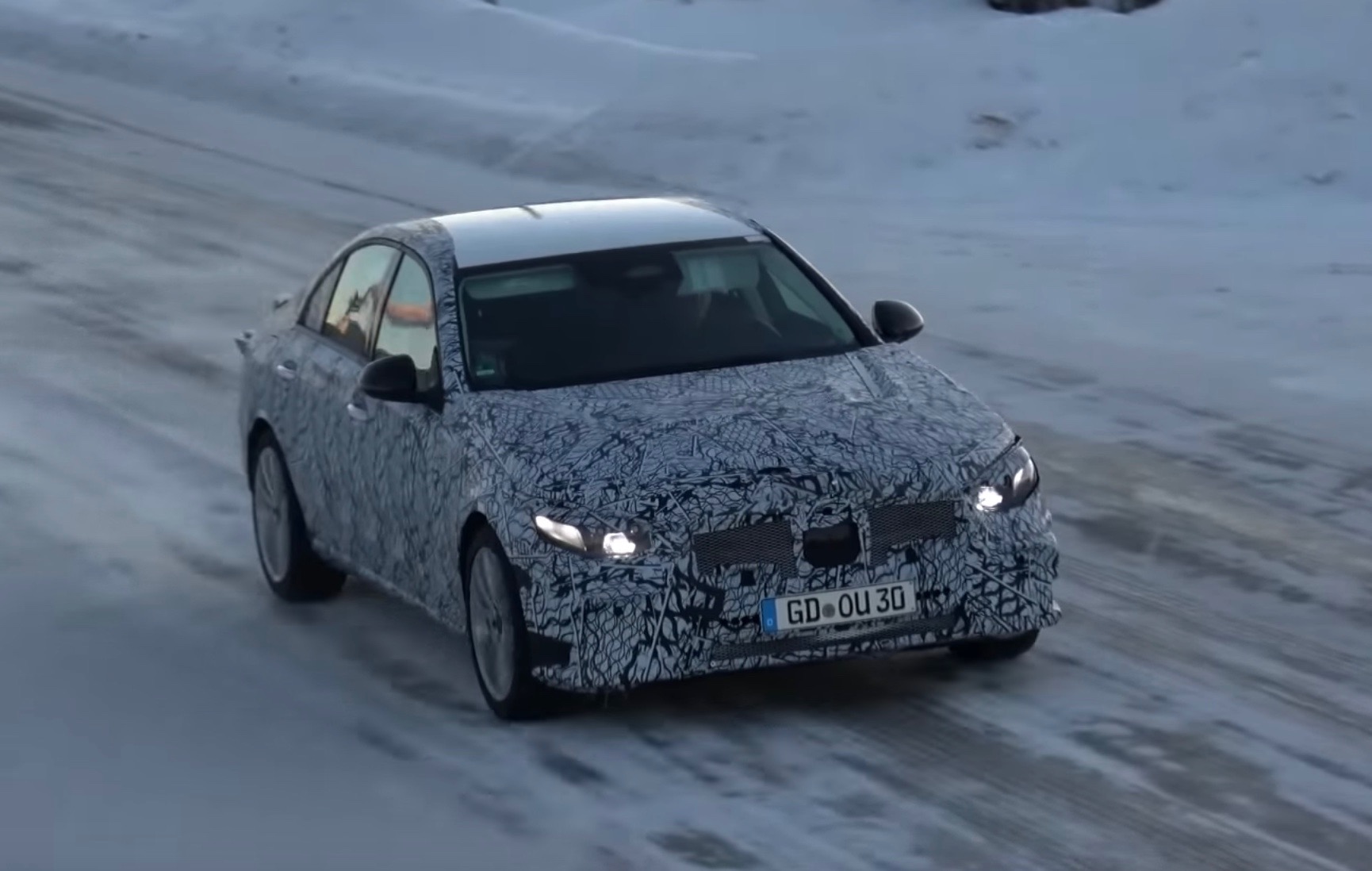 Mercedes-Benz has been spotted test driving prototype versions of the next-gen, 2020 Mercedes C-Class ‘W206’ in freezing conditions in Sweden. These are believed to be some of the first prototypes seen, wearing plenty of thick camouflaging and makeshift panelling. 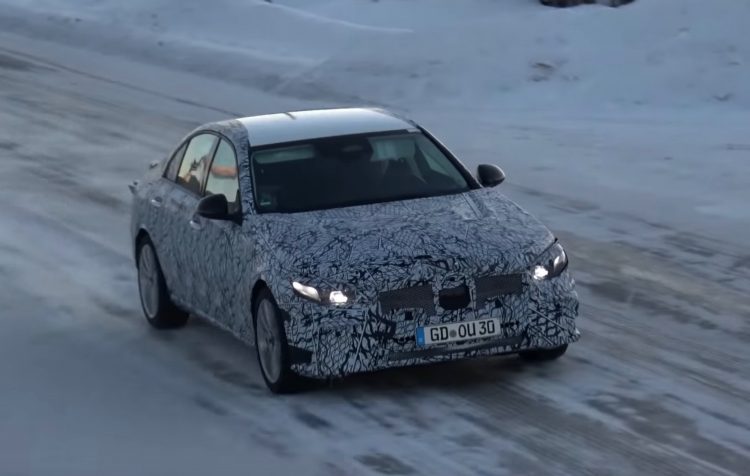 The next-gen model is set to adopt a tweaked version of the existing Modular Rear Architecture (MRA), which currently underpins not just the existing W205 C-Class, but also the E-Class, GLC and even the S-Class, albeit modified. Even though the current C-Class is one of the lightest weight models in the class, some weight reduction is expected as well as increased rigidity with the revised platform. Interior space is set to increase as well, potentially via a stretched wheelbase.

As for the design, well, these prototypes don’t reveal much. However, the new-look slanted headlights are likely, carried over from other recent new models such as the A-Class and CLS-Class. At the back is likely to be some refreshed LED taillights incorporating a similar design as the headlights. The circular LED units on these prototypes shouldn’t be taken seriously, as they are most likely decoys and only installed to ensure the mules are road legal. 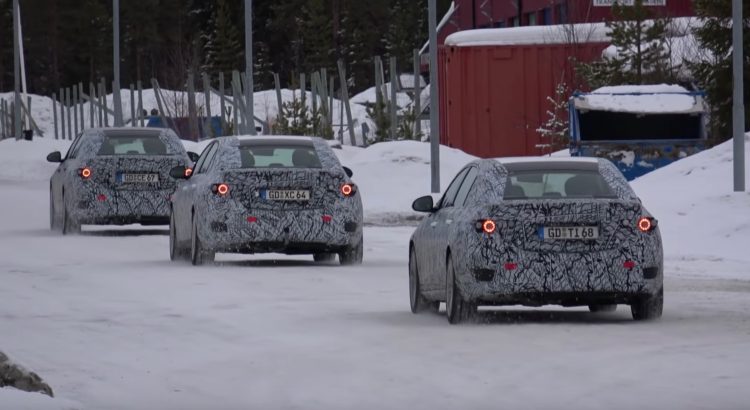 In terms of powertrains, we might be likely and see the new M256 3.0-litre twin-turbo inline six installed into the mid-sizer for the first time. The engine has been applied to AMG 53-badged models, such as the new GLE 53, where it produces 320kW and 520Nm. The engine features EQ Boost mild-hybrid technology to help with economy and performance. With this engine, the badge could switch from the current C 43 to C 53.

Other areas of the lineup are expected to be made up of four-cylinder diesel and petrol options, with at least one hybrid pretty much a given. At the top of the range the C 63 AMG will no doubt continue with the 4.0-litre twin-turbo V8, albeit with yet more power than the current 375kW setup.

A full debut of the W206 C-Class might take place towards the very end of this year. Between now and then though we’ll probably see a lot more prototype testing, including in the European summer out on the Nurburgring. Check out the spy video below, provided by Motor1, for more of a look.