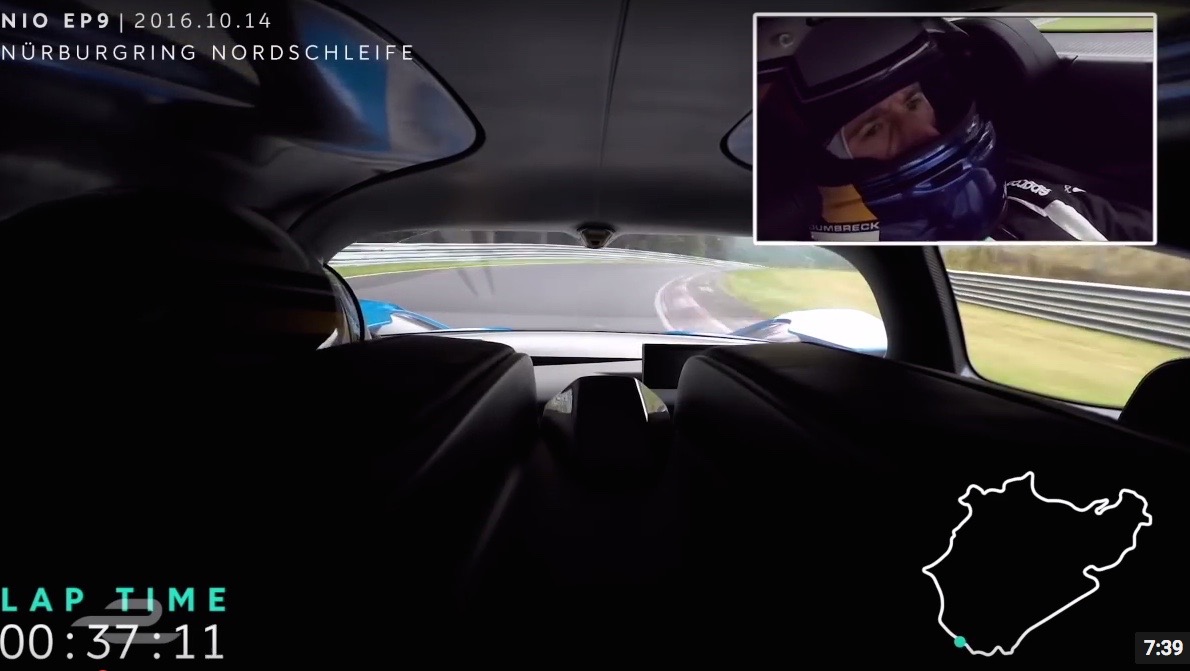 Ambitious Chinese EV upstart Nio broke the EV lap record for the Nurburgring Nordschleife with its EP9 supercar last year, but now in-car footage has emerged of the attempt. 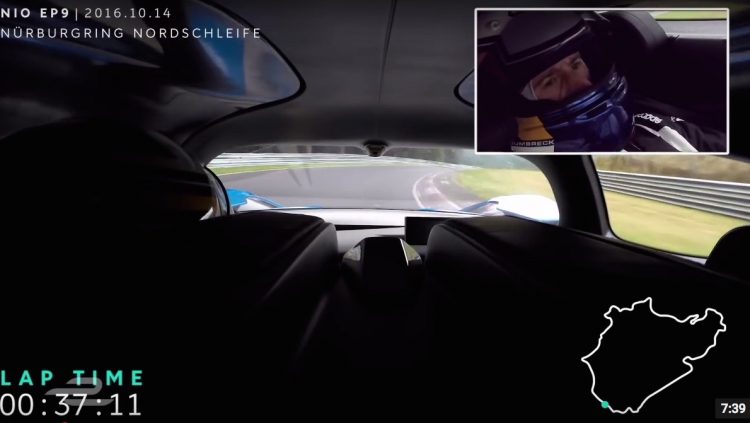 Having since done so at the Circuit of the Americas in Texas this year (autonomously), the EP9 managed to conquer the ‘Green Hell’ in 7:05, thanks to its four electric motors that make a combined output of 1014kW.

For reference, the Porsche 918 hybrid managed 6:57, while the Lamborghini Huracan Performante recently bettered that time by 5 seconds for the production car record. To be in this ballpark is astonishing when you consider the youth of the company and the fact the car is only powered by electricity.

Nio also showed the EVE electric autonomous concept last week at SXSE, which is said to foreshadow a production car by 2020.