Subaru has unveiled a pair of orange 2013 Subaru Impreza WRX Special Editions at the 2012 SEMA Show. These could be the last unique versions of the WRX before the all-new model arrives later next year. 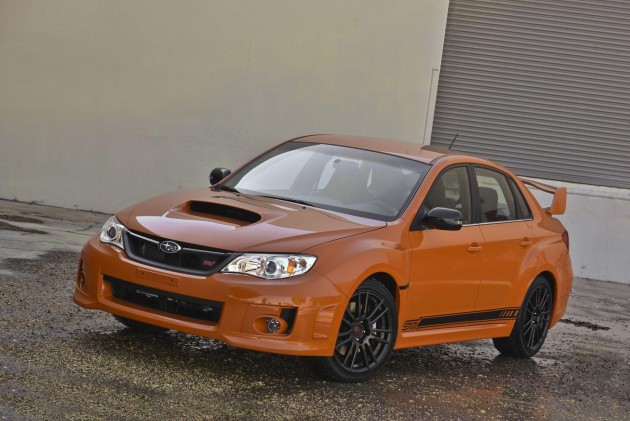 Standing out with a distinctive black and orange colour scheme, the WRX and WRX STI feature black wheels, black side mirrors, and some black decals down the sides. There’s also a black front grille to give it an aggressive face.

Inside, both come with a black upholstery with matching orange stitching. A set of unique floor mats complete the makeover. 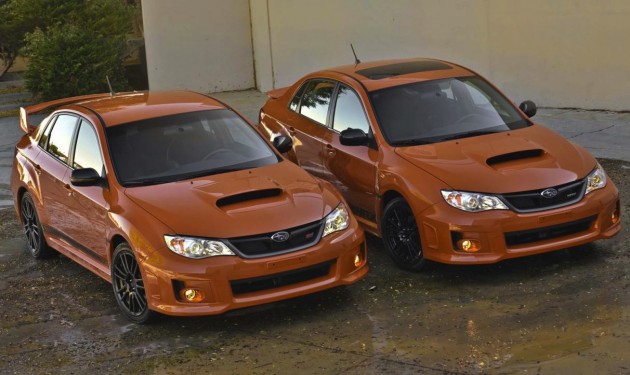 Under the bonnets, both engines remain in standard trim, with a 2.5-litre turbocharged boxer four-cylinder laying the foundations. In the WRX it produces 198kW and 330Nm, while in the performance WRX STI it produces 227kW and 393Nm (overseas specs).

Subaru plans to make just 200 of the WRX versions and 100 of the STI versions, ready for sale in international markets.

The specials remind us of the WRX Club Spec editions that went on sale in Australia in August. Just 300 of those are being made, featuring a similar colour scheme.