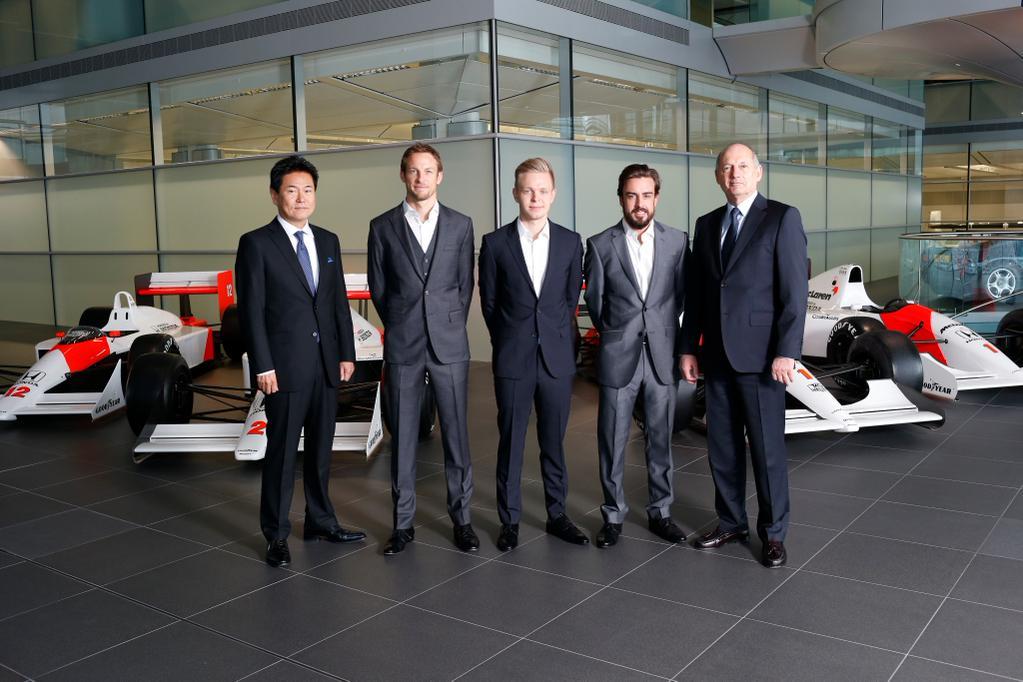 It’s official, Jenson Button and Fernando Alonso have signed up to drive for McLaren for the 2015 Formula One season. Button will be on his sixth season with the team. 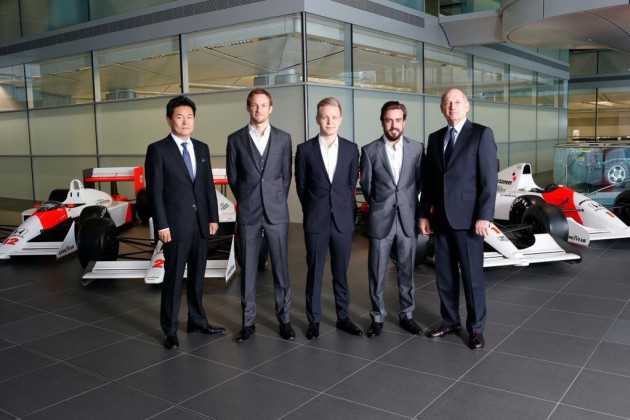 With Sebastian Vettel signing up with Ferrari, there were a lot of rumours circulating about where Alonso will go. But now it’s official. Alonso nudges out Kevin Magnussen, who will become a test and reserve driver.

In the announcement, McLaren also confirmed that it will be switching engine suppliers from next year from Mercedes to Honda. F1 fanatics will remember this isn’t the first time the two auto companies have partnered up for Formula One. In fact, the late Ayrton Senna won 30 of the 44 grand prix events that McLaren and Honda competed in from 1988 to 1992.

McLaren-Honda won eight world championships and 44 grands prix, taking 53 pole positions in the process. The team was perhaps most recognised for the red and white 1988 McLaren MP4/4, which was driven by Ayrton Senna and Alain Prost. Alonso spoke about the new partnership in a statement, saying,

“I still remember, as a kid, the posters in my wardrobe, my toy cars in which I dreamed I would one day emulate Ayrton, and the kart that my father built for my older sister, and that I ended up falling in love with. That kart had the livery of one of the most legendary partnerships in the history of Formula 1, McLaren-Honda, the car that Ayrton drove, the same partnership to which I am now honoured to join, to take part in the next Formula 1 world championship.

“I am joining this project with enormous enthusiasm and determination, knowing that it may require some time to achieve the results we are aiming for, which is no problem for me.

“Over the past year I have received several offers, some of them really tempting, given the current performance of some of the teams that showed interest. But, more than a year ago, McLaren-Honda contacted me and asked me to take part, in a very active way, in the return of their partnership – a partnership that dominated the Formula 1 scene for so long.”

Meanwhile, existing driver Jenson Button is looking forward to next year as well. He said,

“I admired Ayrton Senna enormously, but, for me, it was the exploits of his McLaren-Honda team-mate Alain Prost that inspired me most as a boy. The way he stroked those beautifully brutal red-and-white cars to grand prix wins and world championships was to my mind poetry in motion, and I have tried to emulate his driving style ever since.

“Being a part of new-look McLaren-Honda is a wonderful opportunity for all of us, and I am very pleased to have been invited to do my bit. In fact, I am absolutely raring to go.”

Honda has updated its roadmap toward electrification overnight with the announcement of $50 billion worth of investment, including plans to...

Before it has even hit the market, the all-new 2022 Honda Civic Type R has set a lap record around...