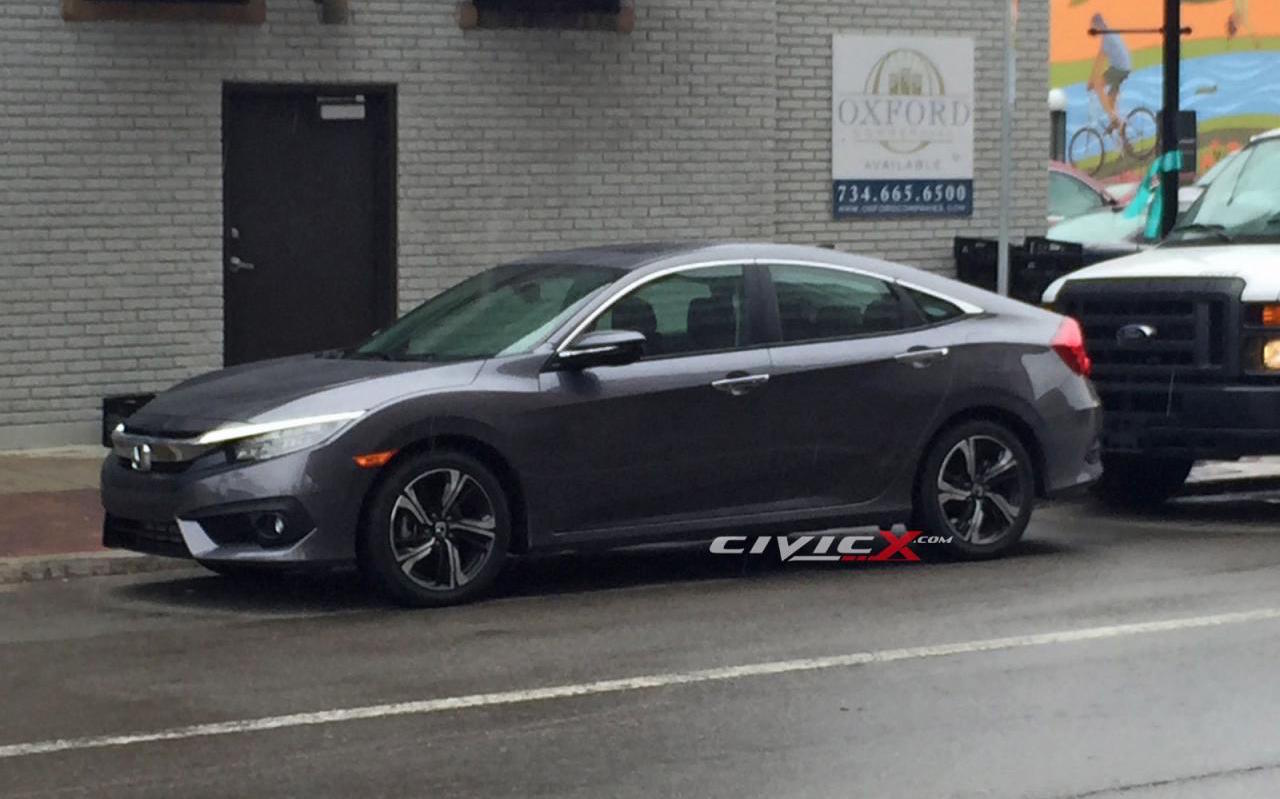 Honda has been spotted out and about in a pre-production version of the 2016 Honda Civic sedan before its official debut, revealing the body design in full. 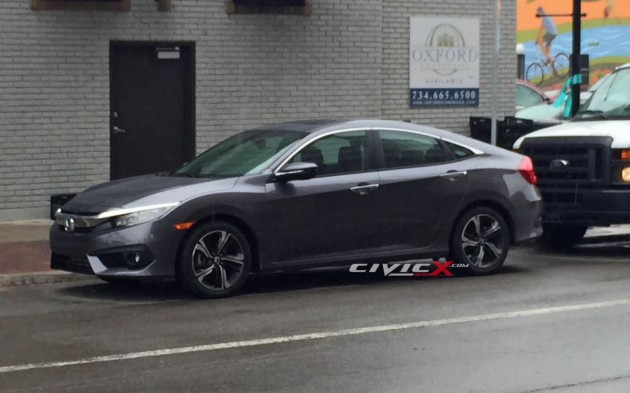 These images, first published on Civicx.com enthusiast forum, show the 10th generation Civic in all its glory and without any camouflaging or black sheeting. Honda mustn’t be worried about the design reaching the public early.

As you can see, the styling takes plenty of inspiration from the Civic coupe concept, with swollen wheel arches, angular headlights with a thick chrome grille running almost the entire width of the car, wrap-around taillights, and a swooping roofline giving it the style and sportiness of a coupe.

In the engine compartment is expected to be the biggest change though, where a fresh 1.5-litre turbo VTEC engine family will be introduced. Specific outputs are yet to be confirmed, however, reports say it could offer up to 140kW.

Inside is set to bring a number of firsts for the Civic as well, including a comprehensive touch-screen interface featuring Apple CarPlay and Android Auto technology. Honda’s LaneWatch system is also expected for the higher grade variants.

As far as we know, the new Civic sedan will make its way to Australian shores next year. Although this is the US-spec version spotted here, a lot of the design and features are likely to carry over for the local market.

Honda will officially unveil the new model on September 16, both in Detroit and Los Angeles simultaneously. 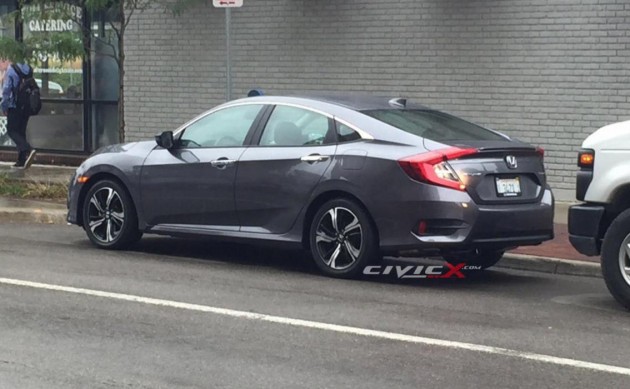