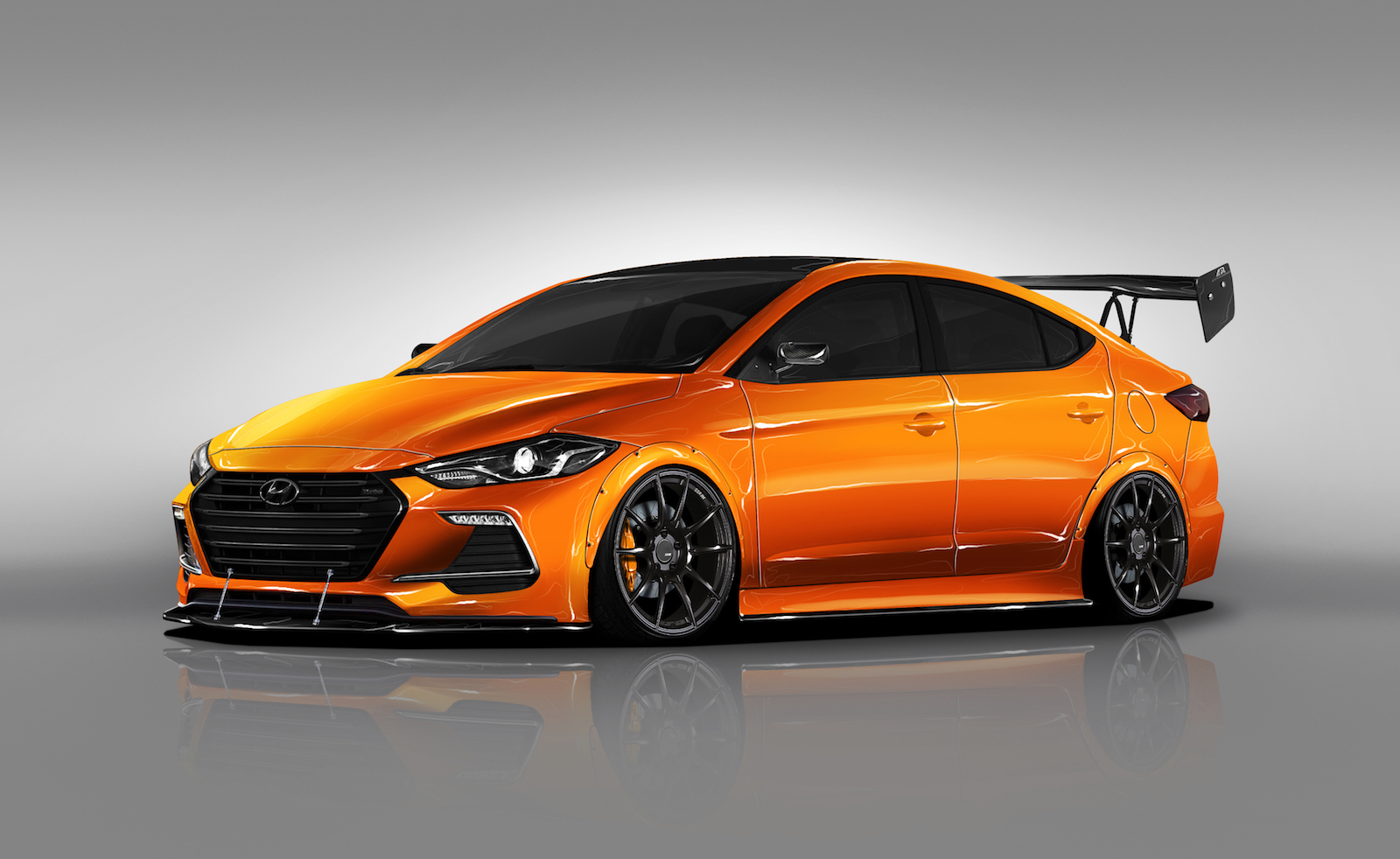 Hyundai has teamed up with Blood Type Racing to create a unique Elantra show car for the upcoming 2017 SEMA show in Las Vegas, with modifications bursting from every corner. 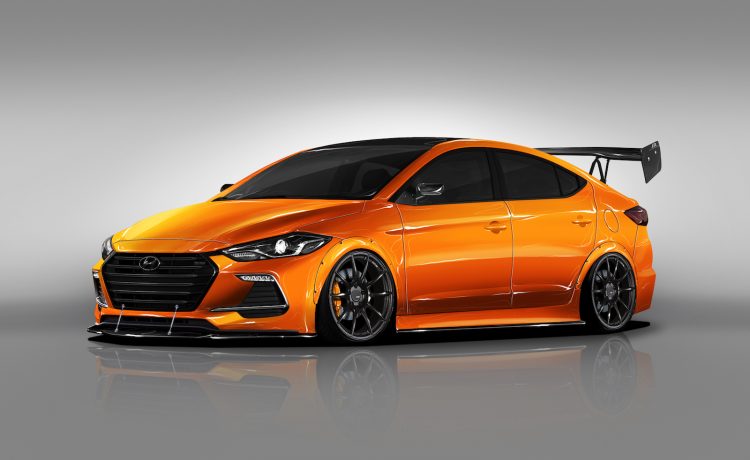 Starting with the engine, Blood Type Racing, or BTR, has given the standard engine a Torcon CAI intake and Pierce Motorsport exhaust system, as well as engine computer tuning by BTR managing a water and methanol injection system.

There’s no details on power output or anything like that, but as you can probably assume the engine would offer quite a lot more power than the standard model. In Australia the most powerful Elantra is the excellent SR turbo with a 150kW turbo motor.

We’re not sure of the actual downforce but there is an Aerotek custom bodykit with low and sharp front and rear bumpers, and a whopping APR GTC-2000 GT rear wing. These parts should help the Elantra suck down on the road. Even if they don’t, they certainly give the Elantra a crazy new look. Sam Lee, product manager at Blood Type Racing, said:

“The BTR Edition Elantra Sport takes the Elantra beyond its capable OEM-development roots without sacrificing daily drivability. Building upon the well-developed Elantra Sport platform, powertrain and design fundamentals, we’ve given enthusiasts a new vision of where this affordable sport compact wants to go.”

The finished product will be on show at the big event, starting October 31.