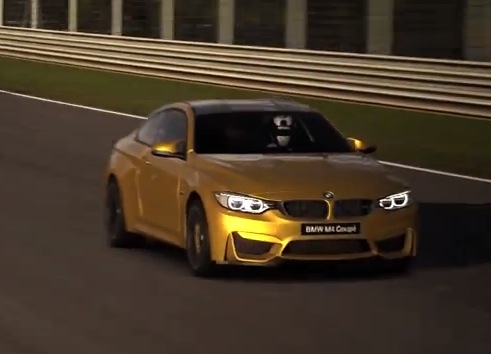 The fascinating new BMW M4 Coupe is now available in Gran Turismo 6 as downloadable content. And to celebrate the occasion, the game’s creators have released a little video showcasing the car, along with a computer-generated soundtrack mimicking the 3.0-litre turbo inline six. Dr Friedrich Nitschke, BMW M GmbH president, spoke about the car’s appearance in Gran Turismo, saying,

“The BMW M4 Coupe takes motor sport technology from the race track to the road, and thousands of laps of the legendary Nurburgring Nordschleife – the world’s most demanding race track – have readied the new model for that transition. I am very much looking forward to seeing how it looks and feels in Gran Turismo on the same circuit.”