How’s this for a painful sight? It’s trailer full of new BMW M3s that were damaged in the making of the upcoming action blockbuster Mission Impossible 5. 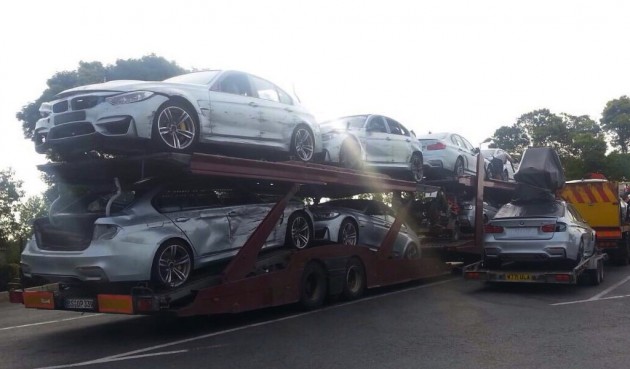 It’s understood the M3s on the truck were used for a chase scene in Morocco. Photos were sent into Motor.es, showing the cars on a truck in Gibraltar, which is the main shipping and ferry dock from Spain to Morocco.

Unfortunately, all of the M3s appear to be quite heavily damaged. On the plus side, we can look forward to some awesome chase scenes and carnage in the upcoming movie.

According to reports the M3s only use the body, wheels and brakes from actual M3 models, while the rest underneath is stripped out, with various other components used for certain areas.

Mission Impossible 5 is set to hit cinemas in the US on December 5. An Australian release date couldn’t be found at the time of writing.