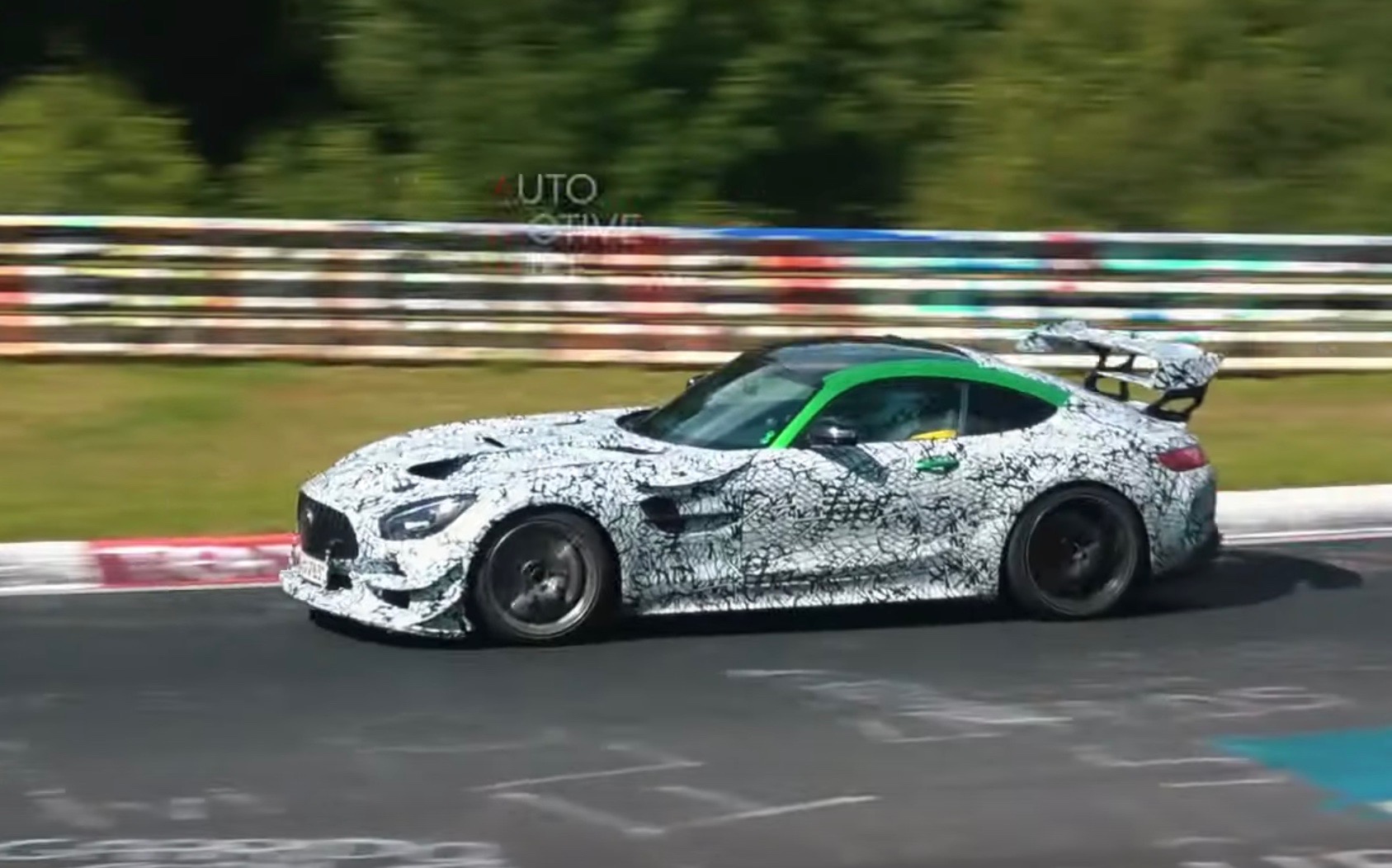 An even more hardcore version of Mercedes-AMG GT R has been spotted at the Nurburgring in prototype form, likely previewing the new Black Series model. 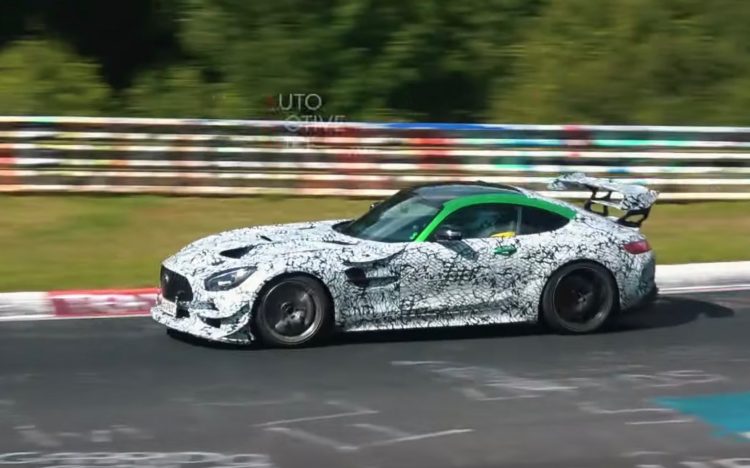 The monster coupe has all the telltale signs of a Black Series, including a big double-decker rear wing, massive front canards extending from the corners, and what appear to be unique little wings sprouting out from the rear of the front guards.

It’s been quite a wait for the Black Series, but it is set to come in as the mack daddy of all Mercedes-AMG cars, aside from the AMG One hypercar. As such, we could be about to welcome the fastest and most powerful normal-ish passenger car AMG has ever made.

According to reports, AMG is preparing a new twin-turbo V8 for the Black Series, carrying over the 4.0-litre capacity from the existing GT models. However, with a number of major mechanical changes, there’s talk of around 500kW (almost 700hp) being on tap.

A very powerful engine is one thing. But, the Black Series is set to drop some weight as well, improving the power-to-weight ratio. We can expect loads of carbon fibre, and not just for some of the cosmetic trimmings, but for proper, fundamental components as well.

It looks extremely quick out on the Nurburgring. Even though it is still in testing phase. The GT R Black Series, or GT Black Series, whatever it ends up being called, could become one of the quickest ever production cars around the circuit.

Check it out below in the spy video below. A full debut is expected some time next year.