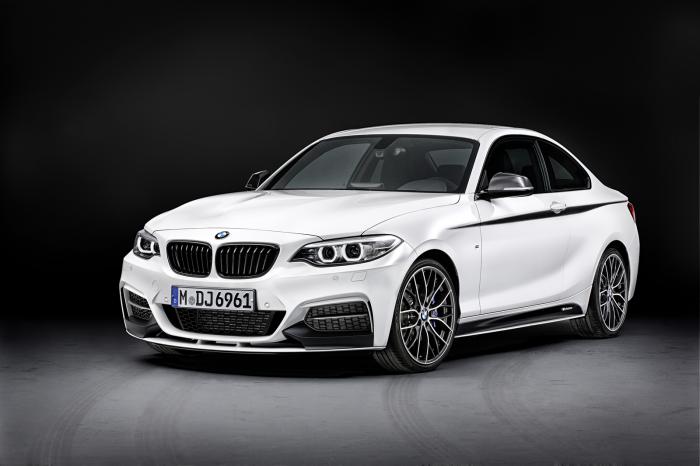 BMW has revealed the full M Performance accessories that will be available for the upcoming 2 Series coupe next year. The package gives the two-door an awesome aftermarket look. 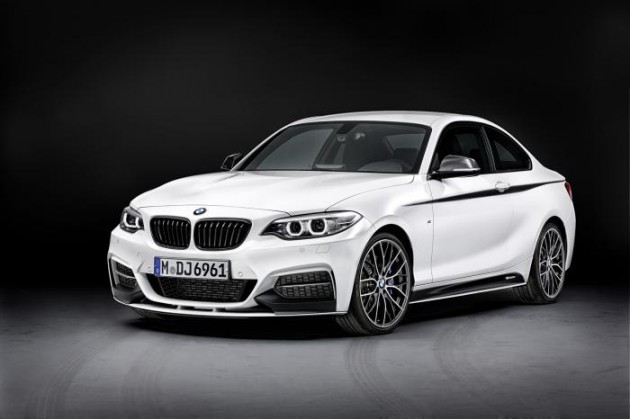 Starting with the body trimmings, the M kit includes a more aggressive front bumper bar and spoiler system with black highlights, while down the sides are a set of matching black-detailed side skirts.

At the back is a bespoke rear bumper bar with the company’s side carving design in the corners, with a black diffuser section in the middle and twin exhausts tips which can be had in carbon or chrome. A black lip spoiler tops it off. 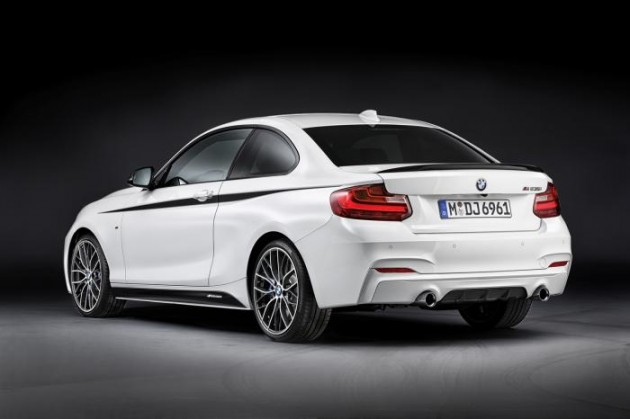 Mechanically, there’s a cornucopia of options available to enhance its driving character. There’s a sports suspension setup which lowers the car by 20mm, special brakes with orange, red, or yellow calipers, and a limited-slip differential option for the M235i variant.

Although there isn’t any power upgrades for most variants, BMW has developed a tune for the 220d which boosts power by 14kW and 40Nm. The 220d is left with an impressive 147kW and 420Nm. 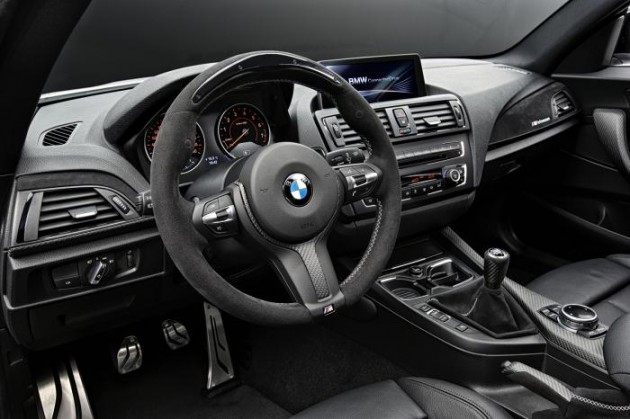 Inside, Alcantara can be used to for the unique M sports steering wheel, while carbon fibre graces the dash, door handles, and centre console for that pure sporty focus.

Overall, you would have to admit the complete package looks very appealing, especially with the dark motorsport-style 19-inch alloy wheels.