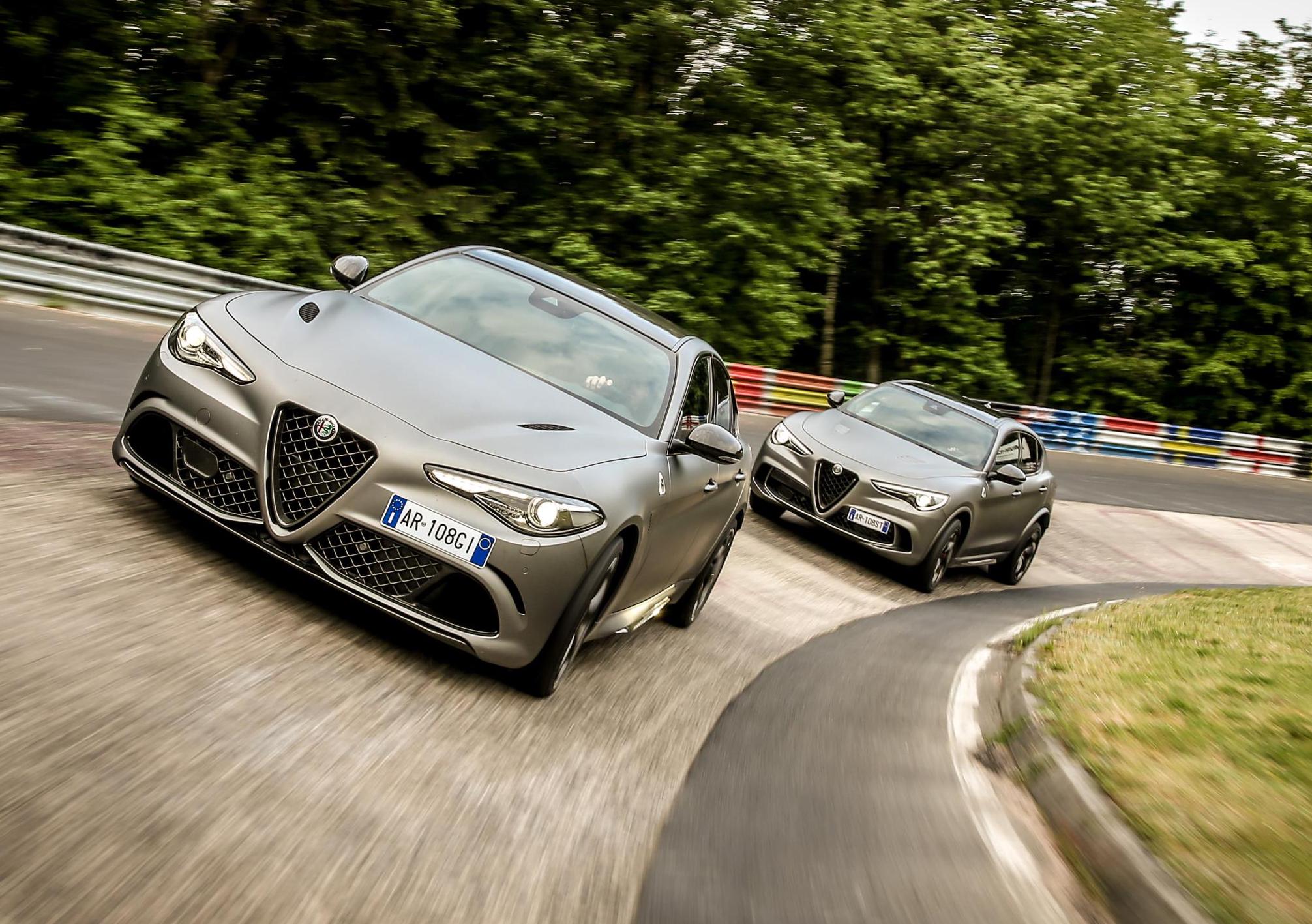 Alfa Romeo has announced a pair of special editions in Europe. Meet the Alfa Romeo Giulia QV NRING and Stelvio QV NRING. These limited-build models have been designed to help celebrate Alfa’s connection with the famous Nurburgring in Germany. 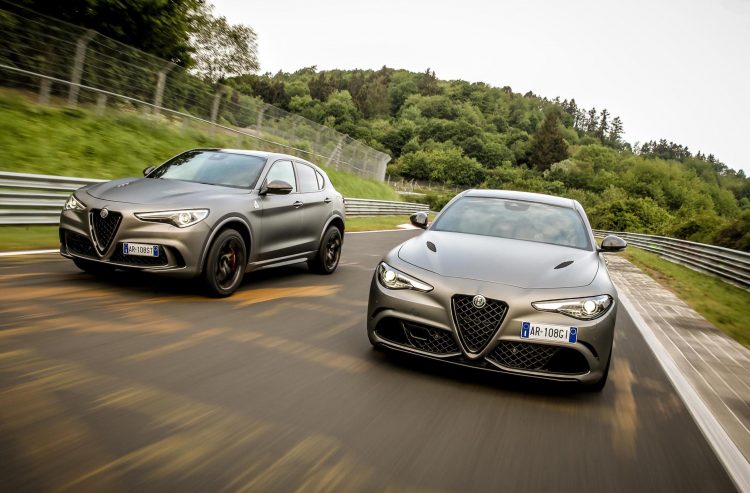 You might remember the Giulia QV (also known as the Quadrifoglio) recently set a lap record around the Nurburgring for a production four-door sedan. It posted a time of just 7:32. Shortly after, the Stelvio QV posted a 7:51.7, making it the fastest SUV.

Both vehicles are powered by a 2.9-litre twin-turbo V6 producing 375kW and 600Nm. Across the tarmac, the Giulia needs just 3.9 seconds to hit 100km/h, while the Stelvio requires just 3.8 seconds, according to Alfa Romeo. These are among the quickest vehicles of their category.

For the NRING editions Alfa Romeo has applied a coat of special Circuito Grey matte finish paint to the body, while the interior features a special numbered badge for the carbon fibre dash insert, highlighting the specific build number. There’s also a set of Sparco bucket seats with red stitching and carbon fibre backs, a Mopar gear shifter with carbon fibre highlighting, and an Alcantara-wrapped steering wheel. 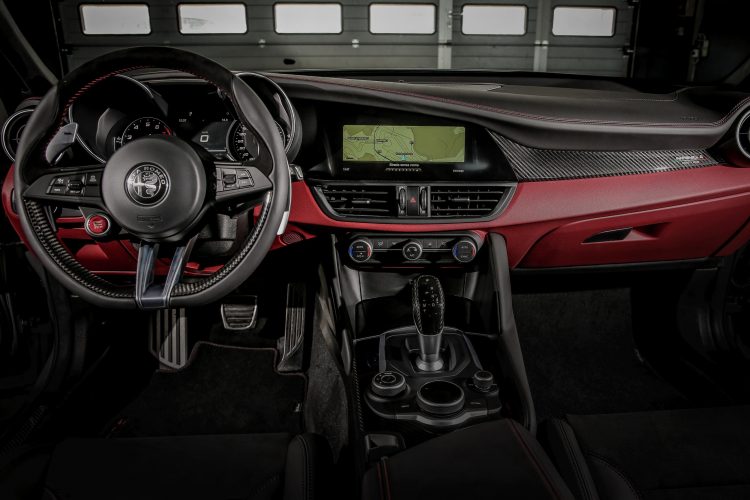 On the outside, fans will spot the carbon fibre side mirror caps and carbon front badge, with bespoke side skirts and tinted windows as standard. Behind the alloy wheels are a set of carbon-ceramic brakes, fitted as standard. Every owner will also receive a kit comprising of an “authenticity certificate issued by the constructor, a numbered certification plaque matching the car’s chassis number, a book of photographs and the technical specification”.

As an extra bonus buyers are also treated to a 1:18 scale model of their car, and are given a pair of leather shoes from the Alfa Romeo licensed Quadrifoglio collection. Owners will also be offered the chance to attend a driving course at the Nurburgring.

Just 108 examples of each the Giulia QV NRING and Stelvio QV NRING will be available for European markets, making them quite an exclusive package.