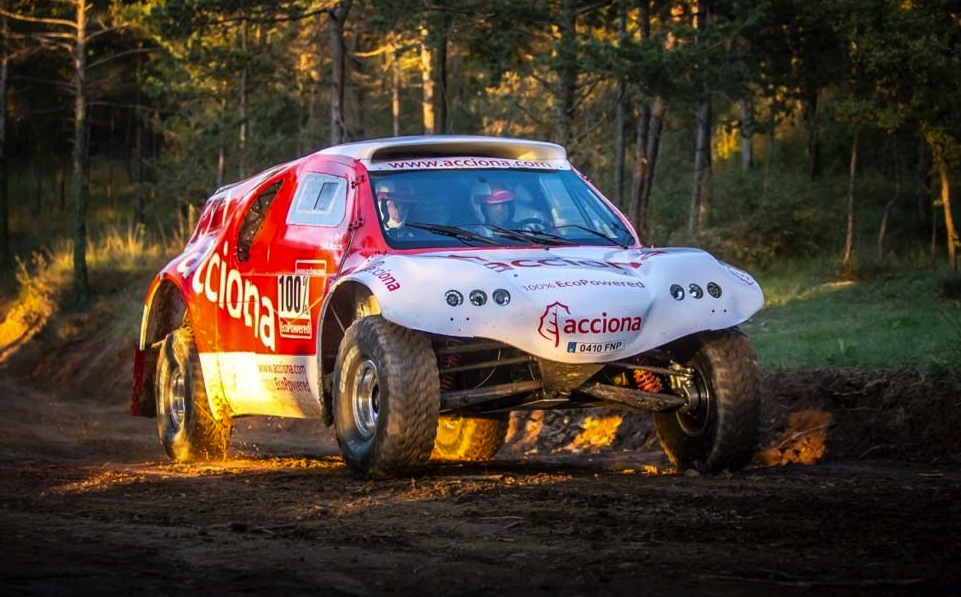 Renewable energy company ACCIONA has lifted the veil on its 100 per cent electric EcoPowered rally racer which will compete in the 2015 Dakar rally, venturing 9000km through Argentina, Chile and Bolivia. 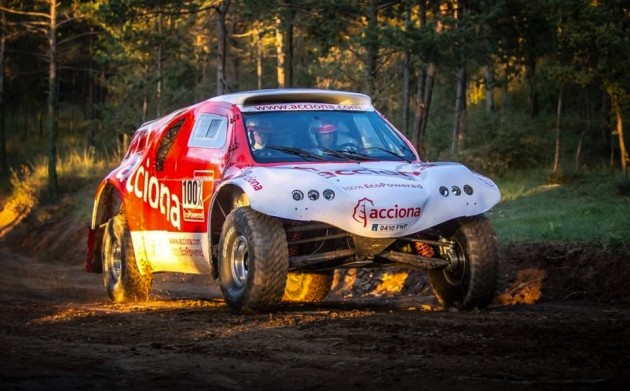 The Dakar Rally is arguably one of the most tumultuous, challenging and fiercely competitive races in the automotive world, and for the first time in its history, an all-electric car will join the pack.

The vehicle in question has a 220kW synchronous electric motor that weighs in at 80kg, as opposed to close to 300kg for a large capacity internal combustion engine. The chassis is constructed from chromoly tubing, and the bodywork is made from carbon fibre composite.

Four removable lithium-ion battery packs provide energy storage of 140kWh, or enough energy for about 32 average-sized homes. There is also a solar panel system that provides 100 Watts of power for auxiliary, telemetry and security systems.

Its internal combustion-powered rivals are expected to drink more than 2250 litres of fuel each in the arduous journey, and collectively releasing more than 22,000 metric tonnes of carbon emissions – the equivalent to a single F1 Grand Prix event.

ACCIONA says its ‘100% EcoPowered’ electric car is the final vehicle in a trilogy of environmentally-friendly vehicles. First was a sled that reached the South Pole propelled only by a system of kites in 2011. Then in 2012, the company participated in the Vendeé Globe with a yacht that used no fossil fuel.

Now, ACCIONA has its sights on the biggest prize so-far, the Dakar. Of the 431 vehicles that entered this year’s Dakar rally around 50 per cent were abandoned and just couldn’t withstand the conditions (or crashed). It will be interesting to see how an electric vehicle copes. Take a look at the video below for a preview.