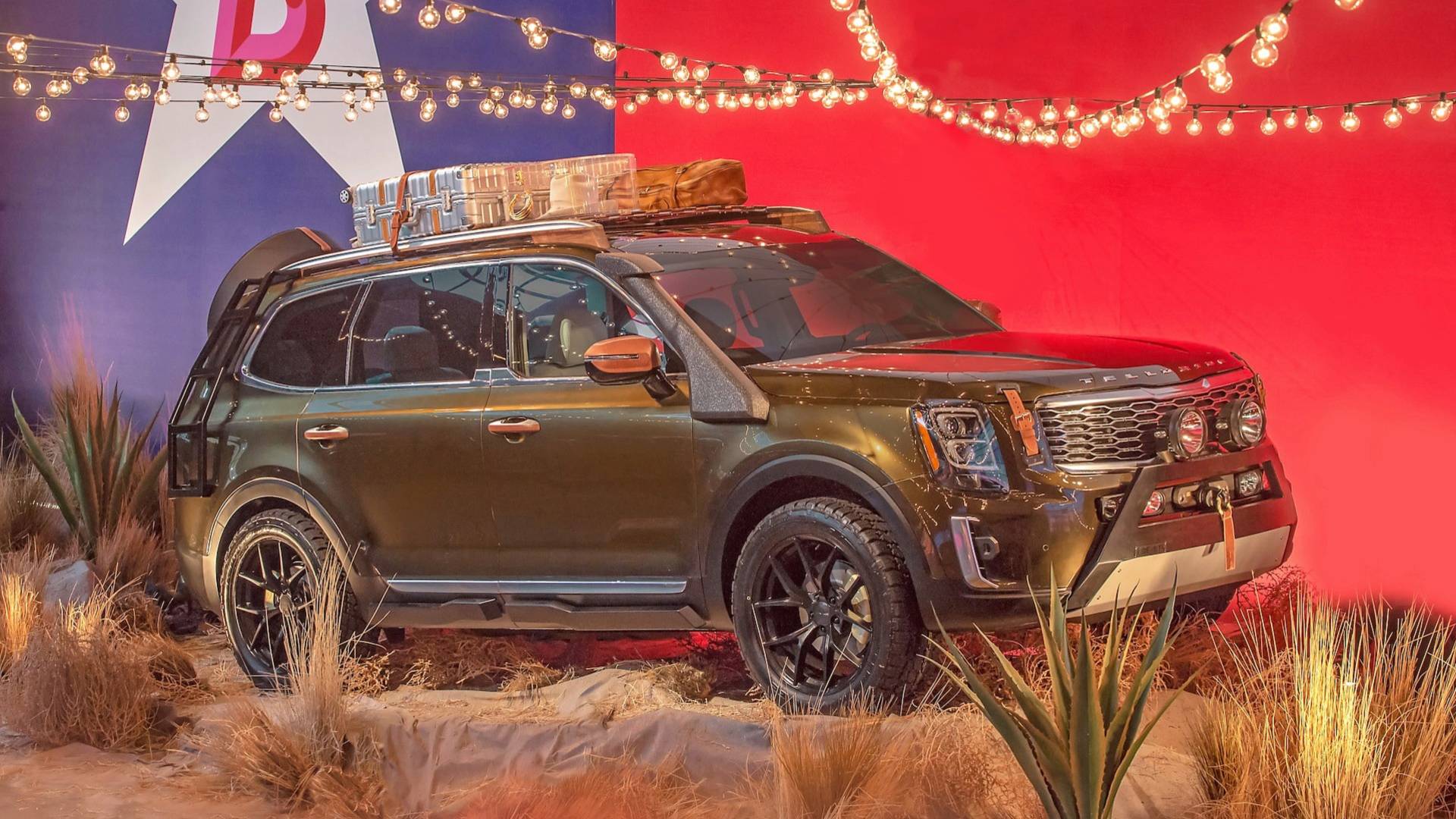 Kia has unveiled the all-new 2020 Telluride during the New York Fashion Week event over the weekend. The mammoth SUV was designed by Kia’s US design studio in California. 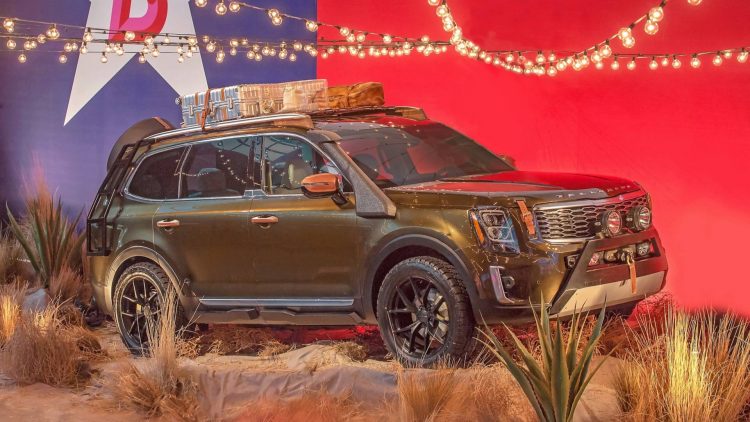 It sounds like the name of a wave machine at a water park, but make no mistake, the Telluride is Kia America’s largest and most luxurious SUV. Saad Chehab, vice president of marketing communications at Kia Motors America, spoke about the new model in a statement, saying:

“Telluride summits Kia’s SUV lineup and forged a surprising new path with its runway debut at New York Fashion Week. Only a brand as forward-thinking as Kia could collaborate with Brandon Maxwell to launch the Telluride ahead of its official debut at the North American International Auto Show in January.”

To celebrate the launch of the new model, Kia America put together a one-of-a-kind version showcasing a range of after-market-style enhancements and special interior details. For example, there’s some custom front and rear bumper bars, special skidplates and side steps, a hidden winch, and a snorkel, and an impressive rook rack system complete with a ladder. 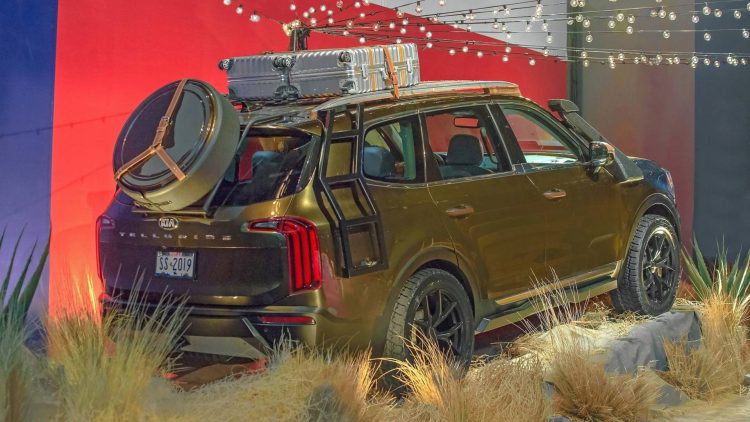 Inside, the eight-seater SUV features bespoke natural wood trimmings and saddle-style double-stitched leather, with yet more leather for the door handles and door cards, and even for the rear-view mirror for that exclusive look. A large touch-screen interface takes prime position atop the dash.

Specifications on the powertrain haven’t been detailed, except Kia says it is powered by a new V6. Kia unveiled a concept version of the new Telluride in 2016. In that was a 3.5-litre V6 hybrid that produced an impressive 298kW, with a fuel economy average of 7.8L/100km.

Speaking of the concept, this production version appears to borrow plenty of design cues from it. At the front is a very wide interpretation of Kia’s ‘tiger nose’ grille, while the rear adopts a vertical LED taillight arrangement similar to the Stinger sports car.

The 2020 Kia Telluride will be produced at Kia Motor Manufacturing in Georgia, United States. Showroom entry is penned in for early in 2019. At this stage it isn’t set to be made in right-hand drive, which means it won’t be likely to enter the Australian lineup any time soon.