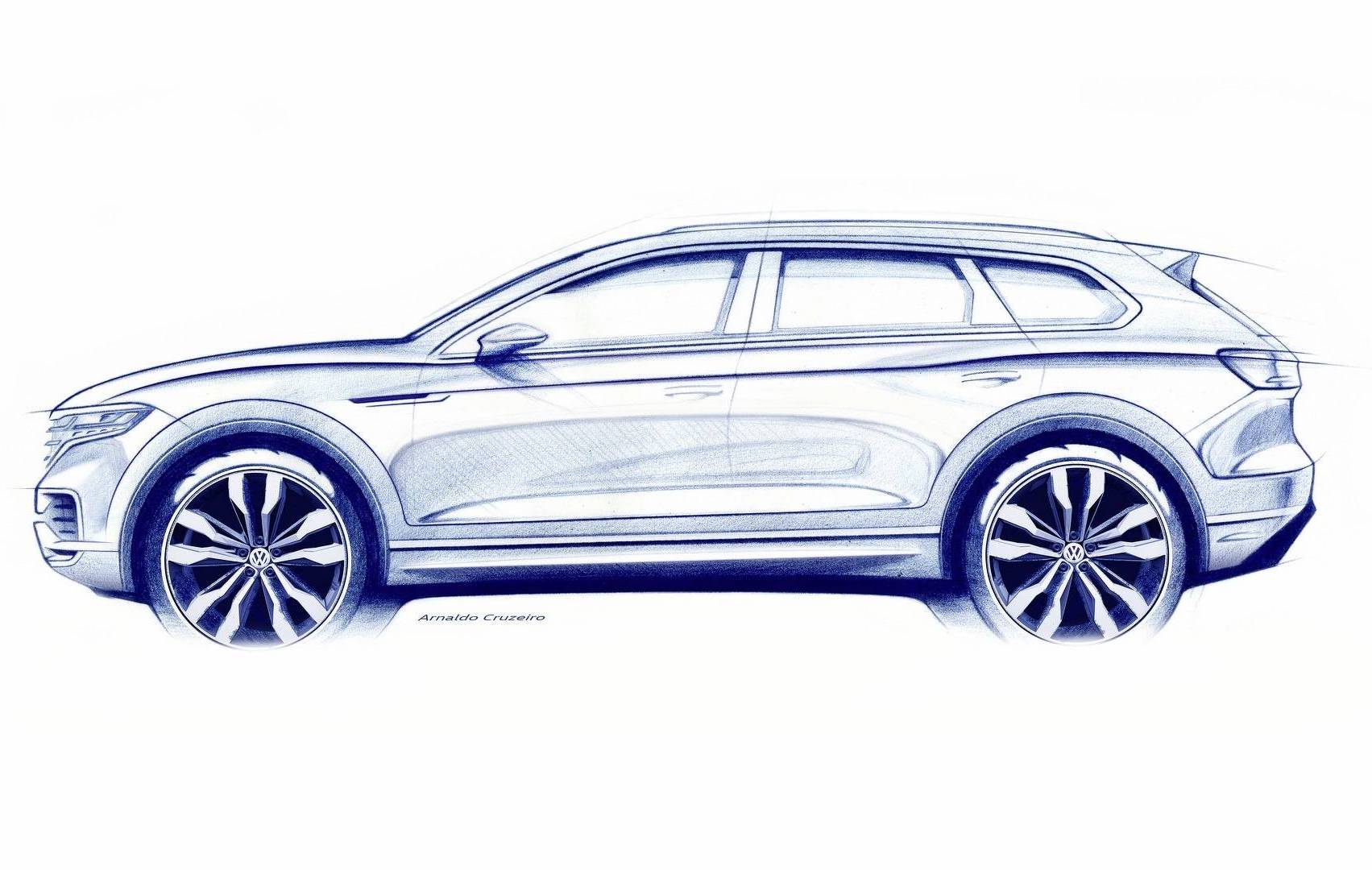 Following the finding of some patent images, Volkswagen has sent out the first teaser of the next-gen, 2018-2019 Touareg, confirming it will be unveiled in China on March 23. 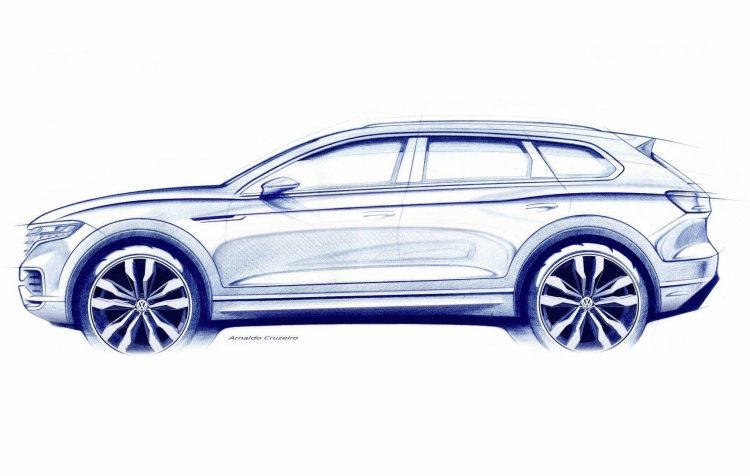 The teaser shows the next Touareg will receive a sleeker design, with lower profile windows and roof, and more elegant body lines running down the sides compared with the fairly clean and somewhat vanilla current model.

We also get a quick look at the front end, and it appears like it will showcase VW’s latest theme with thin headlights connected via a drooping horizontal grille in the centre. This design is seen on the current Passat and Tiguan, and perhaps more exaggerated on the Arteon.

The design was the work of Klaus Bischoff, head of Volkswagen design, and his team, and it’s described as highly expressive and strong in character. Being the company’s flagship, we can probably expect some elements to trickle down to smaller models.

Volkswagen confirms the third-gen model will come with air suspension like the current model, as well as roll stabilisation, and, interestingly, rear-wheel steering. This latter technology could help to improve inner-city manoeuvrability, while also enhancing high-speed stability.

Inside, the company says the cabin will showcase an “Innovision Cockpit”, which promises to bring in one of the largest digital cockpits in the class. There’s also going to be a “new type of infotainment” that makes it a “driving internet node”.

Volkswagen will be revealing the new model in Beijing, with a special presentation being put together to show off its range of technical capabilities and in-car features. Stay tuned.