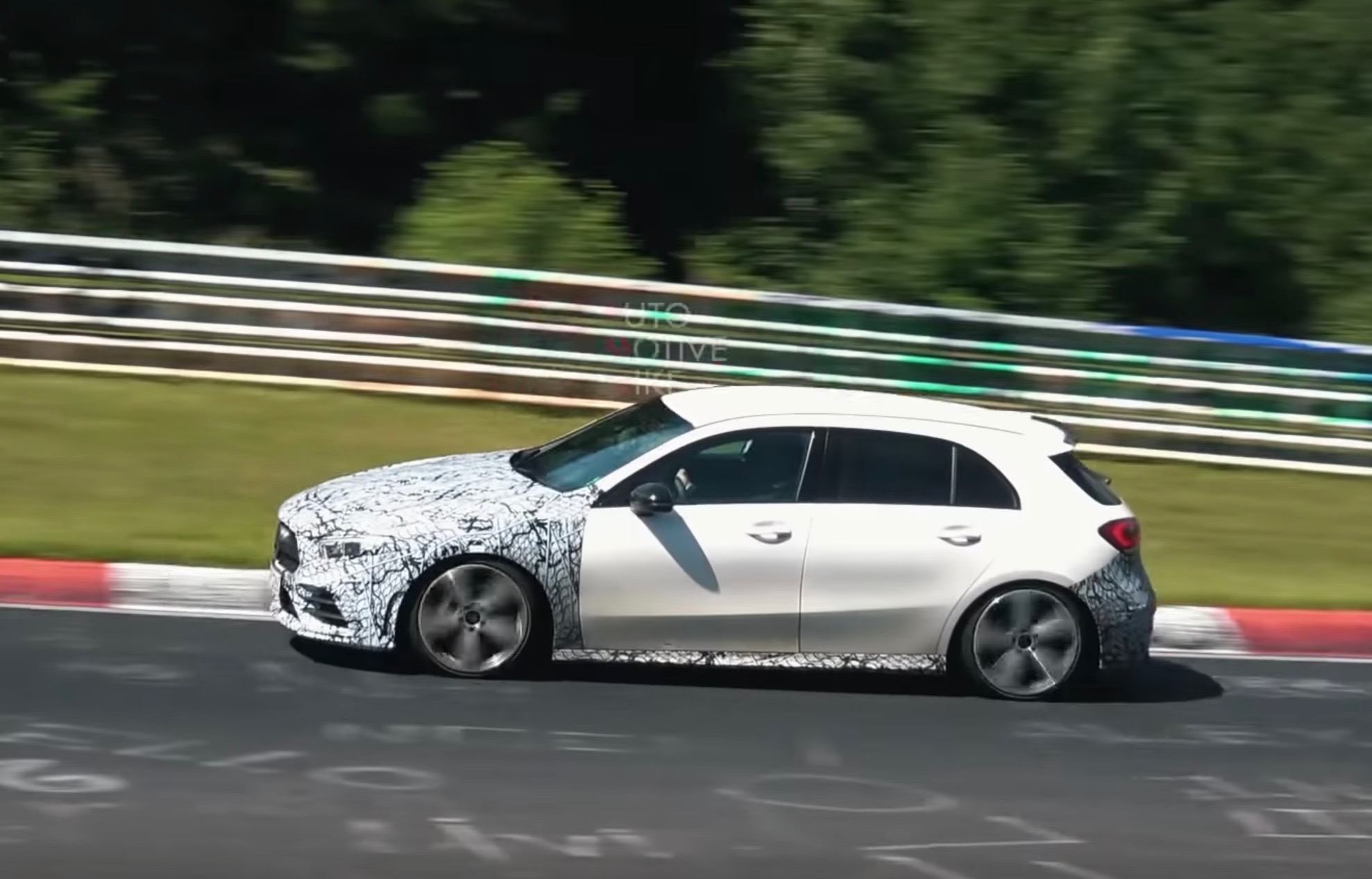 Mercedes-Benz has been spotted test driving what is believed to be the new ‘A 35 AMG’. The new sub-AMG variant is set to come in as an intermediate step between the fully-flogging A 45 and the sporty A 250 AMG Sport. 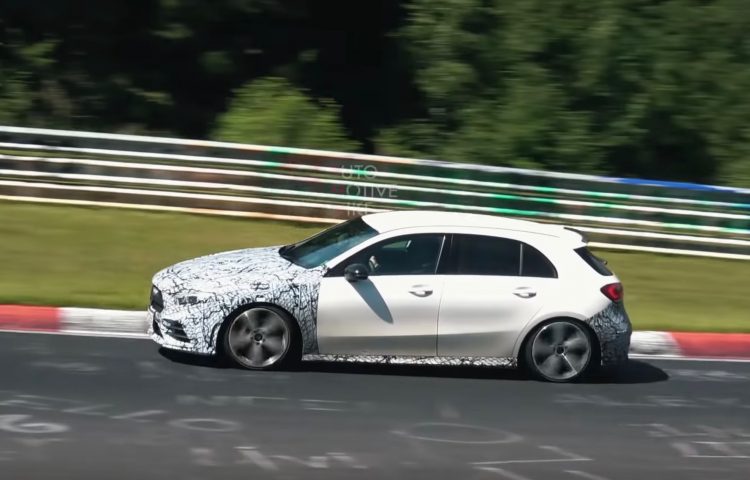 In a similar way, the new A 35 is set to adopt a slightly watered down exterior in comparison. The prototype spotted in the video below doesn’t reveal much as it is wearing disorienting camouflaging around the front end, but you can just see a sporty front lip, side skirts, and a neat diffuser area at the back with twin exhausts.

It’s understood the new variant will be Mercedes’s answer to the BMW M140i. The M140i isn’t a fully fledged M car, but it uses components and trimmings inspired by M cars. This A 35 will probably have a similar approach, inspired by the big daddy AMG models.

Mercedes introduced the second-gen A-Class earlier this year. It showcases an overhauled exterior design with new-look angular headlights, as well as a vastly updated interior with more premium touches. Some new technologies, including a 48V electric system and electric turbocharged, are apparently in store for the A 35.

Later down the track AMG will launch its hardcore version, which some rumours suggest might adopt the name ‘A 50’. Word has it that model could produce upwards of 300kW. In the meantime, check out the spy video below for a preview of the A 35.