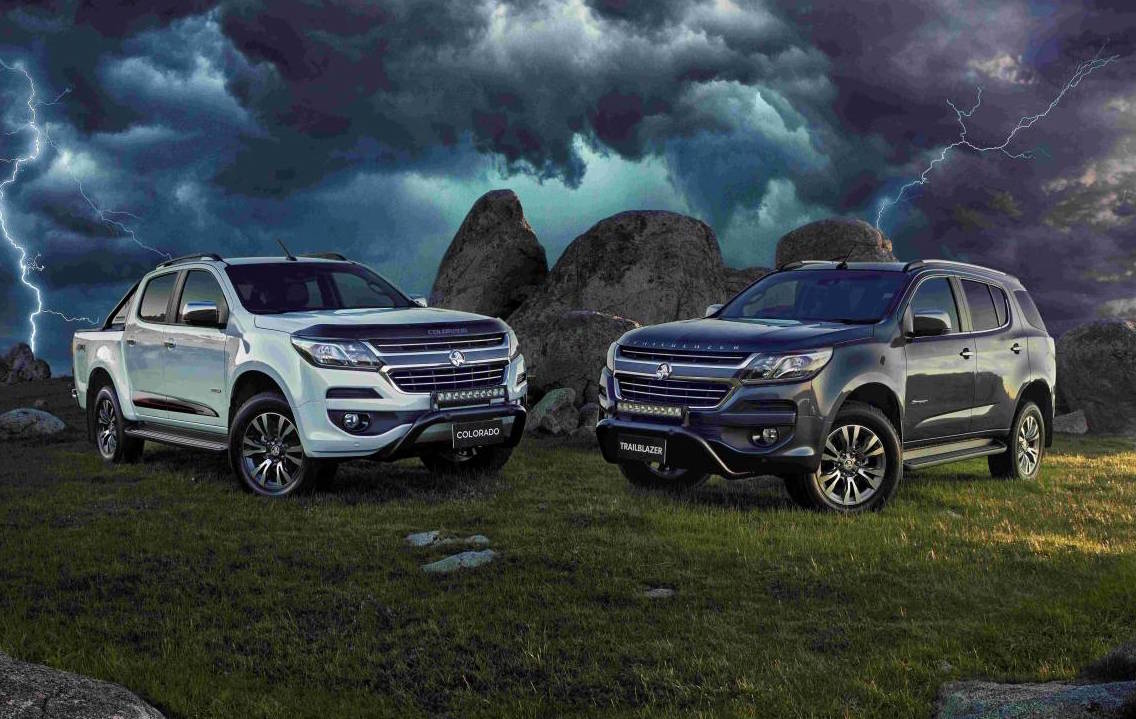 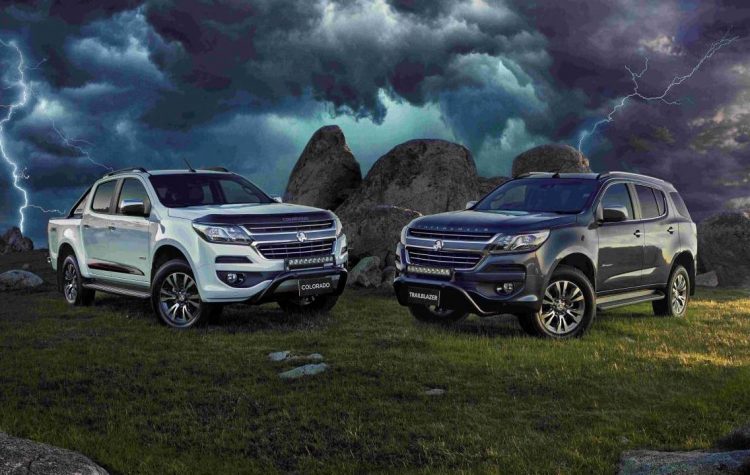 Back by popular demand, the Colorado Storm is based on the Colorado LTZ and comes with an LED light bar at the front, along with a black nudge bar, sports bar, and roof rails. A bonnet protector, soft-drop tailgate, and some Storm badges complete the kit.

Likewise, the Trailblazer Storm is dressed in a black nudge bar and LED light bar, while adding a body-coloured rear spoiler, sporty rear fascia, and it comes with Storm badges on the front doors. There’s also a unique TRAILBLAZER logo on the bonnet for that added touch.

Both models are powered by the familiar 2.8-litre turbo-diesel four-cylinder engine. It remains as one of the most powerful and torquiest four-cylinder units in the class, producing 147kW and 500Nm. This is sent through a six-speed automatic transmission as standard with the Storm models.

Overall, Holden says the Colorado Storm adds $4800 in content but for only a $2000 price rise over the equivalent non-Storm LTZ automatic. The Trailblazer Storm adds $3400 in content. Both special editions are also eligible for Holden’s seven years free servicing deal, for scheduled services. This applies only to orders placed by December 31, 2019. Speaking about their arrival, Andre Scott, general manager Holden LCV marketing, said:

“We were excited about adding the LED light bar, which significantly improves visibility at night, particularly in outer-suburban and rural areas, where wildlife and other road hazards are more common.” Scott added, “At the end of the day, the customer gets both looks and function for $2000 more than an LTZ, and that represents a very solid value equation.”

The special editions are on sale now from the following prices (drive-away):