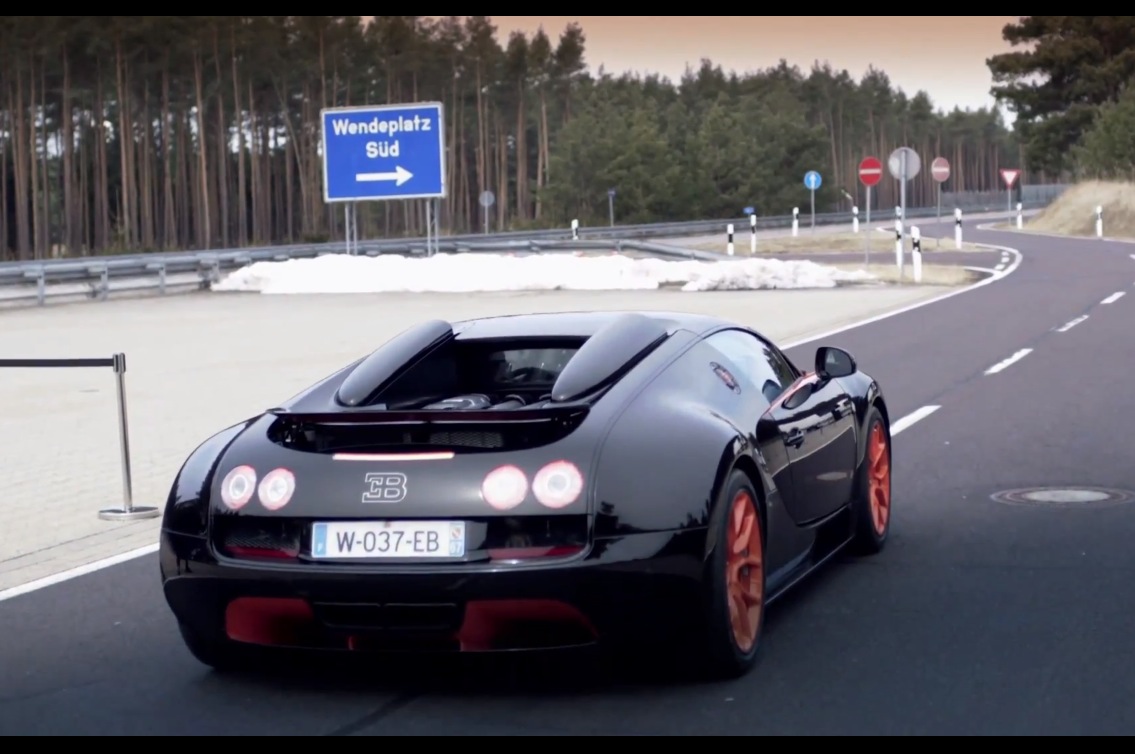 Bugatti has released a video of the official record-breaking top speed run it did with the new Bugatti Veyron Grand Sport Vitesse WRC. The car hit an incredible 408.84km/h with the roof down, giving it the title as the world’s fastest production convertible. 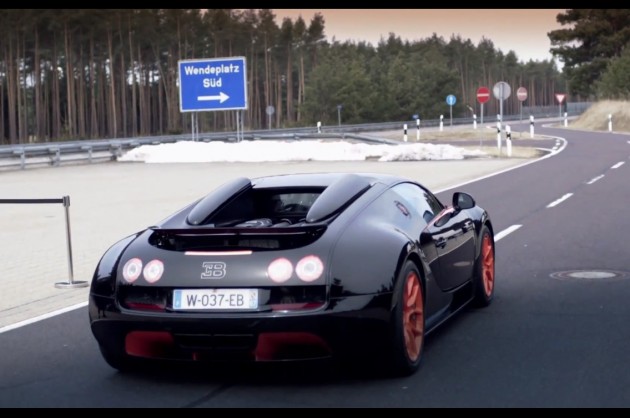 Bugatti only just introduced a special tribute model Vitesse at the 2013 Shanghai Motor Show earlier this month, called, rather simply, the World Record Car (WRC). This is the version that was used to break the speed record.

Basically, and awesomely, the car is a drop-top version of the Veyron Super Sport – also a record-breaking car, known as the fastest car in the world (431km/h). Power comes from the same 8.0-litre quad-turbo W16 engine producing 882kW and 1500Nm.

Just eight examples of the WRC will go into production, with prices kicking off at a cool 1.99 million euros (approximately AU$2.47 million).

Click play below to see the epic run which was done at Volkswagen’s Ehra-Lessien test track.