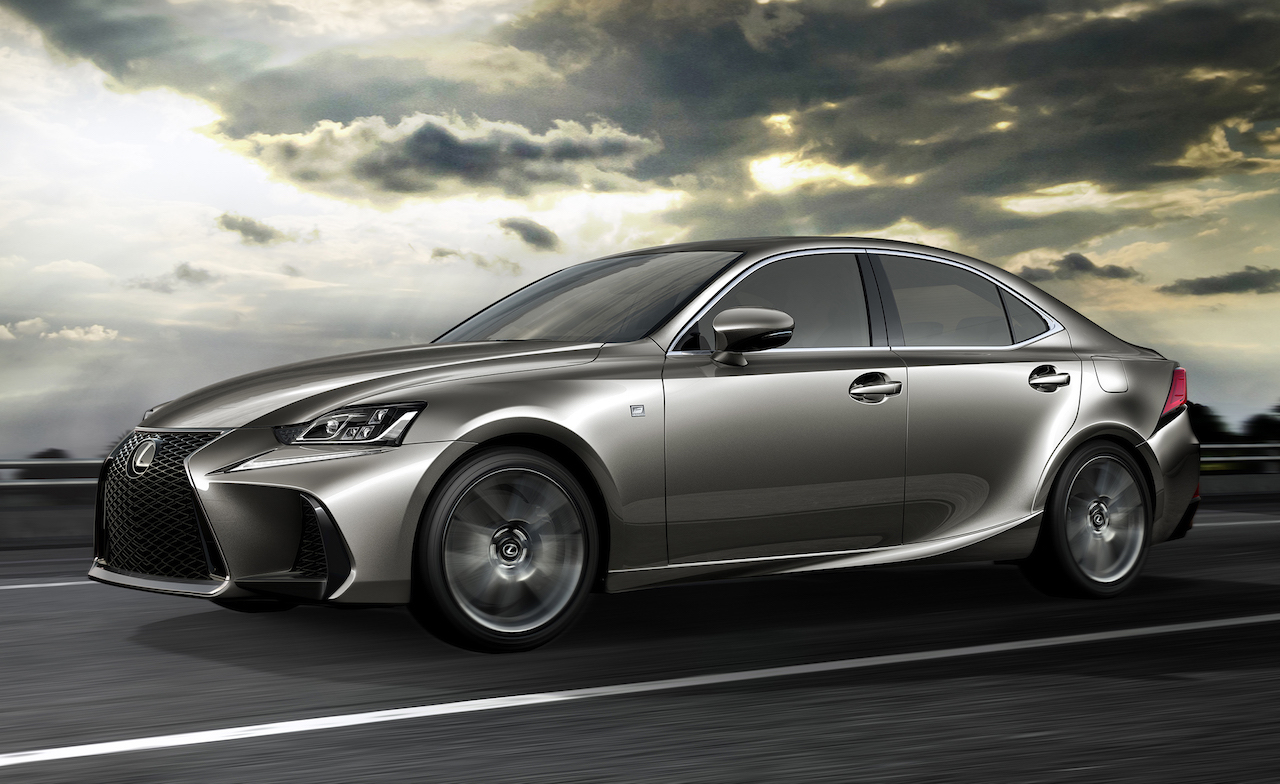 The facelifted, 2017 Lexus IS sedan has been unveiled at the Beijing motor show, bringing updated exterior styling and some revisions to the interior. 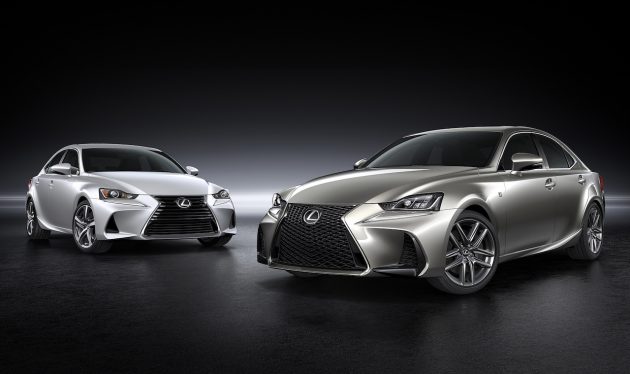 At the front Lexus designers have applied a new fascia to the IS, with new headlights, larger air intakes, and a revised spindle grille with a wider lower half for a fatter road stance. A reshaped bonnet has also been added on.

Lexus says it has applied some “thoughtful improvements” to the interior, with a larger infotainment screen being the star of the show. It has been enlarged from 7.0 inches to 10.3 inches, while the remote touch pad has been given side-mounted ‘enter’ buttons like on other recently-updated Lexus models.

Some new interior colours have been included in, with Moonstone and Ivory spicing up the range, along with hairline-finishes for a higher quality feel and appearance. New cup holders and a new leather-wrapped palm rest round out the interior updates. 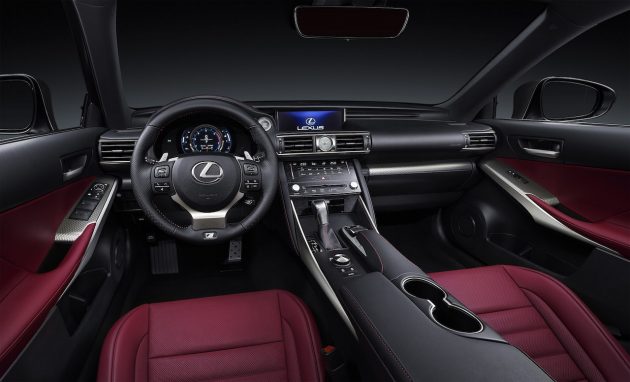 Under the bonnet, the engine lineup hasn’t changed. Buyers can select between a 2.0-litre turbo producing 180kW, a 3.5-litre V6 developing 233kW, and a 2.5-litre hybrid generating 164kW.

Lexus Australia is likely to introduce the new range locally before the end of the year, with overseas market entry set to take place slightly earlier.