The all-new BMW 1 Series M Coupe isn’t even officially on sale in Australia yet but tuning packs are already being developed. Meet the Kelleners Sport KS1-S, also known as, the first tuning kit for the BMW 1 M. Kelleners Sport has managed to extract more power from the engine and more attitude from the muscular coupe looks. 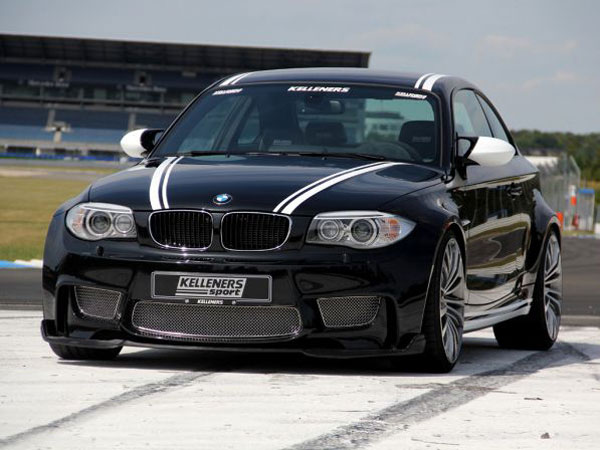 Starting with the engine, Kelleners Sport has retuned the ECU and fitted a freer flowing exhaust with high-flow 83mm tailpipes for the KS1-S pack. These mods nudge overall power figures from the standard 250kW to 301kW, while torque is stretched out from 450Nm (500Nm on overboost) to 550Nm.

To match the go-fast under-bonnet weaponry, Kelleners Sport has also prepared a tidy bodykit with the KS1-S. It’s far from over the top, there’s just minor extensions and a slightly more angry face to it. It includes an enhanced front bumper with stainless steel venting with a lower extension splitter along the bottom, as well as white stripes which run over the top of the car and along the sill.

The Kelleners Sport KS1-S package also comes with undercarriage revisions including fully-adjustable coilover suspension for the front and rear. According to Kelleners Sport, this gives the owner the opportunity to customise the ride and handling to suit their driving style and characteristics. Adjustments can be made to bound and rebound rates as well as the ride height levels. 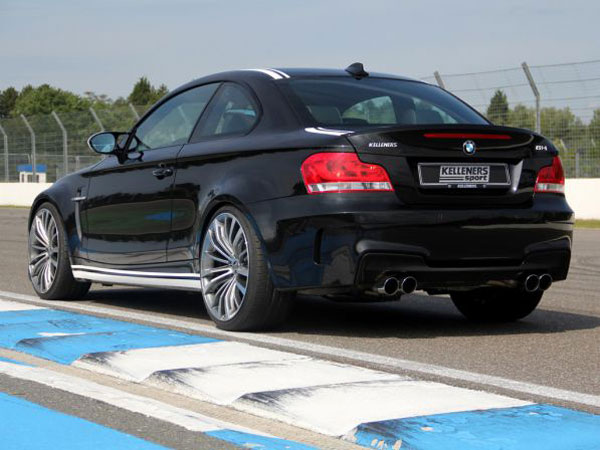 Gone are the BMW M3 CSL mesh-style 1 M Coupe wheels, these have been shelved in favour of some lighter weight Hamburg single-piece items measuring 9 x 20 inches on the front and 10 x 20 inches on the back. The rims are wrapped in 245/20 and 265/30 tyres front and rear, respectively.

So as one of the first tuning kits for the BMW 1 Series M Coupe – and surely not the last – what do you think? If you were one of the lucky ones to purchase the new car, would you modify it? Does the Kelleners Sport KS1-S pack tickle your fancy? We think Kelleners Sport has done a decent job on the KS1-1, as it hasn’t gone over the top or disrupted the natural factory characteristics too much.

The BMW 1 Series M Coupe will be launched in Australia in late August, priced from $99,900.

The BMW 2 Series range is expanding in Australia with the introduction of the 230i variant. It joins the existing...