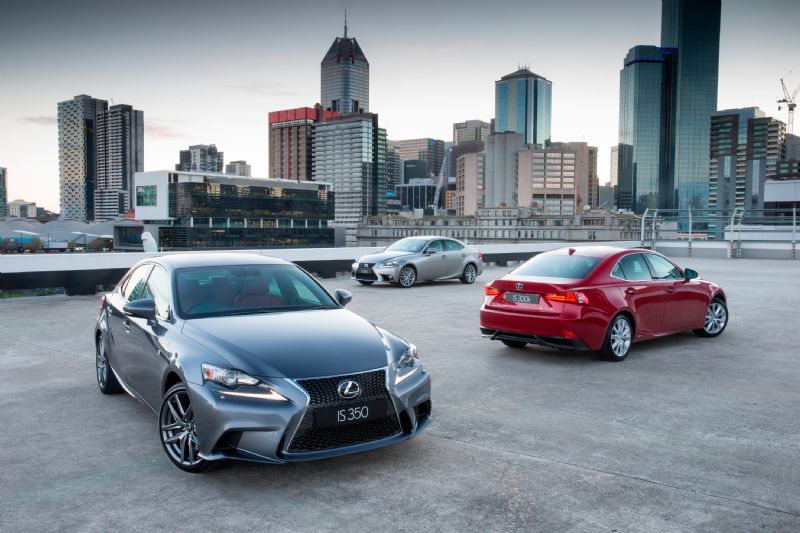 Lexus has announced the new 2013 Lexus IS range in Australia, including the IS 250, IS 300h hybrid, and range-topping IS 350. All variants are available in F Sport guise. 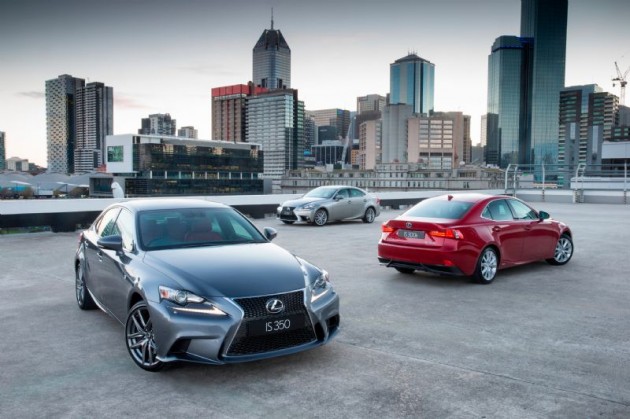 Although it may look similar to the outgoing model, Lexus is describing the new range as an all-new vehicle. It features a completely revised chassis with a longer (75mm) and wider platform, as well as big increases in body rigidity thanks to advanced construction techniques which have been implemented to give the IS a strong competitive edge over the popular German rivals.

Under the bonnets of each model sits the same engines as seen in the outgoing range, except for the new IS 300h which is the first hybrid IS to be offered. 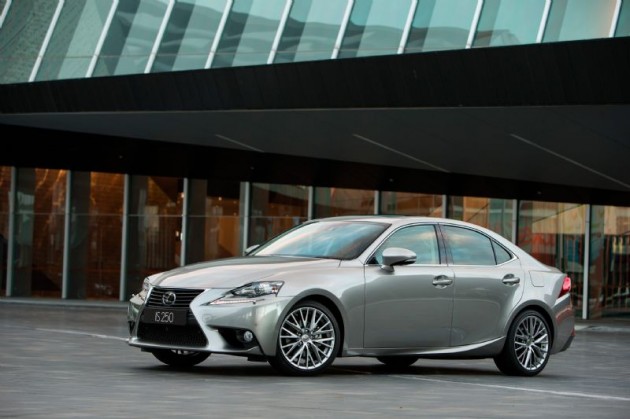 The IS 250 comes with a 2.5-litre naturally aspirated V6 producing 153kW of power and 252Nm of torque – unchanged from the outgoing model – matched up to a sports six-speed automatic transmission. The transmission offers blipping on the downshifts for that sporty character.

Stepping up into the IS 350, it comes with a powerful 3.5-litre V6 producing 233kW and 378Nm. It’s matched up to a new eight-speed automatic derived from the gearbox used in the high performance IS F V8 sedan. The new transmission offers a wider spread of gears with quick shifting and throttle blipping technologies. 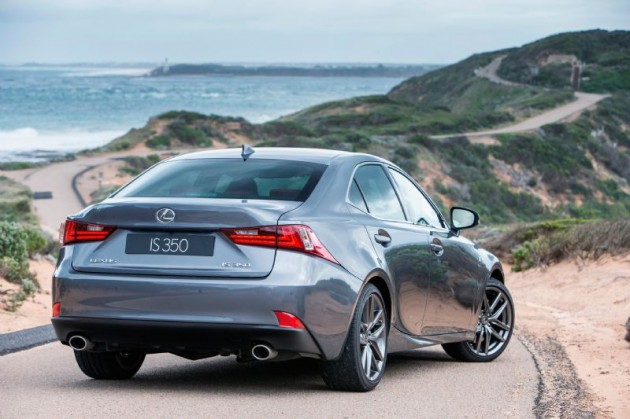 As for the new IS 300h, it features a 2.5-litre four-cylinder petrol engine paired up with an electric motor assist system. Overall power output is rated at 164kW, while offering an official average fuel economy rating of just 4.9L/100km.

The IS 300h comes with an electronically controlled continuously variable transmission (E-CVT), offering six-step shift logic and paddle shifters. Despite CVT setups notoriously being criticised for being lifeless and somewhat boring, Lexus says the transmission responds quickly to driver input and the road conditions. 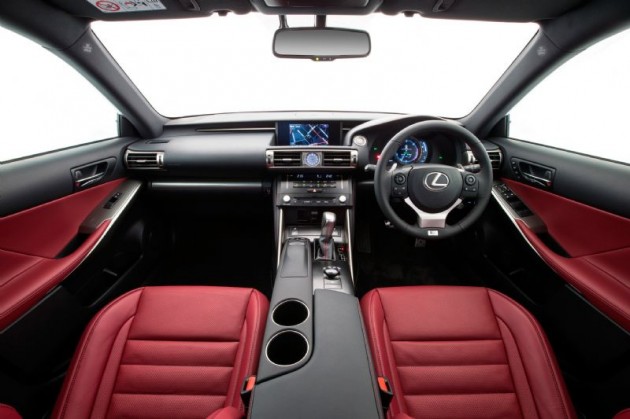 The IS 250 and 350 are available in three trim levels; the Luxury, F Sport, and Sports Luxury, while the IS 300h is available in Luxury and F Sport guise only. Prices for each start from the following (excluding on road costs):

The high performance 5.0-litre V8 IS F will continue on the market as is while the company assesses a possible successor.