In the last weekend of March, the 2012 Willall Pilatus Mount Alma Mile Hillclimb was held in Innman Valley, South Australia. The annually held event is located approximately 80 kilometres south of Adelaide, and attracts a huge range of performance vehicles from around the country. 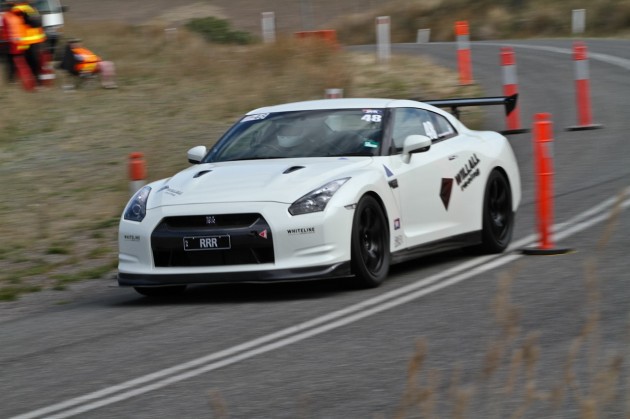 The 2012 Willall Pilatus Mount Alma Mile Hillclimb drew entrants from near and far in a large range of vehicles; everything from fairly standard Falcons and HSVs, to highly modified Japanese imports, even some old school Australian and American muscle, and the odd exotic car, like Kevin Weeks’ Lamborghini Gallardo.

For the 1.6km event, entrants were split into two main categories; ‘two wheel drive’ and ‘four wheel drive’, and then split into class categories. With the return of Kevin Mackrell in his mental Datsun 260Z, sporting a big block V8 and all-wheel drive system out of a Nissan Patrol, the pits were a buzz to see if anyone could beat him in the aptly named ‘VIAGRA’ Datsun Zed. 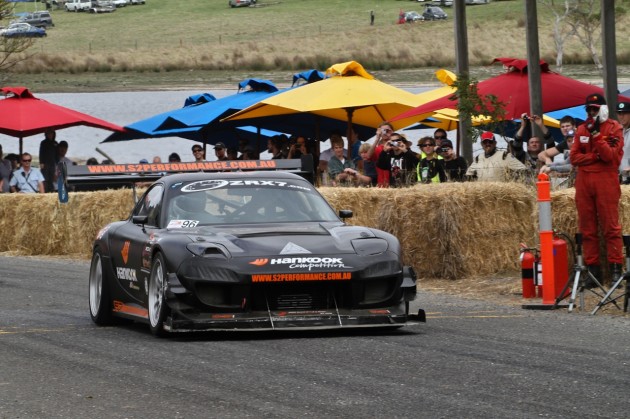 There were going to be a few that would try, like last year’s winner Sebastian Lip in his R35 Nissan GT-R, now sporting a 4.1-litre stroker kit pushing 671kW at all four wheels, and Tristan Catford in his Mitsubishi Lancer Evolution IX. Brad Trenwith in his time attack Mazda FD RX-7 was looking at taking out the top spot in ‘two wheel drive’ category.

After a quick a practice run, it was into the heats. With the points system working on the lowest accumulative time, you had to be quick but also consistent to make the Top 12 shootout on the Sunday afternoon. 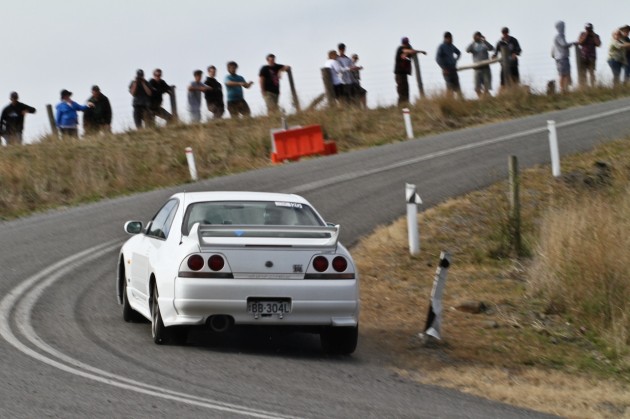 Straight out of the box Kevin Mackrell stamped his dominance with a time of 41.9, with the nearest entrant, Matt Drekow, running two seconds slower with a 43.9. With the Top 12 running constant 45 seconds and under, it was a great show put on for the spectators. A rare mistake saw Kevin Mackrell clip a bollard on his third run copping a five-second penalty, showing that even the best make mistakes.

It all came down to the Top 12 shootout on the Sunday afternoon. Kevin Mackrell had continued his form and took out the number one spot. There were however a few surprises, like Craig Michelmore placing 10th in ‘rear-wheel drive’ in an E-Series Falcon. He showed in a field of lightweight cars it’s not just the car that can determine a win, but the driver. 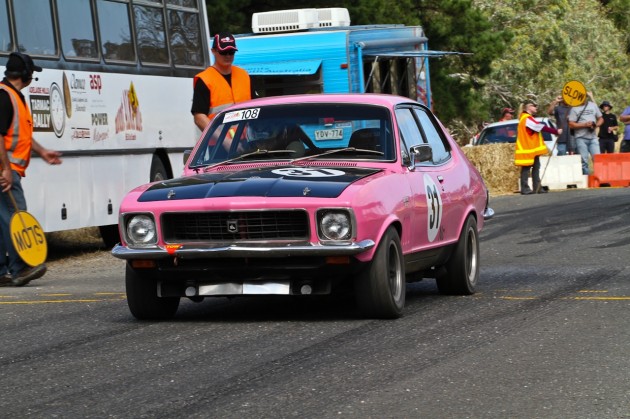 The shootout was full of drama, with Tristan Catford in his Evolution IX experiencing mechanical dramas and limping home with an uncharacteristic 1:04. Steve Knight in his Evolution XI also saw drama and was unable to finish his run, resulting in a DNF (did not finish). The big drama however was Kier Wilson in his Nissan GT-R R35, coming to grief and having a spectacular off just after the finish line.

Mackrell in his ‘VIAGRA ‘Datsun 260Z embattled his dominance over the weekend and took out the number one spot, being fastest overall and also taking out the number spot in ‘four wheel drive’.

In his first time entering the event, Brad Trenwith in his Mazda RX-7 took out the number one spot in ‘two wheel drive’ with a 44.06. He also posted a second-quickest outright time of 42.831 in the Top 3 Shootout. 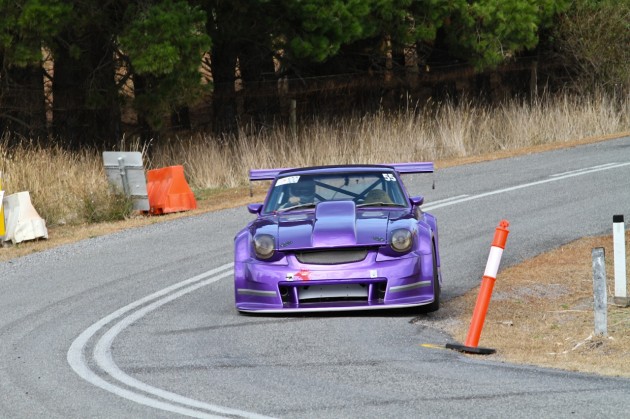 Head over to the 2012 Mount Alma Mile Hillclimb website for more information.