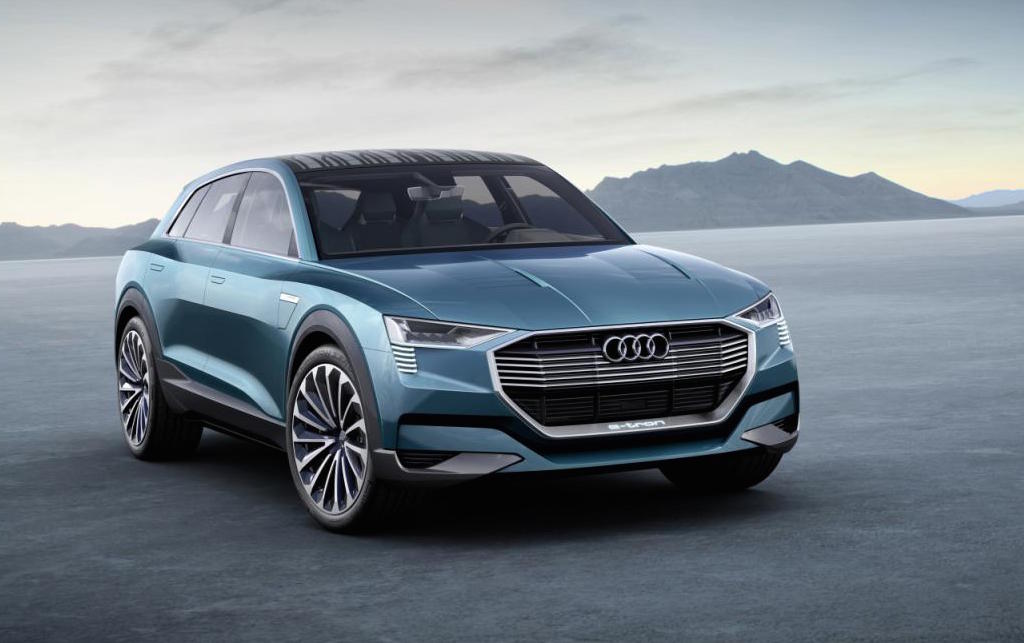 Audi has unveiled the e-tron quattro concept at the Frankfurt Motor Show in Germany, giving us a preview to a future luxury SUV. 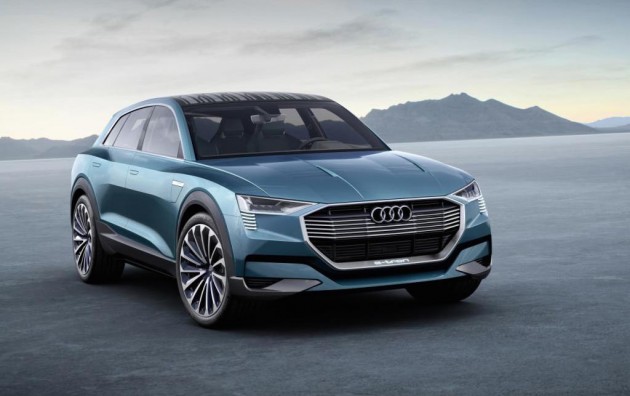 Although it is just a concept car at this stage, an Audi executive has straight out said this concept “provides a concrete foretaste” of an all-electric, luxury-class sports SUV planned for market entry in 2018.

In concept form, Audi is showing off its technology potential with the e-tron quattro. It’s powered by three electric motors, with two at the rear and one at the front. They combine to generate a whopping 370kW and 800Nm.

Out on the tarmac the system is potent enough to see 0-100km/h conquered in just 4.6 seconds. Keeping your right foot pinned results in a limited top speed of 210km/h.

Drivers are presented with various driving modes, including a Torque Control Manager that actively distributes torque between the rear wheels during winding road driving. This provides a vectoring capability, ensuring maximum stability and cornering grip. There are also modes for the energy regeneration function, with varying degrees of recuperation aggression.

With a fully charged 95kWh battery, the concept offers a range of over 500km. Audi says a recharge using a DC charging column with an output of 150kW takes around 50 minutes. It also comes with wireless charging technology for pure convenience. A solar panel on the roof contributes to the charge level in sunny conditions too.

The design showcases Audi’s future theme, with sharp panel contours, a huge front grille, neatly bolstered wheel arches, and a swooping coupe-like roofline. It is very slippery as well, with a drag coefficient of just 0.25.

On the inside, the e-tron concept is packed with interesting tech, such as a ‘virtual cockpit’ with a curved OLED interface comprising of multiple screens. An LTE module connects the vehicle to the internet for full functionality and update capability. 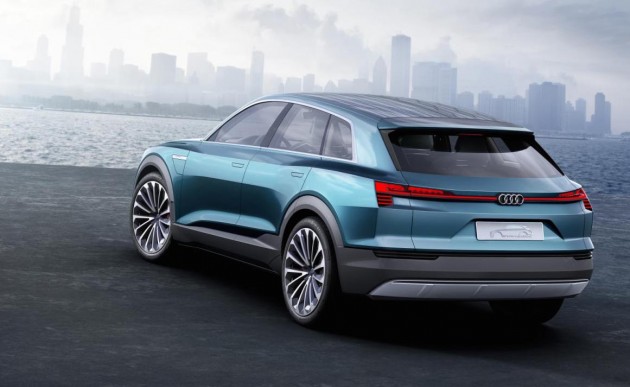 Speaking about the concept and its place in Audi’s future showroom lineup, Prof. Dr. Ulrich Hackenberg, member of the Audi board of management for technical development, said,

“Audi will present an all-electric, luxury-class sport SUV in early 2018. The Audi e-tron quattro concept provides a concrete foretaste of this. It combines driving pleasure with great range, an expressive design and excellent comfort.”