There seems to be a bit of a trend going lately with companies offering performance powerkit options for their vehicles. The latest comes from Porsche and the new 2012 991 Porsche 911 Carrera S. 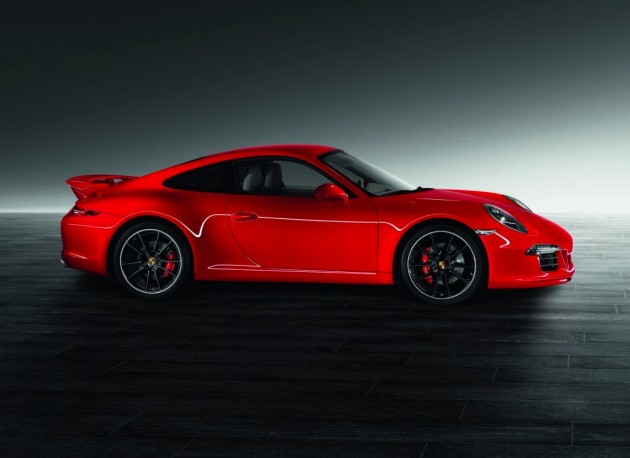 The German company is offering further enhancements for the already high performance Carrera S, boosting power from the original 294kW rating up to a very decent 316kW. The increase gives the 911 a new top speed of 308km/h, up from 306km/h. Despite the boost, fuel economy apparently remains unhampered (9.5L/100km manual).

Mechanical changes to provide the power boost include new cylinder heads and camshafts, a variable intake system, and a sports exhaust with sound control options inside the cabin, as well as ECU tweaks.

With just a quick glance, the exterior enhancements almost give the 911 a bit of a 993 Turbo look (especially in image above). Porsche is offering a new front spoiler and intake arrangement, and the choice of two rear spoilers; a ducktail-style wing or a fixed ‘Aero Cup’ item. 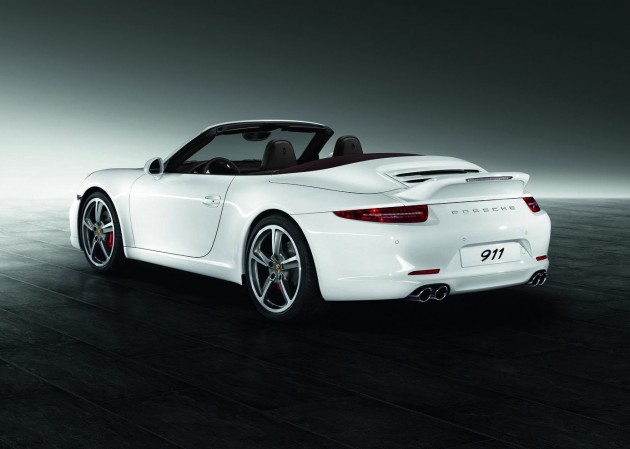 Other bespoke highlights include tinted rear windows, new alloys, and various new interior trim options to give your 911 a personal touch.

This is the third time this month a company has announced factory performance upgrade options. First it was Mercedes-Benz and AMG with the Performance Pack, then Volvo with the Polestar options, and then McLaren adding 25kW more recently with the service update, and even Toyota with the new Toyota 86 GTS aero kit.

We think these are some great moves for the auto industry, as it keeps the enthusiasm going, and us enthusiasts – who like to add a bit of uniqueness to our cars – happy.

We’ll keep you updated as to whether these options will be made available in Australia. Stay tuned.