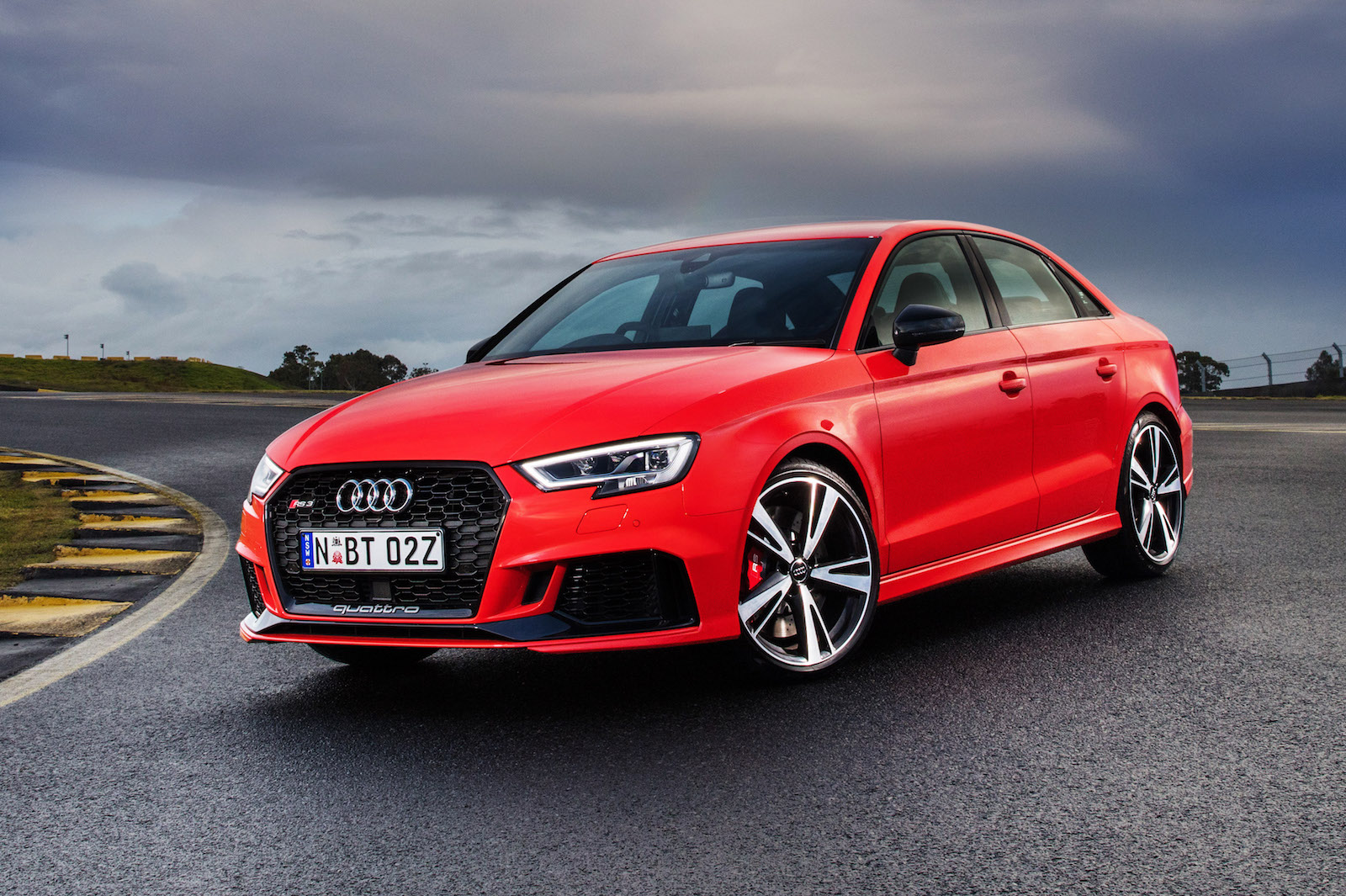 The new Audi RS 3 sedan has arrived in Australia, packing the most powerful five-cylinder engine Audi has ever made for a production car. 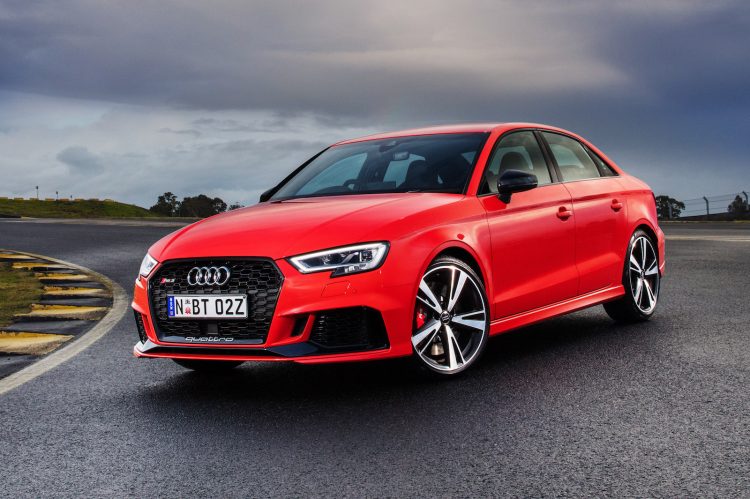 Revealed earlier this year, the new RS 3 is based on the recently updated A3 sedan. It features an aggressive yet subtle aero kit, with deeper front intakes, a neat diffuser and lip spoiler at the back, and a set of 19-inch alloy wheels wrapped in 235/35 tyres.

As for the go-fast bits under the bonnet. There sits a 2.5-litre turbocharged five-cylinder engine developing a colossal 294kW of power and 480Nm of torque. This is a freshly developed version of the iconic engine.

It’s able to produce this much power thanks to a large turbocharger running at up to 19.6psi, with dual injection (direct and multi-point), Audi valvelift technology, and all housed in a new aluminium crankcase that saves 26kg over the previous engine.

This is sent through a seven-speed dual-clutch S tronic transmission which is lighter in weight compared with the previous setup, with all-wheel drive ensuring maximum grip.

Off the line the new RS 3 sedan is able to conquer the 0-100km/h sprint in just 4.1 seconds, which is 0.2 seconds quicker than the predecessor. Despite this incredible performance, fuel economy is rated at 8.4L/100km on the combined cycle.

As standard the new model comes with Audi’s virtual cockpit display for the driver, just like the latest S3, along with a comprehensive MMI media interface with a 180W, 10-speaker sound system. Users also get a 10GB storage drive, digital radio, and Audi Connect with in-car Wi-Fi hotspot functionality.