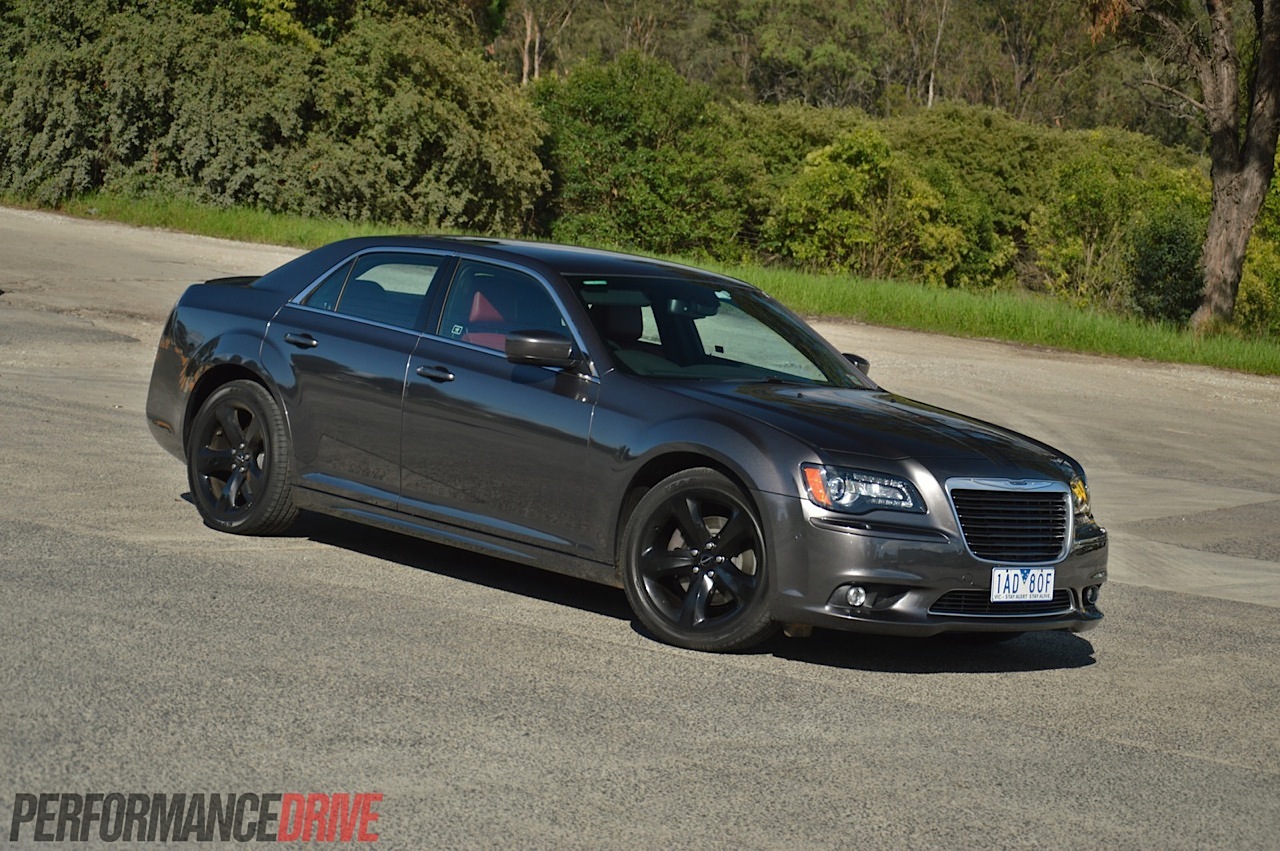 Some cars just ooze cool, and the Chrysler 300S is certainly one of them. From its intimidating road presence, fat wheels and lux interior trimmings, the 300S is everything you want in a moderately priced large sedan. But is it a suitable replacement for the Commodore or Falcon? 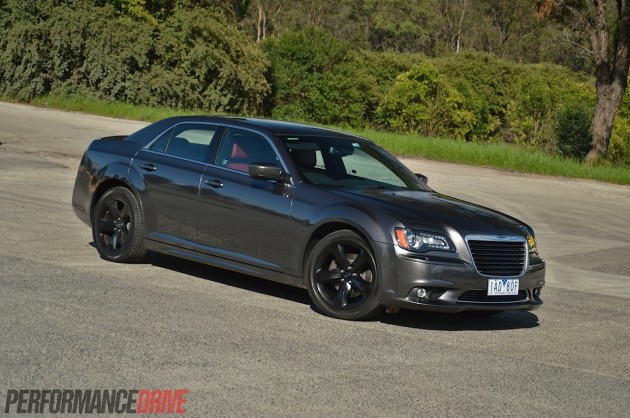 For fans of big Aussie sedans, 2013 was a horror year. Not only did the Ford announce the Falcon’s end was nigh, Holden broke our hearts even further when it announced the Commodore would meet a similar fate.

But while all this was happening, Chrysler was cleverly putting together a sedan that can potentially fill the void for lovers of the large sedan segment. With all the creature comforts of its more powerful V8 cousin but without the price tag, the 300S is poised to become one of the most affordable large sedans in the Australian market over the coming years. 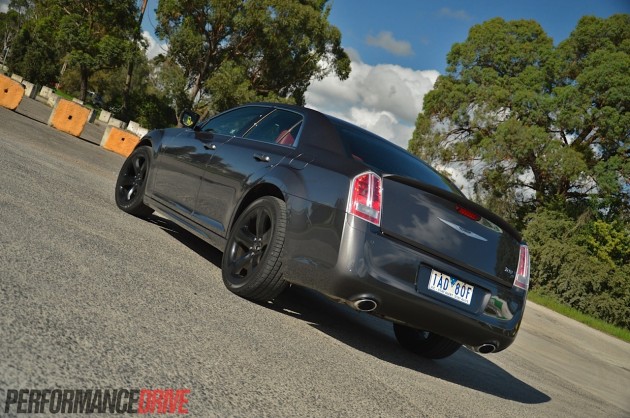 Chrysler has ramped up the luxury with the 300S, leaving no stone unturned in an effort to bring about comfort and sportiness. The first thing you’ll notice when opening the door is the red leather interior, which smacks you right in the face – much like the rest of the car.

The best parts of American styling excess have made their way into the 300S, starting with the luxurious white stitching breaking up the deep red tones and the seats that have two heating levels; warm and boiling. We suggest sticking with the former.

Other neat touches include heating functions for the two outter rear seats, an electric rear windscreen blind, cool blue backlighting for the instrument cluster, and dual-zone climate control. The steering wheel is also heated and can be adjusted electronically.

With the key inside the car and your foot on the brake, the 300S starts with the push of a button. The seat remembers its last position and will automatically shift to your preferred setting. When you turn the car off, the seat moves all the way back to make getting out as easy as possible.

The face of the steering wheel has buttons for cruise control while buttons for music are on the back below the paddle shifters. It takes a while to learn which button controls what because you can’t see them, so you’ll find yourself pressing buttons on the big Uconnect touch-screen in the dash instead.

Speaking of the dash, the almost-square touch-screen is fantastic. The system features iPod connectivity, GPS sat-nav, seat and steering wheel heat controls and digital radio. The GPS is quite intuitive too and will tell you which lane to be in when driving on those confusing multi-lane highways.

Scrolling through the songs on your iPod can be a chore on the touch-screen. Fortunately there’s a wheel below the screen so you can do it manually. It’s much easier. 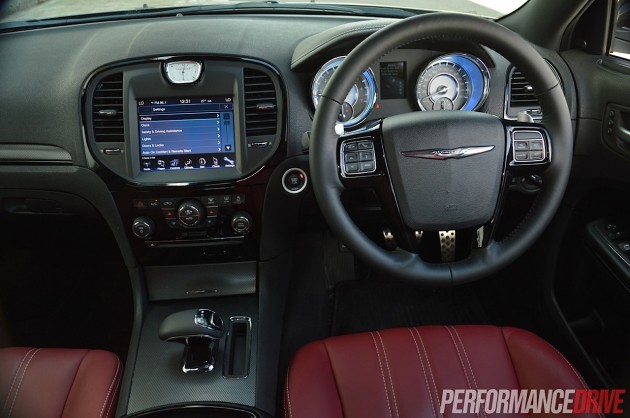 The centre console has two big cup holders, which also come with special cooling functions at the click of a button. The power outlet and USB input are inside the console itself, and inside has a number of compartments to keep things hidden away from prying eyes.

To keep the centre console clean from clutter, Chrysler has mounted the handbrake in the foot well where a clutch pedal would normally be, like an old work ute. Once you get used to pushing your foot down to engage the handbrake it’s no problem, but it does intrude on legroom a bit.

Considering the 300’s giant cabin, there’s not as much legroom for rear passengers as you might think. That’s not to say it’s not comfortable or spacious, but it doesn’t look or feel much bigger than what’s offered in the rivals.

Boot space isn’t the biggest in the class either, partly due to the big wheel arches taking up some of the space on both sides. The overall volume on hand is 462 litres; Ford Falcon 535L and Holden Commodore 495L.

One of the biggest improvements in the 300 range is the updated exterior styling. Starting from the big shiny grille at the front, the LED daytime running lights, to the Bentley-like bodylines flowing to a sharp rear end that looks both blocky and sporty, it’s an attractive machine. Add the black 20-inch alloy wheels featured on the 300S and you’ve got yourself a tough-looking streeter. 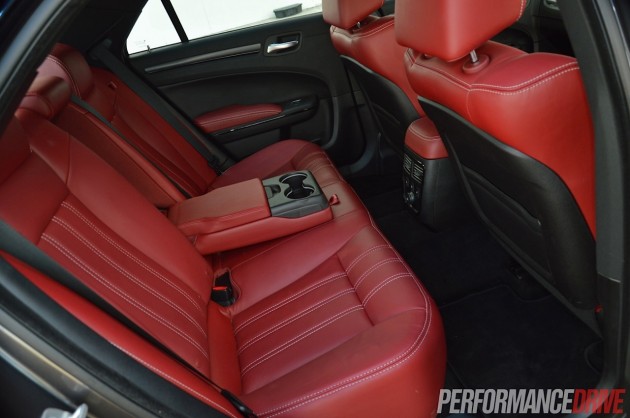 Lurking in the 300S’s engine bay is Chrysler’s award-winning 3.6-litre V6 Pentastar engine, which produces 210kW and 340Nm. The engine is coupled to an eight-speed ZF auto gearbox, making it a reasonably advanced driveline combination.

It’s slow to get off the line and first gear seems to drag out for too long, but performance is respectable for a large heavy sedan. We timed 0-100km/h in 7.2 seconds.

The only problem is it has to lug around almost 2000kg of car, so in theory the 300S is a heavy drinker. There is a gap between the official combined fuel consumption figure of 9.4L/100km and the real-world figure of around 11L/100km, with a mix of highway, suburban and spirited driving. It’s not terrible but it’s not the best. If the 3.0-litre turbo-diesel was available in this ‘S’ model, we’d say go for that every time. It serves up 550Nm and offers similar performance (0-100km/h in 7.0 seconds as timed by PerformanceDrive).

The strong point is cruising. Whether that’s burbling through busy streets or stretching its legs on the highway. The eight-speed keeps the engine humming along nicely and the extra gears at the top mean it’s not quick to rev out. In normal driving mode and with your foot gently on the throttle, the word “ECON” in green letters flashes up to let you know you’re being kind to the environment (and saving fuel).

In saying that, turning off the traction control and switching to sport mode is where some fun can begin. The V6 engine doesn’t have much low-end torque, but bring the revs up and you’ll be flying in seconds. Sharp taps of the paddle shifters allow you to keep the revs high and it’s at the top end where this car really shines. It has long legs and it loves a good gallop out on the freeway.

The sticking point is getting the 300S moving off the line. The engine has its work cut out for it pulling the 1897kg mass off the line, and planting the throttle still only allows the car to lurch more than launch.

Aside from the straight-line performance, the ride is smooth and very relaxing. The suspension does a fantastic job of ironing out the bumps on the road. It’s only when you point it through corners that the 300S feels a tad unbalanced. The body tends to sway through the twisty stuff instead of move with the wheels and tyres.

Chunky brakes have the 300S pulling up quickly and firmly and it’s only through repeated abuse that they start to fade. The meaty stoppers are a must for a car this size, because there’s a lot of vehicle to pull up in hairy situations.

But who needs cornering when you’re rolling around in a car as impressive as this? Cornering was never going to be the 300S’s strong point and we’re pretty sure it was never Chrysler’s goal in the first place. This car is about being king of the road, not finessing around a track. 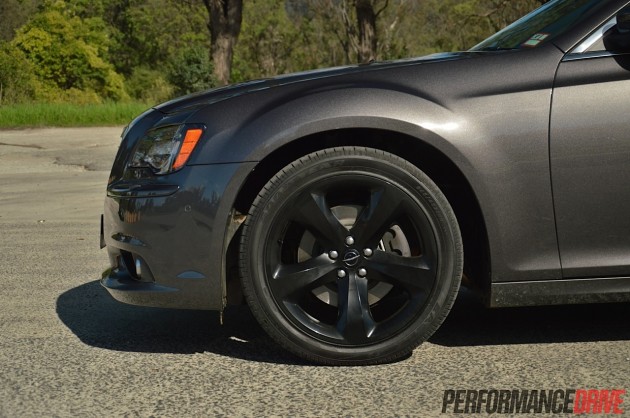 There’s so much we enjoyed about this car it’s hard to know where to start. The gorgeous interior and all the gizmos inside will keep you entertained for hours, and that badass road presence is sure to turn heads wherever you go.

Chrysler has focused on creature comforts and clever styling over optimised suspension setups and supernatural steering, and the 300S is better for it. This car was built for cruising and that’s what’ll sell cars on the lot.

So when we do eventually say goodbye to our beloved Commodore and Falcon, take solace in the fact Chrysler will probably keep building big loud, cool sedans in the future.

CONS:
– So big it can be difficult to park
– Sluggish engine and transmission combo
– Crude handling 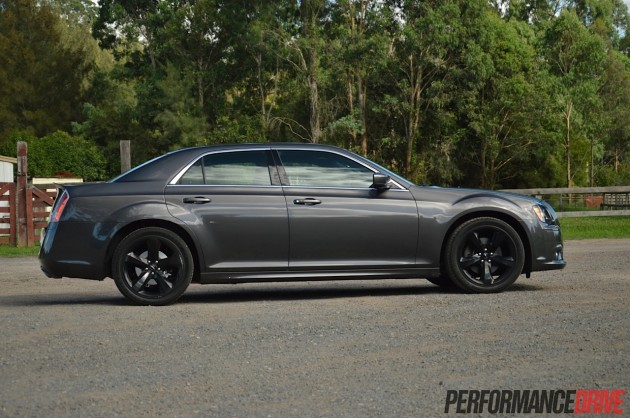